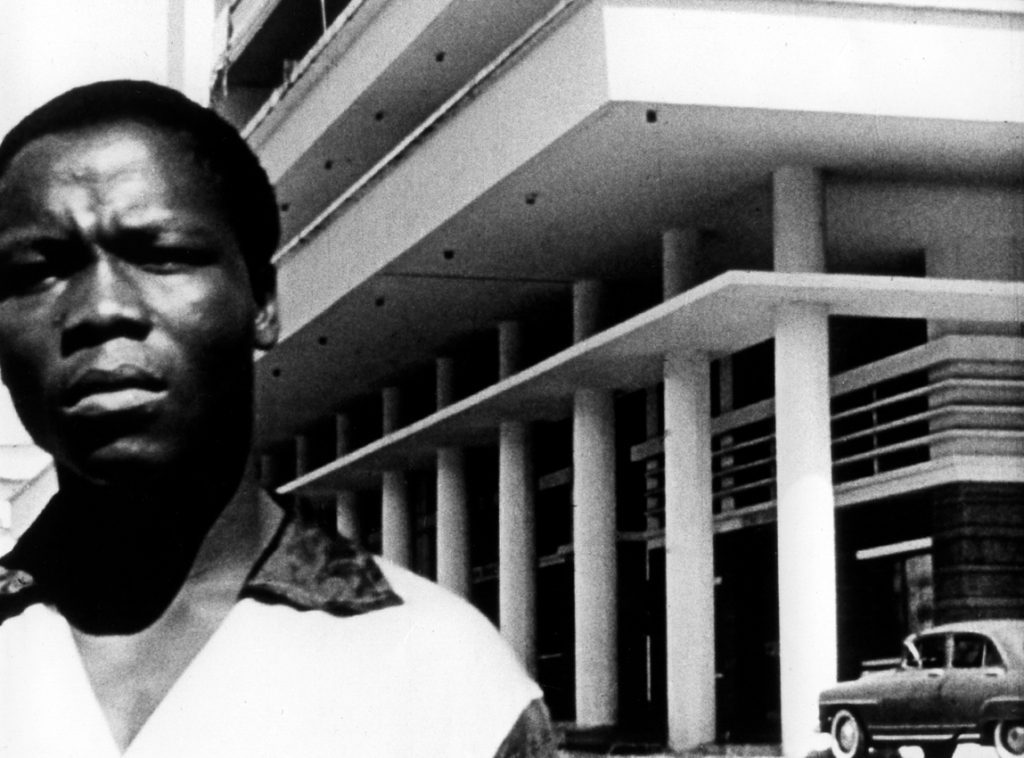 Winner of the prestigious Prix Louis Delluc in 1958, MOI, UN NOIR marked Jean Rouch’s break with traditional ethnography, and his embrace of the collaborative and improvisatory strategies he called “shared ethnography” and “ethnofiction.”

“The film depicts an ordinary week in the lives of men and women from Niger who have migrated to Abidjan, Cote D’Ivoire for work. After a short introduction by Rouch, “Edward G. Robinson”-Omarou Ganda, who like the film’s other subject-collaborators plays himself under the name of a Western movie star-takes over the film’s narration, recreating dialogue and providing freewheeling commentary on his experiences.

Robinson describes the bitter reality of life in Treichville, a poor inner suburb populated largely by migrants, and his work as a day laborer (bozori) in the ports. When the weekend arrives, he and his friends go to the beach and the bars, but even during this brief respite from their drudgery, they remain second-class citizens. MOI, UN NOIR also brings inside Robinson’s richly detailed inner life, as he describes his fantasy of becoming a championship boxer, his dream of marrying “Dorothy Lamour” (Gambi, another Nigerien migrant), and his childhood memories of Niger.

MOI, UN NOIR captures both the sorrows and the occasional joys of these migrants’ experience in all their psychological complexity. A landmark of documentary cinema, Rouch’s stylistic innovations here exerted a profound influence on the French New Wave, and his collaborative process helped bolster the national cinemas of West Africa.” – Icarus Films

Introduced by Dr. Nancy Schiesari, Producer/Director/Cinematographer and Professor, Department of Radio Television Film, with discussion following. Free and open to the public, no rsvp necessary.