October 9th marks the fiftieth anniversary of the death of Ernesto ‘Che’ Guevara.  Among the documental gems housed in the Lyndon Baines Johnson Presidential Library is Guevara’s last interview.  It occurred on the very morning of his execution.  A Cuban-American agent of the Central Intelligence Agency, Félix Rodríguez, conducted the interview.  Rodríguez composed a memorandum of his talk with the revolutionary and sent it from Bolivia to CIA headquarters at Langley, which forwarded it to the White House.

The CIA agent even convinced Guevara to pose for his last live photograph.

For years, the Central Intelligence Agency had been tracking the activities of the Argentinean-born revolutionary who served as Fidel Castro’s guerrilla lieutenant, economic czar, and international agent provocateur.  In the spring of 1964, CIA lost the scent.  They speculated that Che Guevara was dead.  The White House did not learn that he might still be alive until April 1967, when Bolivia’s president, René Barrientos, wrote directly to President Johnson requesting urgent military assistance.  Barrientos was facing a guerrilla uprising by both Cubans and Bolivians led by the legendary El Che.

Why Bolivia?  Guevara had grown weary of his leadership role in socializing Cuba’s economy and having to explain why production had declined drastically.  At the same time, his diplomatic role involved justifying Cuba’s deviation from the doctrines of its chief benefactors in Moscow.  Fidel and Che aided revolutionary insurgencies abroad at a time that Soviet leaders carried on policies of “peaceful coexistence” with the West. 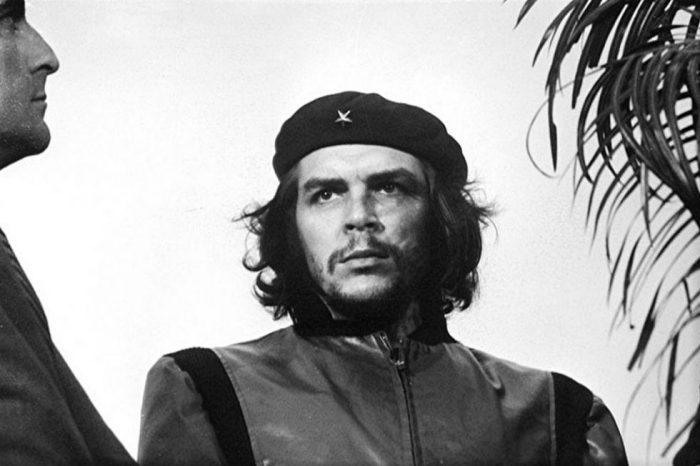 Ideologically, Guevara had more in common with Chairman Mao Zedong than Leonid Brezhnev.  Yet on his final trip to Beijing, Mao refused to meet with Che.  Other Chinese officials accused him of “revisionism” for accepting aid from the Soviets.  Guevara decided to retire from politics and economics and devote himself to what he knew best – guerrilla warfare.

Che Guevara had always fancied himself as Latin America’s chief guerrilla strategist.  He suggested that the lessons of the Cuban Revolution could be replayed elsewhere in Latin America.  Guerrilla movements were still active in Central American and in Colombia and Venezuela.  His idea was to spread thin the forces of imperialism, to “create two, three Vietnams,” as Guevara wrote in his famous message to the Tricontinental Conference.  Che, then 38 years old, wanted to ignite the revolution in Southern South America while he still had the stamina he had under Fidel’s orders nine years earlier.

In the eastern foothills of Bolivia, Che assembled a fighting force of about fifty men, divided between thirty Bolivians and the rest Cubans and other foreigners.  Remarkably, neither the CIA nor Latin American customs officials had picked up any indication of the movement of men and arms into the heart of South America.  Guevara had planned that Paraguayans, Peruvians, and Brazilians would join his group and gain sufficient skills to begin guerrilla uprisings in their own countries.  Eventually, Che wanted to return to his native Argentina with a band of his own paisanos.  It was not to be.

The White House responded to President Barrientos by dispatching two Cuban-American CIA agents and seventeen Green Berets from the Panama Canal Zone.  The Green Berets were to train a battalion of Bolivian guerrilla-hunting rangers.  The intelligence agents offered to supervise Bolivian units in the field.  Agent Félix Rodríguez was assigned to the Bolivian Army at the rank of a captain. 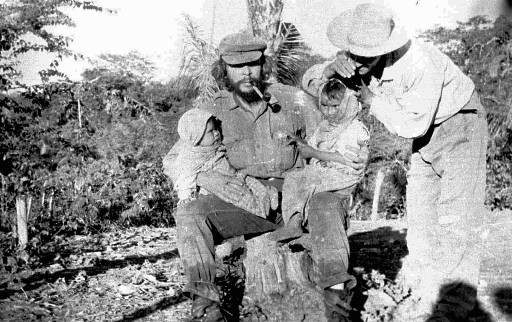 Che in Bolivia, 1967 (via Wikimedia Commons)

Months of isolation and firefights with Bolivian forces had reduced Che’s group from fifty to some twenty men by the end of September 1967.  At that moment, the first units of the ranger battalion trained by the US Special Forces arrived on the front lines.  In its first battle with the guerrillas on October 8, a company of rangers captured the leader.  “Don’t shoot,” he yelled.  “I’m El Che and I’m worth more to you alive than dead.”

Guevara’s surrender allowed several of his men to retreat, though the rangers caught up and killed many of them.  On the morning of the next day, Agent Félix Rodríguez flew to the small hamlet in eastern Bolivia where the wounded Che was held prisoner. The CIA agent pleaded with the commanders to permit him to take Guevara to the Panama Canal Zone for interrogation, but they informed him that President Barrientos had already announced that Che had died in battle the day before.

Rodríguez went to talk to Che Guevara.  “Nobody interrogates me!” said Che, although he did consent to have a conversation with the CIA officer.  Rodríguez untied the captive and invited him outside into the bright sunlight for a photo.  The agent and the prisoner returned inside for a chat.

Che refused to denounce Fidel. He told Rodríguez that Castro was not a communist until after he came to power.  Moreover, Guevara wanted Fidel to know that the revolution in Latin America would ultimately succeed.  Che advised his wife back home in Cuba to marry again.  He knew he was going to die, reported Rodríguez, but “Che never lost his composure.”

Within a few minutes, a Bolivian sergeant came to shoot the world famous revolutionary.  “Let me stand up,” El Che said to him.  “Know that you are killing a man! Now shoot, dammit!”

[Richard Helms, Director of the CIA]

Also by Jonathan C. Brown on Not Even Past:

On the Future of Cuba-Texas Relations
How Washington Helped Fidel Castro Rise to Power
Capitalism After Socialism in Cuba
On the Phone with LBJ and Panamanian President Roberto F. Chiari

Yoav Di-Capua on the story behind an image of Che in Gaza
Edward Shore reviews Che: A Revolutionary Life by Lee Anderson
Franz D. Hensel Riveros reviews Che’s Afterlife: The Legacy of an Image by Michael Casey