This year’s John Ferguson Prize for Best Undergraduate Thesis went to Kate Maddox, a history major at the University of Texas at Austin. Her thesis explored the European political, social, and ideological influence in the making of the Lebanese city of Beirut. Read her abstract and take a look at some old photographs of early twentieth century Beirut below.

The processes that led to the remaking of Beirut reveal European powers’ economic penetration of the city, which resulted in to an ideological penetration of the city. This ideology, informed by the Enlightenment and French conceptions of modernity, manifested itself in several dominant themes, both in the period of informal European influence under the Ottomans and continuing during the period of direct French rule under the Mandate system.

In their production of the city center, and in the Ottoman urban planning projects that preceded the Mandate, French efforts drew directly and indirectly on concepts of the Enlightenment and modernity as well as other trends in imperial city building. The theory behind the making of a space deserving of the nickname “the Paris of the Middle East” can be divided into three motives, each addressed in turn in this thesis. The first, accessibility between the port and the city, owes more to economics than the social paternalism that marks imperial efforts of Westernization. The second principle manifests those efforts, the improvement of permeability of the downtown area and its buildings. Finally, the threat posed by disease and illness for the local population and, more importantly, European agents unaccustomed to the environment, combined with the concept of individual needs resulted in a focus on public health and hygiene. These ideas, however, are not mutually exclusive and developments often addressed all three. But together they drove the planning schemes in the central district that created the urban landscape that still exists, for better or worse.

Katherine Maddox was born and raised in Houston, Texas. In 2008 she graduated from the High School for Performing and Visual Arts where she specialized in clarinet and bass clarinet. In the summer of 2011 she traveled to Beirut, Lebanon to study Arabic at the American University in Beirut and conduct research for her thesis. After completing her bachelor’s degree in history at the University of Texas she is travelling to Tanzania to climb Mount Kilimanjaro. Following that she will be returning to Beirut where she will continue her Arabic studies and work for an NGO.

The city of Beirut witnessed a legendary amount of violence during the fifteen year long Lebanese Civil War. 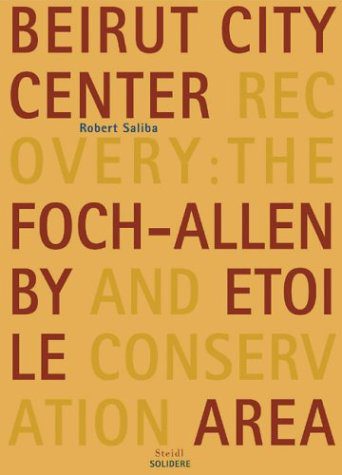 News programs the world over broadcast it into the homes of millions of people from 1975 till the Lebanese Parliament ratified the Taif accord in late 1989. Less well known is the reconstruction process that began in the Lebanese capital almost immediately after the war ended and which continues today. After commissioning but failing to implement an initial plan in 1992, the Lebanese government entrusted the reconstruction to Société libanaise pour le développement et la reconstruction de Beyrouth (Solidere), which was founded by then-Prime Minister Rafic Hariri, in 1994. Focusing primarily on the downtown area, the company sought to preserve what few buildings remained, create an international business district, and make a profit. As is the case with many urban reconstruction projects, Solidere’s plan was met with resistance and protest, especially considering the still-divided nature of Lebanese society. Therefore, Solidere took on the secondary task of defining and emphasizing an architectural heritage that could bridge the sectarian gaps inherent to Lebanon and thus Beirut.

In his book commissioned by Solidere, Beirut City Center Recovery: The Foch-Allenby and Etoile Conservation Area, Robert Saliba provides an historic and architectural commentary to accompany the physical work undertaken by the company. Saliba, who is an Associate Professor of Architecture and Graphic Design at the American University of Beirut, has published extensively on colonial architecture in Beirut from the Late Ottoman and French Mandate periods, and was thus the ideal researcher to provide Solidere with the historic justification and explanation of their project. Like many of his other books, Beirut City Center Recovery is a multimedia visual study as well as a scholarly work. It traces the development of the zones around Rue Foch and Rue Allenby and Place de l’Etoile from their emergence and consolidation at the turn of the 20th century up to their current contested renovation. Like the reconstruction project he ultimately validates, Saliba must synthesize the diverse history of the Beirut Central District. Not only does he provide an historical account supported by archival images and maps, the last third of the book is comprised of comprehensive architectural surveys of the remaining historic buildings in both zones. With access to private collections, including Solidere’s own private archive, Saliba provides an unprecedented look into the history that informed Solidere’s plan. 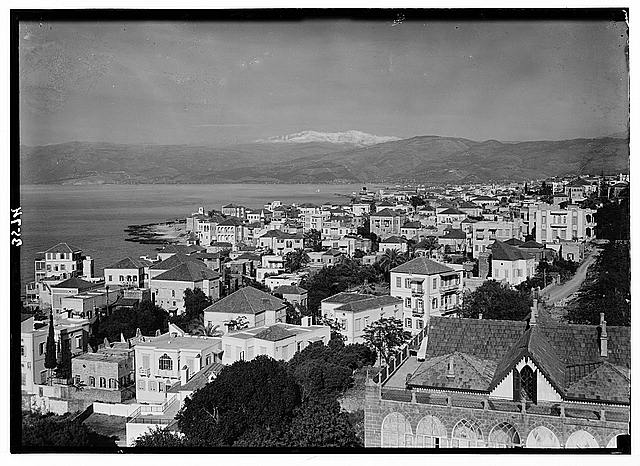 Weighing in at five pounds, Beirut City Center Recovery could be deemed a “coffee table book” and indeed its strongest elements are its visuals, including haunting photos of downtown’s deserted streets taken directly following the Lebanese Civil War and after their reconstruction. No other book exists that so wholly addresses the often-disputed visual character of downtown Beirut. However, just as many critics of Solidere’s new downtown accuse the company of glossing over the legacy of the war, Saliba also neglects any real commentary on this chapter in Beirut’s history. Perhaps, as is the case with Solidere, Saliba wants the downtown area to transcend the sectarian conflict that divided the city for fifteen years. Since the book was published in 2004, Beirut has seen a war with Israel, the assassination of Rafic Hariri and many others, and the rise to power of Hizbollah. In light of this, Beirut City Center Recovery has become a historical artifact in itself, an optimistic presentation of a unitary space in a city, and a country, that is still very divided. 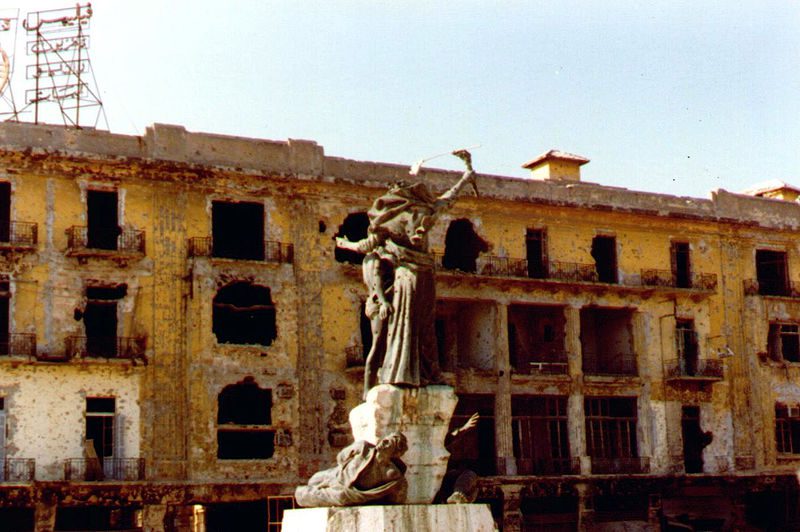