The Book of Negroes is an extraordinary historical resource, a meticulous list drawn up by the British authorities between May and November 1783, in which they recorded the personal details of some 3,000 African Americans evacuated from New York. The great majority of these people were originally enslaved workers who had defected to the British and were now leaving America as free people. The most significant thing about the Book of Negroes is that most people are recorded with surnames that allow them to be tracked through the archives. It is organized by ship with each person given a name, in many cases with a surname, age, brief description, owner’s name, date of absconding, geographic location and, where appropriate, the name of a loyalist sponsor. Even though the surnames of listed individuals are often misheard, the ages are wildly inaccurate and the time of absconding is ambiguous, we simply don’t have demographic data like this about enslaved people in the eighteenth century in any other source.

In addition to the Book of Negroes, a related resource is the muster of black settlers at Birchtown 1783/1784, which was created by the British authorities for the purposes of distributing rations at the biggest black settlement in Nova Scotia. This list provides first names and surnames, ages and sometimes occupations and, crucially, it is organized by households with the names and ages of wives, children and other household members. In addition, the British archives yield other lists of black refugees including Revolutionary musters, land grant schedules in Nova Scotia; Nova Scotia parish records of the settlements of Birchtown, Digby and Annapolis and lists of people migrating to Sierra Leone. These are all partial lists and frustratingly opaque, but they all provide surnames and some demographic information. 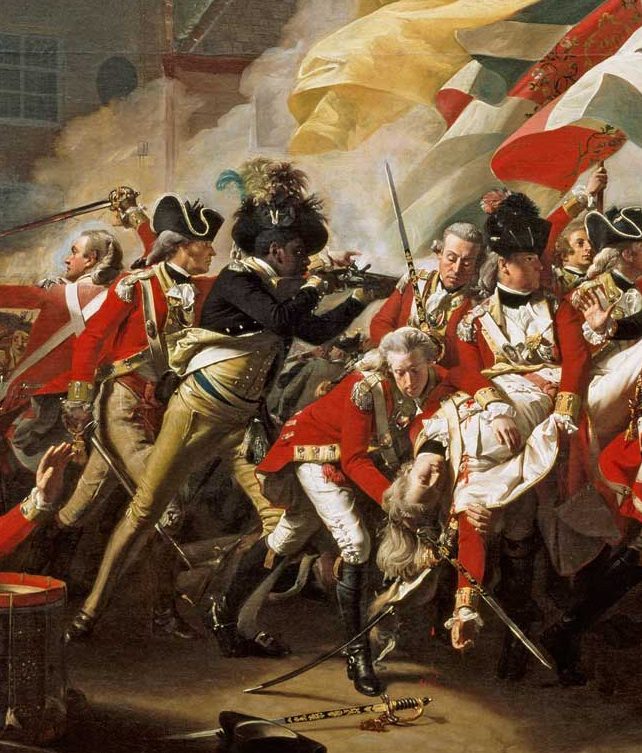 A Black Loyalist soldier is prominently depicted fighting on the British side in this detail from John Singleton Copley’s 1782 Death of Major Pierson (Tate Gallery, London).

In order to interpret the data and unlock the meanings and implications of the vital demographic information contained in the Book of Negroes and other British sources, the data on each person needs to be read against American colonial sources such as lists of tithable slave property, minutes of county Committees of Safety, runaway notices, parish vestry books, wills and probate records, letters and diaries of prominent individuals, petitions to government, shipping records, plantation records, court records, and county militia records. The seemingly impossible task of locating individuals and their kin is made viable for the largest single cohort from the Lower Chesapeake region of Virginia.  By a stroke of luck the Norfolk Tithable lists from 1730 to 1780 survive largely intact and these provide a single name for slave property, aged between 16 years and 60 years, belonging to heads of households in Norfolk County.

By meticulous cross referencing the information in the Book of Negroes and other British sources I have been able to construct life trajectories, kin relationships, naming patterns and religious affiliations for hundreds of people. These biographies form the first phase of the website Black Loyalist, a repository of historical data about the African American loyalist refugees whose names are recorded in the Book of Negroes

Here is brief sketch of one individual:

James Jackson is said to be fifty years old in the Book of Negroes and described as “Formerly slave to late Robert Tucker, Norfolk, Virginia; left him with Lord Dunmore when he left that country & was employed as a pilot.” In 1775 his owner was the Norfolk merchant and mariner Robert Tucker Jr, and he was inherited from Colonel Robert Tucker, whose extensive estate was mostly sold after his death in 1767. He must have defected to Lord Dunmore sometime between June and November 1775 when Lord Dunmore had taken refuge on a British warship in the James River, just offshore from Norfolk.

Years later the widow to Robert Tucker Jr lodged a claim for property lost to the British at the burning of Norfolk in December 1775 and during the British occupation of the spit of land known as Tucker’s Mill Point in April 1776. The property list includes the names of nine enslaved men, two women and a boy but does not list James, who is appeared in Tucker’s tithables in 1774. This evidence strongly implies that, like several other pilots, James Jackson had defected to Dunmore earlier in the conflict.

During the revolution James Jackson worked as a pilot for the Royal Navy and in 1783 he travelled to Nova Scotia in the company of Captain Henry Mowatt, commander of HMS La Sophia. Travelling with him was another pilot named London Jackson, aged 32, who was apparently his brother and was described as “Formerly slave to William Ballad, Hampton, Virginia; left him two years past.” According to the Norfolk Tithables, London’s owners were Daniel Barraud and his son William, merchants in Norfolk and Hampton, who had close business and kin connections to Robert Tucker. He would have have defected to General Leslie who made a foray into Hampton in 1781. The Jackson brothers did not go to Birchtown but were given a land grant on nearby Nutt Island where they settled with their respective families. 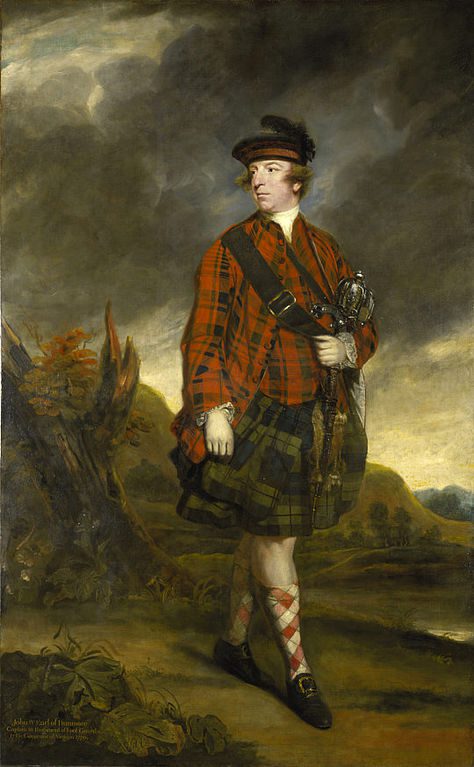 John Murray, 4th Earl of Dunmore, depicted in 1765 by Sir Joshua Reynolds. Dunmore’s Proclamation of 1775 offered freedom to American slaves who joined the Loyalist cause.

Also travelling with London and James Jackson is a woman named Nelly Jackson, aged 33, said to be “Formerly slave to Hampstead Bailie, Hampton, Virginia; left him two years past.” She appears to have run away with London Jackson, but there is no apparent connection between their owners to suggest a kinship connection, and she does not settle at Nutt Island or Birchtown. It is most likely that Nelly was actually the wife of John Jackson who was travelling on the Clinton, which sailed some months later. He was said to be 26 and described as “Formerly the property of Anthony Walk, Princess Ann, Virginia left him 3 years ago.”  He must have run to the British forces of General Leslie in late 1780 at the same time as London Jackson; there is a difference in the stated time they ran because of John Jackson’s later departure from New York. He settled at Birchtown where he was said to be 41, with his wife Nancy, aged 32, whom I believe to be the same woman as Nelly Jackson. Johnny can be found in the Tucker Tithables 1765 and in Tucker’s estate in 1768 and listed with Tucker’s widow until 1774. After Mrs Tucker’s death in 1779 he must have been sold to Anthony Walke, who lived in Princess Anne County Norfolk, who also had a mercantile business in Norfolk with connections to Tucker.

The strong circumstantial evidence — close connections between their owners, their shared occupation, the times and places at which they defected—lead me to conclude that these Jackson men are all from one family. There was no reason for me to presume a connection between this family and several other Jacksons from Norfolk who settle at Birchtown. Then I made the chance discovery of a land transfer deed for the Nutt Island grant that states that Jane Thompson was the mother of James Jackson and by extension the mother of London and John.

Jane Thomson was said to be aged 70 and worn out. The Book of Negroes indicates that she was travelling with a five-year-old grandchild and that she  “Says she was born free; lived with Col. Tucker, Norfolk, Virginia; left him 6 years ago.” Jane Thompson is one of the oldest members of the cohort of Black Loyalists from Virginia evacuated to Nova Scotia. At Birchtown she is living with Hannah Jackson and two grandchildren, Robert and Peter Jackson. Close examination of the opaque and fragmentary documentary record about Jane Thompson in colonial Virginia reveals an extraordinary narrative of determination and family resilience.

For more on the Book of Negroes, the Black Loyalists, and the historical recovery of the lives of African American slaves, see the website Black Loyalist: http://www.blackloyalist.info

And Cassandra Pybus, Epic Journeys of Freedom: Runaway Slaves of the American Revolution and Their Global Quest for Liberty