Read more about the death penalty in American history. 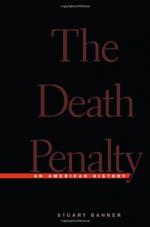 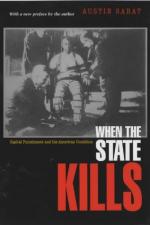 Austin Sarat, When The State Kills: Capital Punishment And The American Condition. (2001)

Political scientist Austin Sarat is an unabashed opponent of the death penalty, and one of the most articulate voices for its abolition.  Capital punishment, he believes, is an extra-ordinarily divisive issue, triggered by our worst human instincts, such as racism and vengeance.  Both supporters and opponents of the death penalty will find much to chew on. 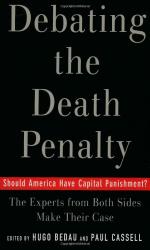 This superb collection of essays covers both sides of the debate.  Hugh Bedau, a longtime opponent of the death penalty, offers his perspective, as do other abolitionists; but what makes this collection unique is the articulate defense of capital punishment delivered by the likes of Paul Cassell, Louis Pojman, and Judge Alex Kozinski.  Rarely have so many ideas regarding the death penalty been covered with such skill and sophistication.

Mailer won the Pulitzer Prize in fiction for his magisterial account of the life and execution of Gary Gilmore, a convicted murderer who demanded to die.  The book is far more than fiction, of course, blending dozens of interviews and true details into an epic account of one’s man descent into barbarism— and the cultural realities of American life that Mailer believes led Gilmore down that path.