With Russian troops on the ground in Crimea, Ukraine, it’s tempting to see parallels with Soviet invasions of the past. As the unique and pressing situation in the Ukraine develops, can historians look to history for guidance? Central European University’s Open Society Archives gives us a window into a similar invasion in Hungary in 1956.

And while the Hungarian Revolution isn’t necessarily the same as the situation in the Crimea, it can help us ask some important questions:  Are Russian interests today different from Soviet interests of the past? What makes Putin different from Khrushchev or Brezhnev? While the origins of the incursions were different, both countries were invaded by a government in Moscow seeking to cement its sphere of influence. The OSA archives can help us dissect the Hungarian revolt to better understand the struggle of the Ukrainian people today. 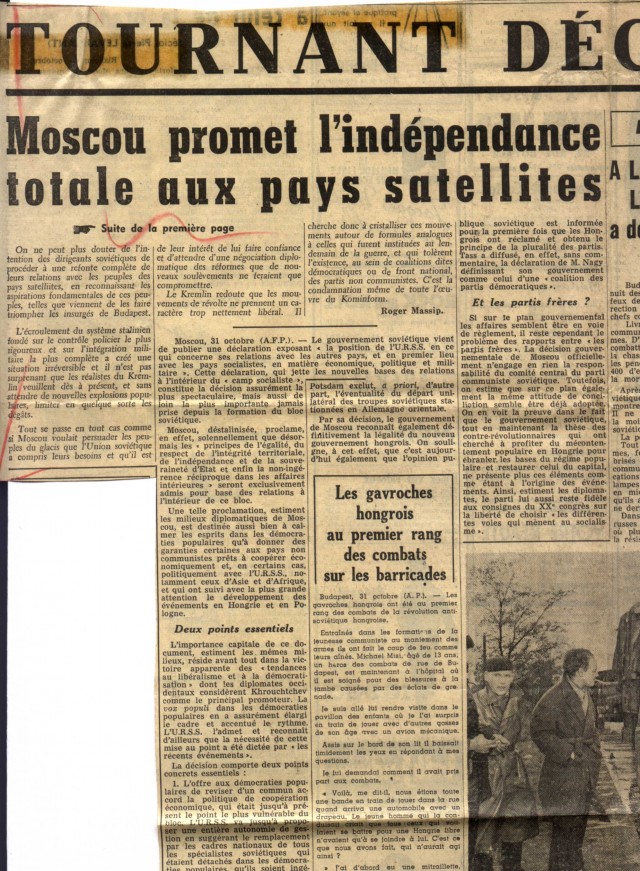 With hundreds of primary documents, news sources, and historical overviews, the archive offers an expansive and in-depth look at the Hungarian struggle.  There are several collections from Radio Free Europe/Radio Liberty that offer background reports, newspaper and television excerpts, and various selected documents all germane to the revolt.  You can read articles from The Guardian, memorandums about Hungarian secret prisons, reports from the Associated Press detailing the state of Hungarian refugees, and much more.  Articles and videos in half a dozen languages give us a perspective into the international attention that the uprising received.  One German magazine asks: “Wer will das alles Verantworten?” (“Who will be responsible for all this?”) 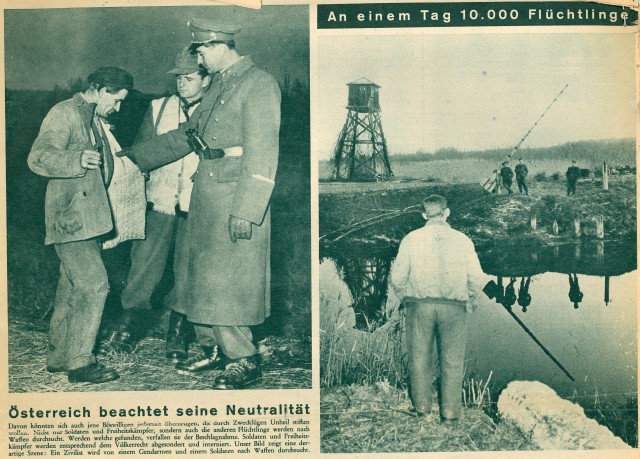 The site also strikes a personal tone.  Columbia University’s Research Project Hungary (CURPH) has digitized its impressive collection of interviews.  These transcripts (written in English) catalogue the lives of hundreds of Hungarian refugees and their stories from 1956.  The catalogue is easy to search and is well worth perusing.

Historians and history lovers can get a lot out of this collection.  The site’s size and navigability reward exploration; rarely does one find an uninteresting document.

You may also like earlier reviews from The New Archive: