Jack E. Davis is a professor of history and Rothman Family Chair in the Humanities specializing in environmental history and sustainability studies and the Pulitzer Prize-winning author of The Gulf: The Making of an American Sea (2017). 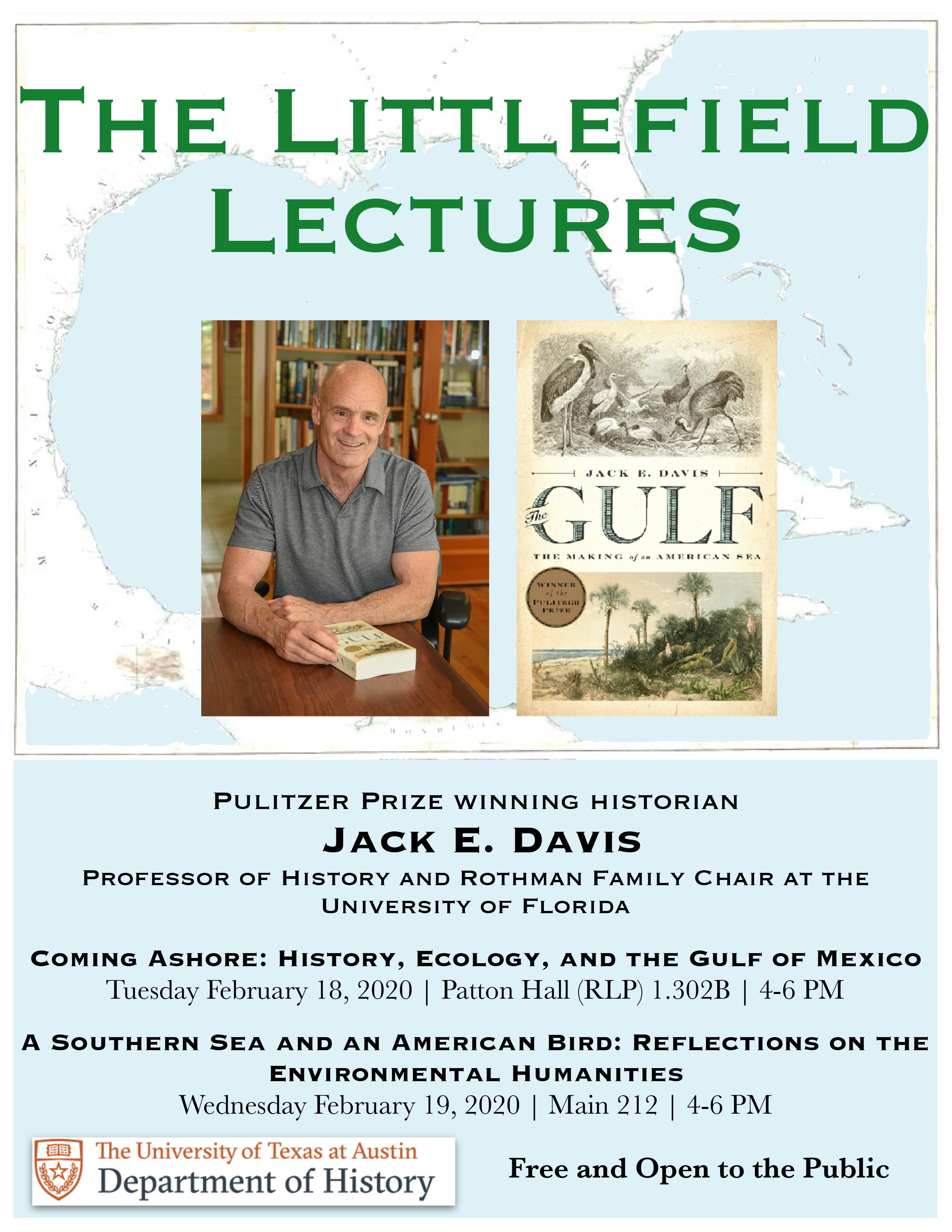 His Race Against Time: Culture and Separation in Natchez Since 1930 won the Charles S. Sydnor Prize for the best book in southern history published in 2001. His next book, An Everglades Providence: Marjory Stoneman Douglas and the American Environmental Century (2009), received a gold medal from the Florida Book Awards.

In 2014, he was a fellow at the MacDowell Colony, where he worked on his latest book, The Gulf: The Making of an American Sea. The New York Times Book Review called his book a “beautiful homage to a neglected sea.” The Gulf was a New York Times Notable Book for 2017 and made several other “best of” lists for the year, including those of the Washington Post, NPR, Forbes, and the Tampa Bay Times. In addition to winning the 2018 Pulitzer Prize for History, The Gulf was a finalist for the National Book Critics Circle Award for nonfiction and winner of the Kirkus Prize for nonfiction.

With his former student Leslie Poole (UF PhD 2012), Davis is currently editing a new edition of Wild Heart of Florida, a collection of personal essays and poems about natural Florida. In January 2018, he signed a contract with the publisher of The Gulf, Liveright/W.W. Norton, to write a new book, employing the working title “Bird of Paradox: How the Bald Eagle Saved the Soul of America”.

In April 2019, Dr. Davis was one of the recipients of the 2019 Andrew Carnegie fellowship award. He was one of the thirty-two fellows out of 300 nominations  selected for this prestigious award.

February 18, 2020: Coming Ashore: History, Ecology, and The Gulf of Mexico

February 19, 2020: A Southern Sea and an American Bird: Reflections on the Environmental Humanities