We are celebrating Women’s History Month this year with recommendations of new books in Women’s History from some of our faculty and graduate students. From third-century North Africa to sixteenth-century Mexico to the twentieth-century in Russia and the US, and more… 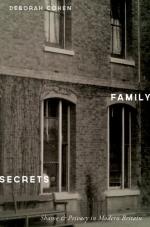 Deborah Cohen, Family Secrets: Living with Shame from the Victorians to the Present Day (2013).
A history of shame and changing social norms, of privacy and how a “right” to privacy was established, and of changes in what families will and will not confess — to themselves and to others. It’s bold, refreshing, and readable. (In fact it comes with Hilary Mantel’s endorsement.) Published in Great Britain in January, the book due out here at the beginning of April. You can read the introduction on the Amazon website, and pre-order. This is a book that everyone interested in gender, sexuality, and families will want to read.

Linda Greenhouse and Reva Seigel, Before Roe v. Wade (2010)
Here’s another readable and important book. It reconstructs the everyday politics of contraception and abortion before Roe v. Wade, making it clear that the now landmark decision was one case among many, the justices’ reasoning was rather narrowly cast. This is not an all-roads-led-to-Roe story; it is much more interesting, unpredictable, and historical than that. Siegel is a professor at Yale Law School and Greenhouse covers the Supreme Court for the New York Times. 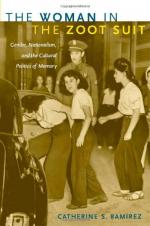 Catherine Ramirez, The Woman in the Zoot Suit: Gender, Nationalism, and the Cultural Politics of Memory, (2009)
Catherine Ramirez illuminates the ways in which Mexican-American women rebelled and chose to express their individuality by joining the popular zoot suit movement of the 1940s. By focusing on the women behind the suit, Ramirez offers a revisionist interpretation of the involvement of women in the infamous Los Angeles Zoot Suit riots and the Sleepy Lagoon case of 1943. 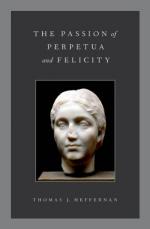 Thomas J. Heffernan, The Passion of Perpetua and Felicity (2012).
In one volume, Heffernan presents the essential text and tools for readers to begin thinking through the unique and precious “prison diary” of Vibia Perpetua, the visionary young mother who led a mixed-gender group of Christians to martyrdom in early third-century North Africa. 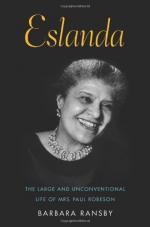 Barbara Ransby, Eslanda: The Large and Unconventional Life of Mrs. Paul Robeson (2012)
In contrast to the enormous attention paid to the acclaimed African American singer, actor, radical and civil rights activist Paul Robeson, his extraordinary wife, Eslanda “Essie” Robeson has remained in the historical shadows. For the first time, in Ransby’s biography, we can grasp her amazing lifework, including her intellectual career as an anthropologist and journalist, and her passionate involvement in women’s rights, racial justice and anti-colonialist movements on an international scale. 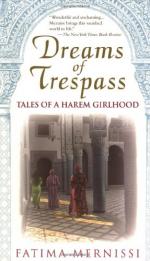 Fatima Mernissi, Dreams Of Trespass: Tales Of a Harem Girlhood. (1995)
Scholar and activist Fatima Mernissi’s captivating memoir of her childhood in a Moroccan harem during the end of the French Protectorate is not to be missed. 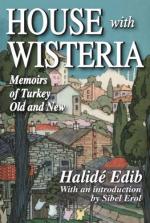 Halide Edib, Halide. House with Wisteria: Memoirs of Turkey Old and New, 2nd ed. (2009)
Turkish journalist, novelist, and early feminist activist Halide Edib’s lyrical memoir of growing to adulthood during the chaotic collapse of the Ottoman Empire is filled with stories of tragedy, love, and strength. Felicity Amaya Schaeffer, Love and Empire: Cybermarriage and Citizenship Across the Americas (2012)
Schaeffer puts desire in the context of the global economy, class, and cultural citizenship in this book about transnational cyber-relationships since the 1990s. 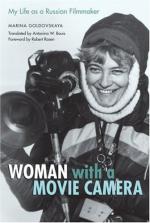 Marina Goldovskaya, Woman with a Movie Camera: My Life as a Russian Filmmaker (2006).
“I started school in 1948. In my class of more than forty children, I was the only one who had a father.” This memoir traces Marina Goldovskaya’s career in Soviet television and her emergence as Russia’s best known documentary film maker. Along the way, we get an inside look at the everyday politics of survival and success in two of late-twentieth-century Russia’s most interesting industries.

Michelle M. Nickerson, Mothers of Conservatism:  Women and the Postwar Right (2012).
The significant role that women played in the rise of conservatism from the 1950s through the 1964 presidential campaign.  This careful study of conservative women in southern California explains how “populist housewives” became impassioned activists who influenced the conservative agenda for decades. 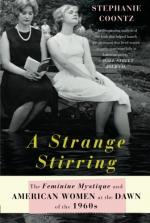 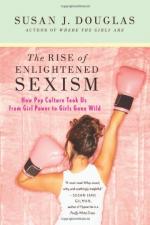 Susan J. Douglas, The Rise of Enlightened Sexism:  How Pop Culture Took Us From Girl Power to Girls Gone Wild. (2010).
Cultural historian Susan Douglas has written a perceptive and often humorous book about the way that icons of popular culture encouraged a generation of women (the “millennials”) to believe that feminism had accomplished its goals.

Camilla Townsend, Malintzin’s Choices, An Indian Woman in the Conquest of Mexico (2006).
The wonderfully readable and compelling book tells the story of Malintzin, the young Nahua woman who became Hernando Cortés’ translator and mistress during the conquest of Mexico. Townsend takes on the difficult task of giving voice to someone who, while typically vilified as a traitor and sexual siren, left no words of her own. The resulting portrait allows us to see Malintzin’s understanding of her situation and the difficult choices she made in a rapidly changing political landscape.