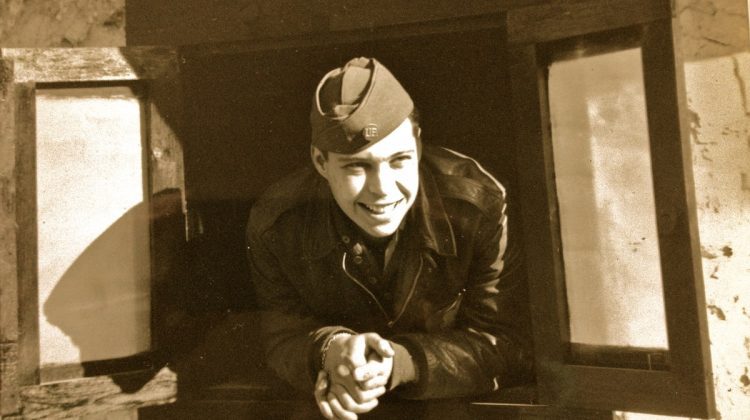 My father fought in North Africa and Italy during the Second World War. He didn’t like much of anything about being a soldier but he was proud to have helped to defeat Hitler.

This photograph hung in our house and a painting of it hung in my grandmother’s apartment in New York City. It is the picture of my father that I carry around in my head.

To my eye he looks old enough here to be my father, but yesterday, when I was scanning the photo and trying to figure out what year it was taken and how old he must have been, I realized that in this picture he is almost exactly the same age as my older son is now.