This website charts the history of the end of the USSR from Mikhail Gorbachev’s rise to power in the 1980s to his ouster in 1991. 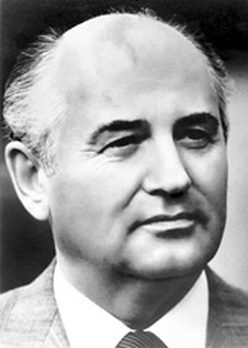 “Mikhail Gorbachev’s policy of perestroika restructured the economic and political infrastructure of the ailing Soviet Union, bringing political liberalization to the rigidly communist state. However, the democratic reforms led to the unintended disintegration of the Soviet Union and the end of the Cold War, with repercussions extending to both Eastern Europe and the rest of the world.”

It does an excellent job chronicling the problems facing the country when Gorbachev came to power and the efforts he made to solve those problems by introducing free elections, opening up cultural life and the economy to individual efforts, and setting a new more hands-off foreign policy.

Next the website shows how those new policies led to the demise of Soviet control in Eastern Europe and the rise of new political leaders at home, who ultimately disbanded the Communist Party and the USSR. 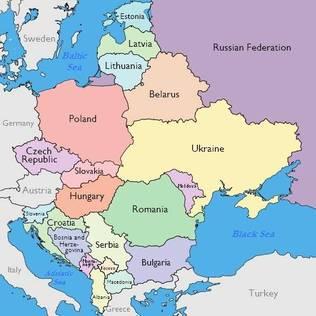 Included throughout are videos and audiotapes of important speeches, comments by ordinary citizens. On the homepage, you can hear the Russian national anthem!

All photos courtesy of “Perestroika: Deadly Reform for an Unstable State.”