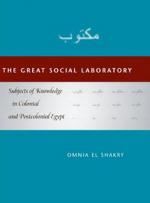 Omnia El Shakry, The Great Social Laboratory: Subjects of Knowledge in Colonial and Postcolonial Egypt (2007)
Not only was modern history writing new to the Egyptian life of the mind, but also new were anthropology, sociology, demography and a host of other disciplines in the social sciences. In this book, intellectual historian Omnia EL Shakry offers an institutional and cultural history of the Egyptian social sciences.  By examining a wide array of historical and ethnographic material, this book illustrates the complex imperatives of race, class, and gender in their specific Egyptian colonial context. In doing so, it uncovers how the social sciences influenced local modes of governance, expertise, social knowledge and a racist imagination that shaped Egyptian national identity in the first half of the twentieth century.

Hanan Kholoussy, For Better, For Worse: The Marriage Crisis That Made Modern Egypt (2010) 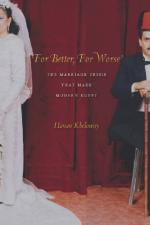 In this original and concise contribution, social historian Hanan Kholoussy takes a close look at the institution of marriage in early twentieth-century Egypt, a time when a new, modern middle class emerged, the extended family declined, and the nation as a whole was striving to free itself from British rule. Situated in the intersection of various political, economic and social forces, marriage became both a metaphor and a battle ground for what young educated Egyptians hoped to achieve. By looking at the historical origins of the ongoing crisis of Egyptian marriage crisis, this book offers critical background for the understanding of contemporary Egyptian youth. 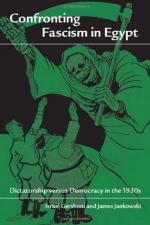 Israel Gershoni and James Jankowski, Confronting Fascism in Egypt: Dictatorship versus Democracy in the 1930s  (2009)

Since 9/11 public figures in the US and in some European states have debated the existence of an intellectual tradition called Islamo-Fascism. Serious scholars joined the fray arguing that in and around the Second World War Arab thought absorbed the basic tenants of Fascist, mainly Nazi thought to degree that a fusion of sorts between Islamic fundamentalism and Nazism took place. In this remarkable and meticulously researched book, the authors joined hands to offer the most comprehensive analysis of Arab cultural relationship with Fascism and Nazism. Their argument convincingly shows how the Arab intellectual elite repeatedly and successfully resisted Fascism, insisting instead on the durability and benefits of democratic culture. 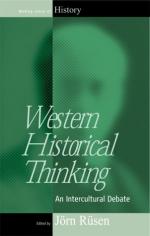 Jörn Rüsen (ed.) Western Historical Thinking: An Intercultural Debate (2002)
In this unique collection, historians of history writing and philosophers of history question the universality of the Western historical method. Contributors from Europe, Asia and the Middle East reflect on the philosophical foundations of Islamic and Chinese historical tradition and of the causes and dynamics that brought about their demise.