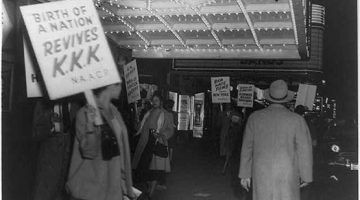 by Joan Neuberger The great Soviet film pioneer, Sergei Eisenstein (1898-1948), shared many of the Eurocentric views of his day but throughout his career he was outspoken in his opposition to racism. He was also a lifelong admirer of D.W. Griffith, another great innovator in the early period of cinema and the director of the notorious 1915 […]