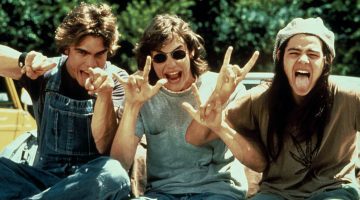 by Ashley Garcia Borrowing its title from Led Zeppelin’s first album, Richard Linklater’s classic film Dazed and Confused continues to resonate with filmgoers and critics decades after its release. This September marks the twenty-fifth anniversary of Linklater’s cult hit and the overwhelming surge of Dazed and Confused viewing parties along with its re-release in theaters […]