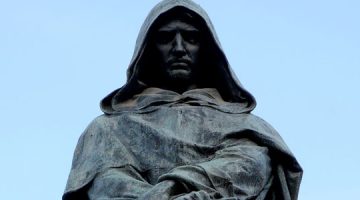 By Alberto A. Martinez Before Galileo did anything in astronomy, the Italian philosopher Giordano Bruno argued that the Earth moves around the Sun. Bruno believed that the Earth is a living being, with a soul. These were unusual beliefs for a Christian. In 1592, Bruno was captured by the Inquisition in Venice and imprisoned. The next […]