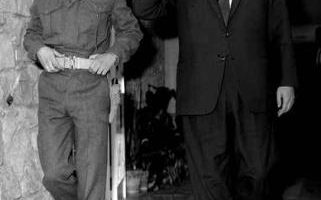 In a recent Wikileaks revelation, a secret U.S. cable revealed that Senators John McCain and Joe Lieberman promised to provide Muammar Gaddafi with military hardware in 2009.  McCain and Lieberman were among the last high-level teams to have made such a promise, but they certainly weren’t the first.