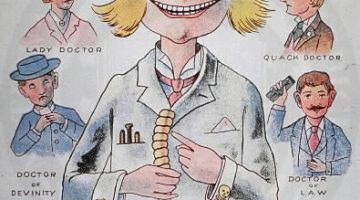 The “Spanish Flu” that dispatched poor Lavinia Swire on Downton Abbey last week killed more people in 1918-19 than died in World War I itself. The war took approximately 16 million lives, famously decimating an entire European generation of young men; the flu took 50 million and was truly a world phenomenon.