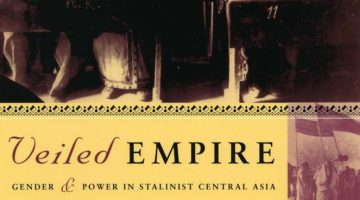 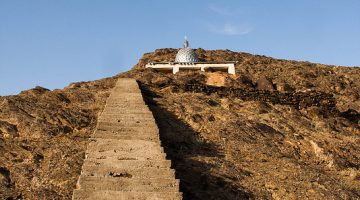 It’s the afternoon of a hot summer’s day and I am standing at the bottom of a staircase—with no handrails—that’s not so much set in to the side of a mountain as built on top of it. Way up there, at the top of four hundred fifty five stairs, there’s a shrine whose gleaming silver dome is barely visible in the afternoon sun. That’s our destination.