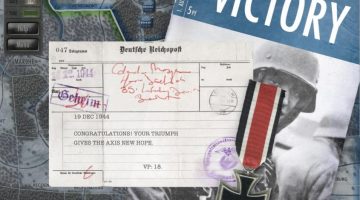 I have been refighting the Second World War my entire life. My campaign began with the board game Axis and Allies and continued on the computer with Panzer General and Close Combat. I spent hours as a teenager designing scenarios for the war in Civilization II, with a computer mouse in one hand and my history textbook in the other.