In the tiny nation of El Salvador, the West dominates. As a result of commercial and political relationships that developed in the nineteenth and twentieth centuries, there has been significant influence in this Central American country from the United States and Western Europe. However, within the Salvadoran context, the predominance of western history and culture refers to the marked differences between the eastern and western regions of the country, and the east often gets the short end of the stick. One institution born in 1994 pushed back against this enduring stigma by celebrating the difference of the east.

In the west of this mountainous and volcano-ridden country lies the capital city of San Salvador. Founded in 1524, this sprawling metropolis is home to busy streets and extensive networks of both interregional and international exchange. Far away from that hustle and bustle, and at the foot of the frequently active Chaparrastique Volcano, lies San Miguel. This city, the third-largest in the nation is the proprietor of the first museum built in the eastern half of the country. 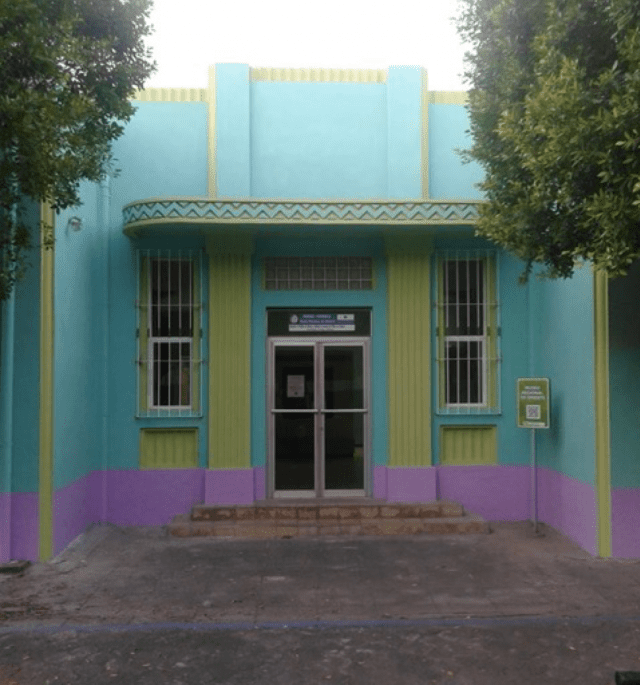 Housed in a former textile factory and one-time military complex, the Regional Museum of the East (Museo Regional de Oriente) tells the story of the east through the multidisciplinary lenses of archaeology, ethnography, and history. Under the direction of Saúl Cerritos, this institution promotes a celebration of the distinct history and heritage of the East. Even without capital-city resources, it tells the important stories of indigenous life in the pre-hispanic era, the complexities of sociocultural interactions during centuries of conquest and immigration, and the resulting diffusion of cultural practices that continues today.

The collections begin with a display of ceramic artifacts whose particular motifs and production techniques place them firmly outside the Mayan influence that permeates western El Salvador. Extensive historical context in Spanish and English accompanies these carefully preserved pieces, dating from the Paleo-Indian period through the post-Classical period, which ends around the time of Spanish contact.

The exhibitions then shift to reflect the living culture of the zona oriental. Displays of artisanal products and pottery with both a modern presence and historical roots reveal the enduring influence of indigenous culture. The final permanent exhibition hall showcases the dozens of local festivals that guide public life in the city and throughout the east. From the elaborate costumes they inspire to the coordinated offerings and ritualized dances that they require, these fiestas reveal an important aspect of local identity. On that note of energetic cultural pride, the tour concludes. 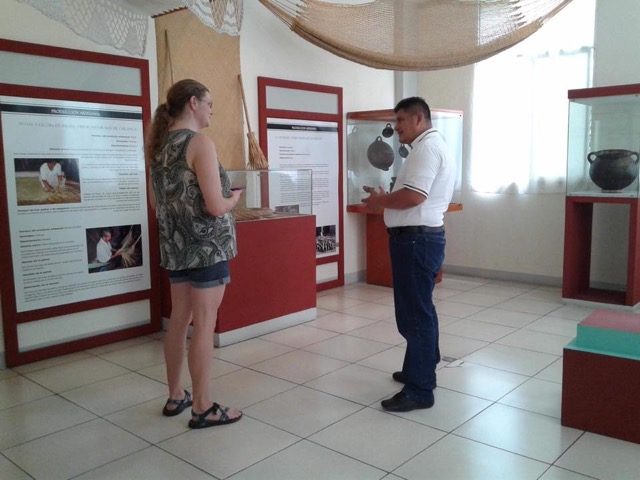 The museum also houses two temporary exhibits, which change several times a year to reflect contemporary issues of historical interest and investigation. Currently on display are a photographic history of the railroads that connected the people and markets of the East until the early 2000s and an exhibit reflecting on the nation’s anniversary of peace after the civil wars of 1980-1992.

This modest museum, constructed in the shadows of its influential western rival leaves a strong impression. Through a careful selection of local artifacts and the presentation of a region-centered dialogue, it encapsulates both the history and culture of the proudly idiosyncratic eastern region of El Salvador.