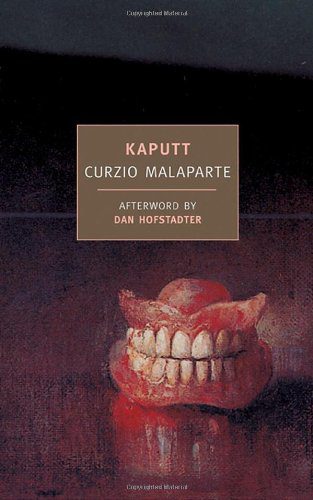 His extravagant writing style and excellent use of symbolism provide several haunting and powerful images that sum up the horrors of the war like few accounts have. As one of the more famous Italian cultural figures, Malaparte was connected to the elites of Axis Europe, including aristocrats, diplomats, and Nazi leaders. This is an insider’s account that comes from a man who had a long, troublesome history with fascism. Malaparte’s description of total moral collapse is so powerful because he participated in it personally.

One can guess at Malaparte’s (born Kurt Eric Suckert) moral ambiguity from his pseudonym, which was a sinister play on Napoleon Bonaparte’s surname. Though he was an early supporter of the Italian Fascist movement, he spent time in jail in the early 1930s for a controversial coup d’etat how-to guide. Later in the decade, Malaparte sought to once more ingratiate himself into the regime. At the beginning of the war, he managed to obtain permission to visit various fronts in an Italian officer’s uniform as a war correspondent for the Milanese newspaper, Corriere della Sera. It is likely that he initially believed in an Axis victory, though his articles still warranted censorship. As a German victory appeared less likely, Malaparte began changing his early (and secret) manuscript for Kaputt into a devastating indictment of Axis Europe. In this dangerous context, Malaparte described Kaputt as a novel, altered parts of it for political reasons, and included elements of fiction throughout. Despite these alterations, the themes and indelible images of the book make it an extremely interesting and thought-provoking read. 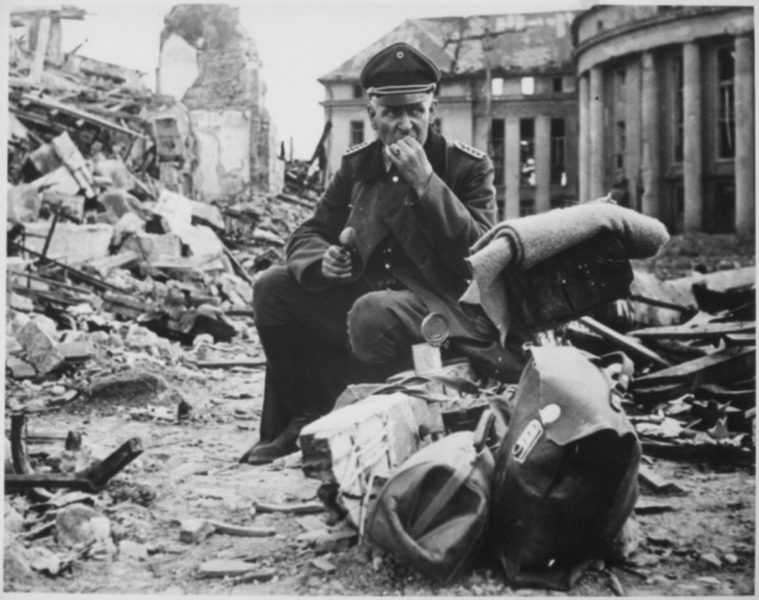 Symbolism plays an important role throughout Kaputt. Malaparte splits the book into six parts named after animals — Horses, Mice, Dogs, Birds, Reindeer, and Flies – and relates his experiences with these animals during the war to broader problems in European society. In the section on horses, for example, he compares the smell of dead horses on the Eastern Front with the new, industrial smell of burned-out armored vehicles. Then he describes a horrifying scene on the northern shore of Lake Ladoga, outside of Leningrad, in which hundreds of Russian horses froze to death in the lake, with their heads sticking out of the ice. For Malaparte, the indifferent attitude of Europe to the slaughter of so many horses represents the final death of any sense of nobility in European culture. 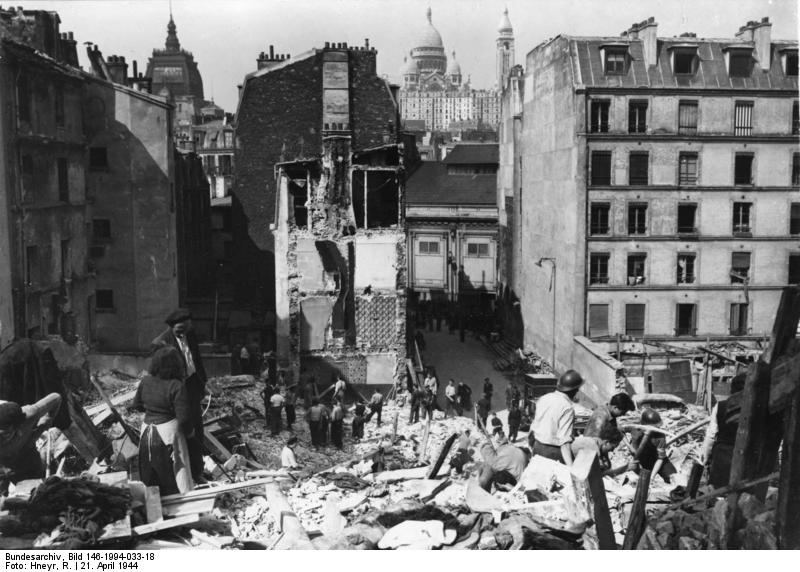 In another powerful scene, Malaparte describes a German general in Finland who is obsessed with catching a large salmon. In the final struggle, the general, decked out in his uniform and watched by many spectators, tussles for hours with the salmon. Frustrated and facing a blow to his dignity, the general orders his aide to shoot the salmon in the head with a pistol. Malaparte argues time and again in Kaputt that Nazi violence is a product of fear and weakness. The very thought that the “lesser beings” of the world could even challenge the always triumphant German demands the destruction of the “pitiful” challenger. Thus the valorization of strength leads to an intensive fear of the weak, which alone has the power to unmask the hollow, naked truth of the real German. While one cannot say whether the salmon story is true or not, it effectively encapsulates Malaparte’s explanation of Nazi violence. 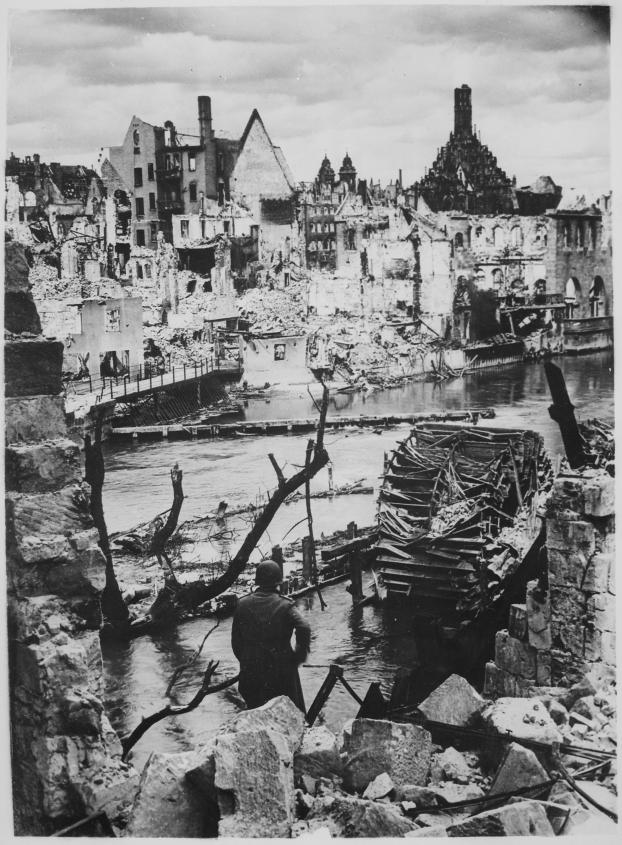 Malaparte’s symbolic descriptions of the front would make for a powerful account in their own right. Yet the true weight of the book comes from the immorality of those behind the front. In a clever literary technique, Malaparte describes elite social gatherings in which he tells his stories from the front. The reactions tell us much about the moral depravity of the decadent Axis elite: laughter, jokes, evasion, justification, and sullen acceptance are the norm, while true outrage and empathy are nowhere in sight. Malaparte is so disgusted by this cold and hardened response to the destruction of Europe and its people that he is shocked to hear the word sangue (blood) uttered with reverence by poor Italians in Naples. Malaparte can scarcely believe that blood could be a sacred and dignified object after he has seen so many Nazis speak of mass death in such scientific terms and expressionless tones. This blasé attitude to the horrors of war is best seen in Malaparte’s intimate conversation with the Italian Foreign Minister, Galeazzo Ciano. While Ciano believes there is a chance he can survive by siding with the Allies, Malaparte frankly tells him that the Italians will want him dead for his actions during the war and that his only option is to wait for Mussolini or the Italians to kill him. Malaparte implies that Ciano did not risk his life for fascism, or against fascism, but on a failed bid for personal power, and now he will die for nothing. Ciano glumly returns to eyeing the beautiful women who frequent his court. 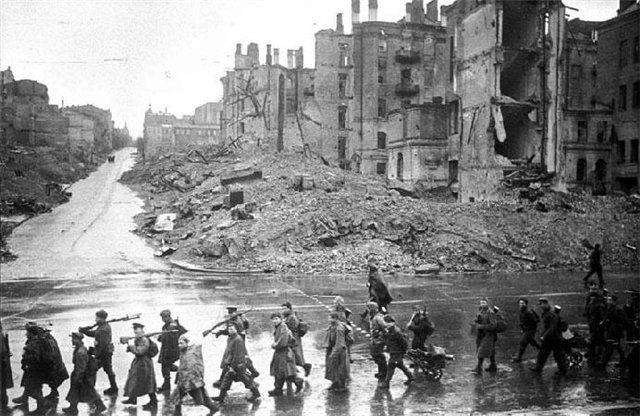 Though segments of Kaputt are either fictitious, exaggerated, or self-serving, Malaparte’s ambiguous involvement with fascism allows us to hear from someone who knew the movement from the inside, and who could offer profound insights into the moral decline of Europeans during the war.  For anyone who is interested in a powerful literary account of the Eastern Front and an unparalleled description of the social life of the Axis elite, Kaputt is a must-read.