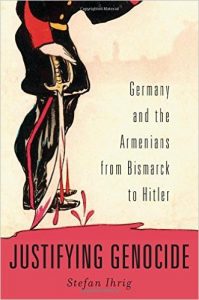 Stefan Ihrig closes this book with a quote that encompasses his argument from Raphael Lemkin, the father of the word genocide: “Genocide is so easy to commit because people do not want to believe it until after it happens.” All the signs and symptoms of Nazi-perpetrated genocide existed throughout the decades leading up to the Holocaust, but were ignored by the greater public. Ihrig’s evidence takes the form of German reactions to the Armenian genocide. He argues that the pro-Ottoman nature of World War I Germany and the open genocide debate of Weimar Germany contributed to a “pragmatic” approach to “human rights, life, and liberty,” ultimately laying the groundwork for the virulent anti-Semitism of the Third Reich. Through extensive use of contemporary newspapers as well as court trials and military correspondence, Ihrig creates an image of German politics and culture beginning in the 1890s that makes the Holocaust seem – although still far from inevitable –a product of building tension rather than a sudden explosion of anti-Semitism. 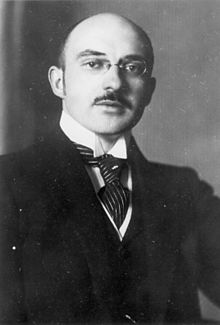 Ihrig begins his argument by elucidating an often overlooked connection in modern European history between the Jewish Holocaust and the Armenian Genocide. He does not attempt to compare their causes or results, but rather investigates Germany’s political involvement with the Ottoman Empire and Turkey both during the massacres of the 1890s and the genocide of the 1910s. From there he teases out an intricately woven political fabric connecting Germans and the Ottomans, resulting in a pro-Ottoman stance despite the rumors of anti-Armenian activity. He identifies several pro-Armenian Germans stationed in the Ottoman Empire whose correspondence stands against the bulk of material, which typically did not comment on genocidal activities.  The most notable of these men was Max Erwin Scheubner-Richter, a German consul in Erzurum province. Scheubner’s correspondence, among others, helps Ihrig answer his question, “What could Germany have known about the Armenian genocide?”  He finds that, in fact, the German military and government must have known nearly everything about the Armenian Genocide, although he does not go so far as to suggest that they were actively involved. He states that Germany knew what was happening, but was willing to “sacrifice the Armenians as the price of preserving Ottoman goodwill toward Germany.” This is a bold claim that has strong repercussions for the study of Germany in WWI and the interwar period.

After establishing German military and political knowledge of the Armenian Genocide, Ihrig tackles the much more difficult question: how much did the German public know of the Armenian Genocide and what was the cultural reaction to it? The second half of the book proves that  Germans during the interwar period knew a great deal about the Armenian Genocide.  Ihrig describes the emergence of a German cultural script that included pragmatic and extended debates on both the justification and the denial of the Armenian Genocide.  Through intensive reading of German newspapers across the political spectrum during the interwar years, Ihrig defines what he calls “The Great Genocide Debate” of 1921-1923. His detailed analysis shows that pro-Armenian writers were consistently at odds with those who claimed the necessity of the Turkish reaction to the “Armenian problem” or reinterpreted the events to justify the genocide in terms of Armenian aggression. He also identifies two men, Franz Werfel and Armin Wegner, who wrote novels and open letters about the Armenian Genocide, but were ultimately too late to warn the German public about the genocidal capability of the Nazi party. 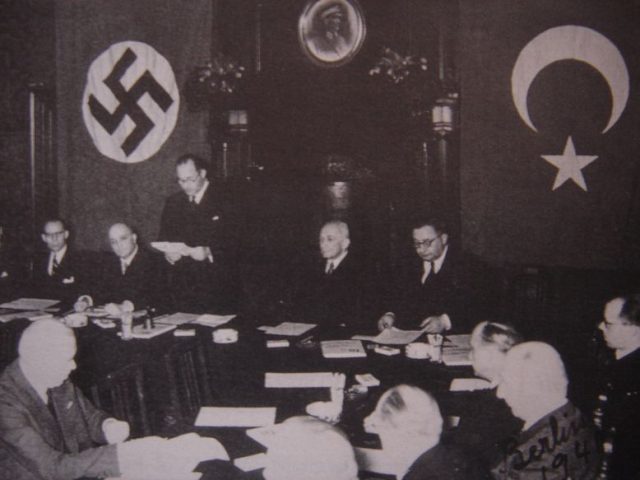 The German–Turkish Non-Aggression Pact was signed between Nazi Germany and Turkey in 1941 and lasted until 1945 (via Wikimedia Commons).

In the last section of his book, Ihrig finally answers the question that has been burning throughout his research: how did this cultural, political, and governmental response to the Armenian Genocide influence the events of the Holocaust? He could not be more clear in his answer. He states that the Nazis were inspired by the Armenian Genocide. He firmly critiques historians who argue that interwar Germany did not “come to terms” with the Armenian Genocide.  Rather, he asserts, “Germany came to terms in a manner that we would perhaps not expect and cannot morally condone.” In his eyes, Germany recognized the events and, in a term he coined for this book, practiced a form of “justificantionalism,” or intellectual justification of the events of the genocide. 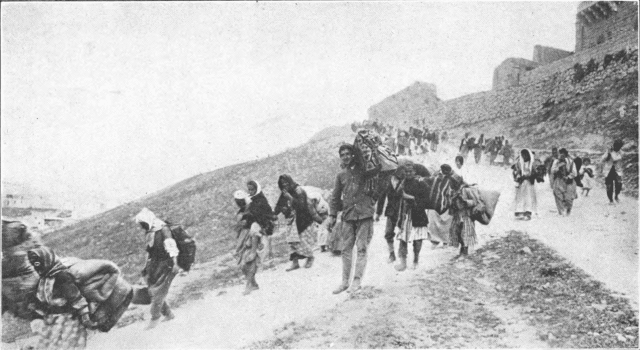 Ihrig’s book is written for both experts of the field and general historical readers.  The book leaves room for continuing research on the connections between Germany and the Armenian Genocide, such as why Germany was able to cross confessional lines to support the genocide of a Protestant Christian minority by a Muslim government. Ihrig also does not focus specifically on Hitler’s experience with the Armenian Genocide and instead assumes his knowledge of the events as a product of the developing cultural discourse and his position as an avid newspaper reader.  This answer doubtless will not convince some readers of his connection and it could use further fleshing out.  However, the work stands overall as a thorough treatment of to otherwise missed connection between the first and second acknowledged genocides of modern history.

The Tatars of Crimea: Ethnic Cleansing and Why History Matters.
Trauma and Recovery, by Judith Herman (1992).
The Years of Extermination: Nazi Germany and the Jews, 1939-1945 by Saul Friedländer (2007).