(This article was originally posted on Imperial and Global Forum) 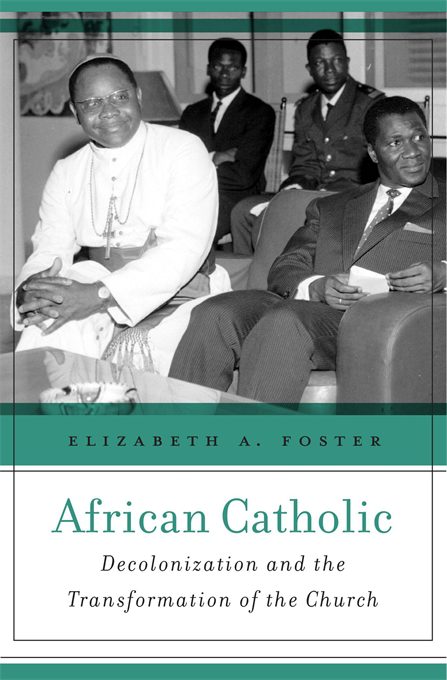 On July 1, 1888, Charles Lavigerie, founder of the White Fathers Catholic missionary order, gave a speech to a packed Saint-Sulpice Church in Paris in which he denounced the evils of slavery in Africa. The event was a public relations triumph, with African children who had been repurchased from slavery being paraded by the Fathers, clad in white burnouses with red fezzes on their heads, on the church steps. In the late nineteenth century as in the 1950s, slavery was used by the Catholic Church to galvanize public opinion and to raise funds. Lavigerie was not an isolated forerunner of post-war Catholic radicalism. He trained a generation of missionaries to enter the field as convinced anti-slavery activists, as well as supporting a series of military operations against slavery in Africa, with varying degrees of success. And yet until now Catholic missionaries have usually been relegated by historians to the status of obedient cogs in colonial state machines. Elizabeth Foster’s new book offers a major challenge by showing how missionary leaders like Lavigerie and his successors had aims that were often in clear conflict with those of the colonial state – a conflict between French Catholic missionaries and the colonial powers that resurfaced in a big way after the Second World War.

An emphasis upon political transition from colonial regimes to independent states dominates the literature on African decolonization. But decolonization, defined by Foster as the “ending or limiting of European hegemony” that involved power systems that were clearly outside of state apparatus, was a much broader process (p. 11). The book effectively uncovers the conflict between colonial state and Catholic mission in Africa in the 1950s. Foster sees the emergence of a more robust Catholic Left in France against a backdrop of colonial crisis as a key development. Catholicism in France, Foster argues, had previously been the almost exclusive property of the conservative Right. The Catholic Church hierarchy therefore struggled in an “awkward dance” in the 1950s as it sought to reconcile conservatives with radical anti-colonialists (p. 14). To make its provocative case, the book draws on a rich supply of archival sources in France, Italy, and Senegal, as well as a wide range of periodicals.

Another main strength of the book lies in its illumination of the bifurcation between European and Christian identity that Catholic missionary work in Africa entailed. Catholic intellectuals such as Joseph Michel sought in the 1950s to “reclaim and reorient the church as a defender of the oppressed, colonized populations” of the French Empire (p. 100). As Foster argues, the Catholic church was considerably more successful in keeping its adherents in post-colonial Africa than in Europe. World War Two looms large as a turning point here, complementing other recent scholarship. According to Darcie Fontaine, for example, the war is similarly seen as the turning point in the development of French Catholic thinking about the colonies, as Christian theology was used in France as a basis for resistance to Nazism.[1]This can, however, lead to obscuring the continuity of missionary agendas and practice.

In Foster’s account, racial hierarchy keeps its orthodox place as a guiding paradigm of missionary thinking.[2] Foster argues that racist disdain for évolué Africans was common among missionaries and that blatant Catholic racism only became institutionally unacceptable in the 1950s. The new generation of post-war missionaries had more enlightened attitudes than the old guard they replaced. Missionary longevity in the field, the assumption appears to be, solidified racism. This begs the question of why Catholic missionaries would want to work among “unredeemable” and “inferior” peoples for so long.[3] For Lavigerie, setting Africans free from slavery and building the kingdom of Christ in Africa were intended as achievements that would fully match or surpass the establishment of Christianity in Europe. Why would these goals have resonated with peoples who were considered as inherently inferior? Foster’s book begins to provide answers.

Foster’s focus is on the period of decolonization, and the chronological gap between her discussion of Lavigerie and the 1950s paves the way for a new field of research. So, too, would the addition of Protestant missionary sources. After all, Foster makes quite clear the French hostility to American Protestant missionaries. Protestants usually answered back, and denominational rivalry was itself a potential driver of more polarised political stances taken by missionaries on the ground in Africa. Foster’s work thus raises big questions about how Catholic missionaries’ anti-slavery agenda shaped developments and denominational conflict in the first half of the twentieth century across the vast swathes of sub-Saharan Africa in which Christian missions operated. This important book starts the process of giving radical missionary currents their due place in models of colonialism and decolonization.

David Whitehouse is a freelance editor at the Africa Report published by Jeune Afrique in Paris and a PhD candidate at Exeter researching the impact of missionaries in Rwanda and Burundi 1900-1972.

[3] Adas has even argued that that Europeans in the early centuries of expansion into Africa and Asia rarely used race to explain what they saw as their superiority, but rather Christianity and, much later, technological accomplishment. See Michael Adas, Machines as the Measure of Men: Science, Technology and Ideologies of Western Dominance (Cornell: Cornell University Press, 2014).

Remembering Dutch Decolonization through Historical Fiction
Gender and Decolonization in the Congo
The Great Betrayel: Jean-Paul Sartre and the Arabs