Love it or hate it, the British monarchy is one of Britain’s major tourist attractions, and many people will be tuning in on April 29 to watch the spectacle of the royal wedding as Prince William marries Catherine (Kate) Middleton.  The New York Times suggested this past weekend that Americans are showing less interest in the events than they did thirty years ago when the heir to the throne, Prince Charles, married Lady Diana Spencer, when 750 million people watched the ceremony on television. 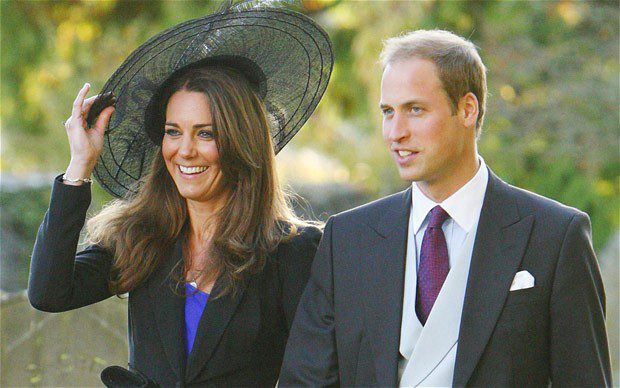 Still, there are many tales in the press of Americans who are planning parties that day, who are flying to London to be closer to the spectacle, who are enthusiastically buying up the many souvenirs – tea towels, knitting kits, key rings, china, comic books, — you name it.

Despite America’s republican founding principles, there has long been a fascination here with the British royalty, and with the aristocracy more generally.  When the British aristocracy was in steep decline and ready cash was scarce, alliances between the moneyed daughters of the American business elite and titled sons who lacked a fortune were commonplace.  The elite Anglo-American marriage market produced, perhaps most famously, Winston Churchill, whose mother, Jennie, was the daughter of wealthy New Yorker Leonard Jerome.  Mary Leiter, whose father owned a successful department store in Chicago, brought a dowry of 1.5 million pounds to her marriage with Lord Curzon in 1895; the couple would go on to become Viceroy and Vicereine of India.  Charles Spencer-Churchill, 9th Duke of Marlborough, married two Americans in succession: Consuelo Vanderbilt in 1895 whose very considerable fortune helped restore Blenheim Palace (now visited by American tourists in large part for its Churchill associations), and in 1921, the bewitching Gladys Deacon.  His first marriage was brokered by another of the newly titled American heiresses, Minnie Stevens of New York.  When Stevens, whose father had made his fortune in the hotel business, married Lord Arthur Henry Paget, the New York Times (29 July, 1878) listed four other “American beauties who have become allied by marriage to the English nobility” and who, along with a royal entourage, attended her wedding in 1878.

But the marriage of Kate Middleton and Prince William offers something even more enticing for contemporary Americans, for Middleton is what in Britain is called a ‘Commoner.’  Unlike her husband-to-be’s mother, Diana Spencer, whose father was a viscount (something between an earl and a baron) and thus a member of the British peerage, Middleton has no link to the aristocracy.  Hers was a solidly middle-class background, the child of British Airways staffers who later went into business together producing party supplies.  In marrying William she’s fulfilling a version of the ultimate American dream – anyone can do anything, however humble, however ordinary they might be.  You too, goes the message, might just become a princess one day.

In a culture saturated with celebrity, the glamour and spectacle that will unfold on TV and computer screens around the country on April 29 is already powerful, and the British have always handled royal pomp and circumstance magnificently. It’s hard not to be impressed by the old-world carriage, the magnificent costumes, the sparkling jewellery, the solemnity of the service, and all the trappings of well-established power. But add to that the Horatio Alger element of the story and this is as much a dream come true for the American press corps as it is for Kate Middleton and those who aspire to what she has won. This marriage represents the democratisation of the monarchy, suddenly accessible not just to the rich and powerful but, in theory at least, to any and all of us.

This message has not been lost on the British; there’s much talk there about how and whether this historic institution has a role in the modern world worth its high costs.  The spectacle of the wedding may suggest a certain timelessness in British institutions, but Britain in 2011 is a very different, and far more diverse, place than it was when Elizabeth ascended to the throne in 1952, and there has been considerable damage to its reputation in the past three decades or so. Some hope that this new modern approach – a Commoner in the Palace – will rekindle support for the monarchy. In the US, it represents, in some ways, a triumph for American values: Middleton may not be going from rags to riches but she’s entering a rarefied world which until recently would have been utterly off limits. And you can’t get much more American than that!

The Telegraph’s A History of Royal Weddings, with video, historical photographs, photos of Kate & Will, Prince William as an infant with Mom & Dad, stories about the announcement, and lots of gossip and souvenirs

The definitive historical and genealogical guide to the British aristocracy, Burke’s Peerage

A brief History of the British monarchy

For a classic American treatment of this story, there’s the 1951 film, Royal Wedding, directed by Stanley Donen, with Fred Astaire dancing up the wall and across the ceiling. Fred’s sister in the film and Fred’s sister in real life both fall in love with and marry British aristocrats.