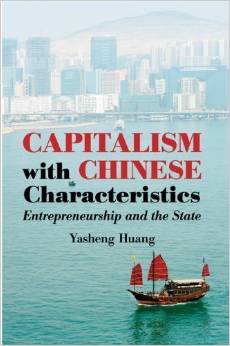 China’s two-digit annual economic growth since 1980 has been seen as a modern economic miracle. But the China story does not seem to conform to standard academic theories of economic development, which emphasize the importance of secure property rights, free market, and economic and political institutions. A widely accepted explanation is that China’s takeoff relies on its specific context, which incorporates an immature market economy, state control, and rampant corruption. All these factors together lead to efficient economic outcomes under apparently inefficient policies and institutions. As a result, China has often been treated as an outlier in development economics studies.

In Capitalism with Chinese Characteristics, Yasheng Huang challenges this conventional view by offering a detailed account of the policy reversal in the 1980s and the 1990s. He argues that private entrepreneurship, facilitated by access to capital and microeconomic flexibility, was at the center of China’s takeoff in the 1980s. However, in the 1990s the Chinese state reversed many of its previous policies. Capitalism in China changed from a market-driven, rural-based, entrepreneurial system to an urban-biased, state-led capitalist system that is anti-poor and anti-private capitalists. This change was not reflected in GDP numbers, but it showed up in the welfare implications for the Chinese population. Since the 1990s, as Huang notes, household income lagged behind the growth of economy and the labor share of GDP also fell.

Huang starts with a detailed analysis of the ownership structure of China’s township and village enterprises (TVEs), which were thought to spearhead the rapid growth of the Chinese economy from the 1980s to the mid-1990s. Many Western and Chinese scholars believe that TVEs, as their name indicates, were owned and run mainly by the local government, which means they were under collective or public ownership. By digging deep into bank documents unexamined before, Huang finds that the Chinese definition of TVEs only refers to their location, not their ownership status. TVEs were located in the countryside, but most of them were completely private. Huang reveals that in the 1980s China saw an explosion of indigenous private entrepreneurship in rural areas. These private businesses were mainly engaged in the industry and the service sector. So, he claims that a rapid rise of rural entrepreneurship characterized the economic development of China in the 1980s, which established the actual, but often neglected, foundation of the China miracle. Huang calls it “the Entrepreneurial Decade.” 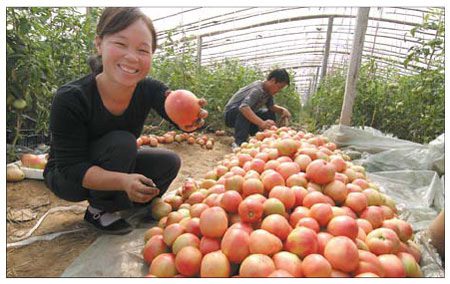 Huang then presents a detailed analysis of the policy reversal in the 1990s. As is well known, 1989 was a year of political turmoil in China as well as in other former socialist regimes in Eastern Europe. In the era from 1989 onward, there was a significant policy reversal, which was first and foremost manifest in rural finance. Credit for rural entrepreneurs contracted and loans for rural private industrial enterprises were tightened. Other policy changes included centralizing the administrative and fiscal affairs of rural governance and repressing private informal loans. TVEs also started to decline in the deteriorating national policy environment no longer friendly to rural private entrepreneurship. Huang says that in the 1990s China continued to march toward capitalism but toward one different from the capitalism in the 1980s. Before 1989, China was developing a market-driven, small-scale, and welfare-improving rural entrepreneurial capitalism. However, since 1990, it was state-led capitalism, featured by substantial urban bias, heavy investments in state-owned enterprises and infrastructures, favoring FDI over indigenous private capitalists, and subsidizing the urban boom by taxing the rural population. Huang looks specifically at the case of Shanghai, the best example of urban Chinese, state-led capitalism. Contrary to the economic growth driven by entrepreneurial activities, Huang argues that, the state-led GDP growth as evidenced in Shanghai is neither sustainable nor welfare-improving. He further points out that in Shanghai model, GDP grows rapidly, but private entrepreneurial activities are repressed and personal income lags.

Most economists and China observers claim that economic reforms continued and even expanded in the 1990s and 2000s, because China’s GDP kept growing rapidly. Huang counters this view by evaluating the Chinese economy based on its benefit to human welfare. His evidence shows that the policy reversal in the 1990s resulted in the adverse welfare impacts: the illiterate population rose again in the 1990s and the growth of personal incomes lagged behind the rapid GDP growth. In comparison, personal incomes grew faster than GDP in the 1980s. He argues that economic growth under the entrepreneurial capitalism in the 1980s was broad-based and thus benefited the vast majority of the population, while the rapid growth under of state-led capitalism in the 1990s did not.

In the end, Huang cautions that the policies of the 1990s directed China onto the wrong path and he calls for fundamental institutional reforms so as to sustain high speed economic growth as well as to resolve mounting social problems. Overall, Huang offers a nuanced analysis of China’s economic growth. His explanation departs from the prevailing gradualist perspective of the China miracle, revealing the decisive policy change between the 1980s and the 1990s and its crucial impacts on Chinese people’s welfare.

More on Asian economics on Not Even Past: