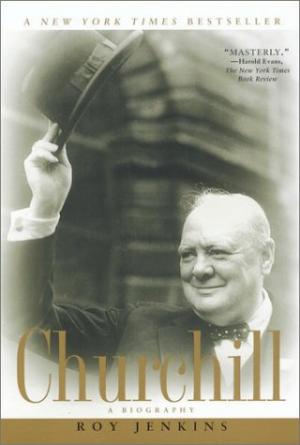 After a long career among both politicians and literary lights, Roy Jenkins perhaps found his ideal subject in his last great biography, Churchill. Fans of the reputation-blackening revisionism common to the genre will find little to love in this laudatory account. The political battles and courageous stands that typified Churchill take center stage over more personal details, though his literary achievements provide a constant subtheme. A former Labour Home Secretary and Chancellor of the Exchequer, Jenkins brings an unparalleled level of Parliamentary knowledge to the recounting of his subject’s long political career. As a result, Churchill stands as not just a biography of an almost mythic figure but also a fascinating account of rough and tumble British politics from the end of the Victorian era to the dawn of the Cold War.

Jenkin’s depiction encompasses the whole of his subject’s extended and exciting life. The author ably navigates the uneven waters of Churchill’s early years, from his daring escape from an enemy prison during the Boer War to his role behind the disastrous Gallipoli raid in World War I. According to Jenkins, the young Member of Parliament (MP) attained high rank in governments under two parties despite repeated blunders because “He was too good a trumpet and too dangerous an adversary” to be omitted. Characteristic energy and outspokenness explain Churchill’s meteoric rise, but his impulsive style and conventional, imperialist sympathies led to marginalization when he failed to adapt to the dynamic politics of interwar England. During these “wilderness years,” Churchill bucked the pro-Chamberlain mood of the nation with calls for a more aggressive response to German rearmament. Such opinions, while contentious at the time, helped position the maverick politician for his return to power at the beginning of World War II. In this congruence of events, Jenkins finds the promise of Churchill’s personality and political career realized. The new prime minister’s strategic mind, Edwardian optimism, disdain for unnecessary slaughter, and enthusiasm for combat made him “the perfect man for 1940 and 1941.” The generous depiction of the wartime years clearly recounts the important political debates that helped define allied strategy, but it also makes room for amusing anecdotes – including Churchill’s use of a golden bathtub after his triumphal arrival in liberated Paris. 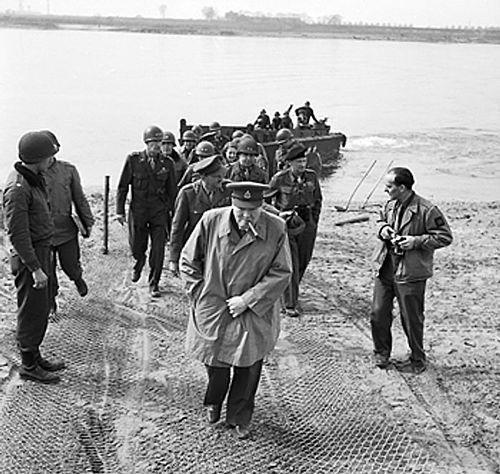 The biography examines the Cold War largely as a dénouement after the triumph of the mid-1940s, but Jenkins provides an interesting discussion of the politician’s preoccupation with nuclear weapons and his ambiguous approach to European unification. Thorough and expansive in scope, Churchill serves as a panoramic view of the first half of the twentieth century through the eyes of one of its most famous and colorful figures.

Erudite, astute, and clearly written, Jenkins’ work stands as a model for the epic life story. The biography excludes few details, but even the most complicated and tedious aspects of policymaking– including the balancing of the British budget – appear contentious and exciting in the author’s able hands. Jenkins invests his work with a level of dynamism and historical importance from its very first page, demonstrating how Winston Churchill’s life served to prepare him for the role of wartime leader. The result is a sterling biography of a truly impressive personality, whom Jenkins glowingly describes “as the greatest human being to ever occupy 10 Downing Street.”