In this work, Zachary Lockman seeks to introduce a general audience to the history of the study of Islam and the Middle East in the United States and Europe, with particular attention to US studies from the mid-twentieth century. The importance of this book lies in Lockman’s attempt to reach the general public with information about the history, politics, and culture of the Middle East. 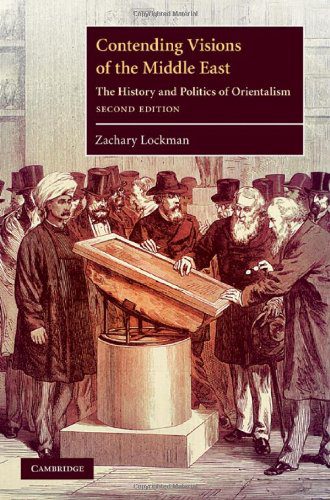 Lockman’s concern is that certain kinds of knowledge about the Middle East and Islam have been used to shape and justify dangerous policies without the consent of an informed public.

The first half of the book surveys how the “West” has imagined the Middle East from ancient times to the twentieth century. Lockman begins with the early history of different formulations of the east/west divide from the Greeks onwards. He argues the images of the “East” created by the Greeks and Romans had little to do with reality and were influenced by early conflicts with Persia and the concocted opposition between “civilized” Greeks and Romans on the one hand and “barbarians” on the other. These early theories were then adapted by western political theorists to serve particular political and military goals. In an argument reminiscent of Edward Said’s in his book Orientalism, Lockman argues that representations of Islam can be deployed for contemporary political purposes because they still have public emotional resonance.

In the second half of the book, Lockman focuses on the American and British image of the Middle East over the past fifty years. The bulk of the book is devoted to the modern development of the field of Middle Eastern Studies through the influences of empire, the Cold War, and the rise of area studies after World War II. Lockman argues that images of Eastern cultures in the West have been linked with the growth of European and American power over Muslim territories. In the final chapter, Lockman lays out what he sees to be the threats posed to Middle Eastern studies by politically-motivated anti-Eastern policy, manifested mainly in think-tanks and the media. Lockman argues that, particularly after the events of September 11th, there has been a serious effort to censor opinions deemed too liberal or too supportive of Arab or Islamic causes.

Lockman’s work has been criticized for giving undo attention to debates in the public sphere and neglecting work produced inside academia. But this is Lockman’s point exactly. Political debates within public policy and the media have overtaken genuinely scholarly interest in the Middle East, and have influenced the types of questions addressed in colleges and universities. For this reason, Lockman’s book arrived at a perfect time to give a clear history of the study of the Middle East and Islam. The book calls attention to the social and political interests that have been served by the adoption of a certain type of one-sided scholarship.