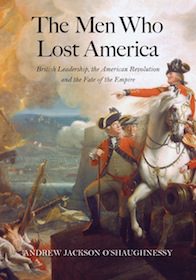 It is a pleasure to read a full account of the British side of the American Revolution. In Andrew O’Shaughnessy’s “The Men Who Lost America,” we see the beginning of the story through the eyes of George III, who was still physically strong and mentally robust. He proclaimed, in words that Churchill might later have uttered, “We are contending for our whole consequence whether we are to rank among the Great Powers of Europe or be reduced to one of the least considerable.” Two dates were crucial: In October 1777 at Saratoga, N.Y., Gen. Burgoyne surrendered more than 6,500 men; four years later almost to the day, Lord Cornwallis was forced to surrender at Yorktown, Va., effectively ceding victory to the new United States. Britain’s fundamental mistake was the assumption that most American royalists would remain loyal. Many were ambivalent about rebellion but not suicidal. What also swung the balance was that, after Burgoyne’s capitulation, France and Spain began to support the American patriots. In this myth-shattering book, Mr. O’Shaughnessy drives home the point that, despite losing America, the British saved Canada, the West Indies, Gibraltar and India, securing the foundations of a global empire. 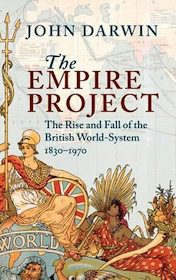 “The Empire Project” relates in engaging style the rise, decline and fall of the British Empire, which at its height extended over a fourth of the earth’s surface. The downfall was not a linear descent. The empire revived in spirit and purpose before finally collapsing in the 1970s. John Darwin’s chronicle is an exhilarating read, above all because of the pen portraits of the proconsuls, including Lord Curzon in India, Lord Cromer in Egypt and Sir Alfred Milner in South Africa, as well as Cecil Rhodes, who “offered a winning combination of imperial patriotism and colonial expansion.” In the empire’s last phase, Lord Mountbatten, the last viceroy, presided over the “ruthless” partition of India and the creation of Pakistan. In Mr. Darwin’s judgment, at least one million people died in the “mass madness” of communal violence. But “Mountbatten was lucky”: British forces emerged from the upheaval virtually unscathed. 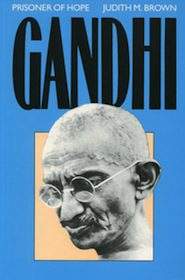 A book written a quarter of a century ago, “Gandhi: Prisoner of Hope” has stood the test of time. Judith Brown is by no means uncritical of Gandhi, pointing out, for example, his egregious mistake in advising the Jews in Nazi Germany to adopt methods of nonviolent protest. He could be quirky, unpredictable and contradictory. At first he believed that India’s independence could be achieved by keeping faith with the British, but he changed tactics in the interwar years to nonviolent resistance. Ms. Brown argues that civil disobedience never made British rule impossible. Its aim, for India’s nationalist movement, was a “quest for legitimacy.” As for Gandhi’s legendary fasts, they provided an opportunity for “theatre and symbolism.” Gandhi envisioned an anarchic utopia that would be self-regulating, with a non-industrialized economy based on agriculture. India today is a far cry from his vision. Yet as a figure of moral principle, Gandhi expressed to many, then as now, “eternal truths in a changing world.” 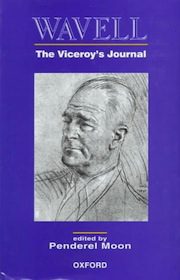 Field Marshal Archibald Wavell’s diary is stunning in its honesty and clarity and in its incisive criticism of British rule in the Subcontinent. In 1941, Churchill sacked Wavell for failing to defeat Rommel in North Africa, then appointed him Viceroy of India in 1943 as a stopgap, hoping that he would hold the line politically. Churchill first realized his mistake when he discovered that Wavell was at heart a poet (and in 1944 published a famous anthology, “Other Men’s Flowers”). In his diary Wavell recorded, shortly after his appointment, that Churchill “has always disliked me and mistrusted me, and probably now regrets having appointed me.” Wavell wrote that Britain’s wartime cabinet, when it came to Indian affairs, was characterized by “spinelessness, lack of interest, opportunism.” He was sympathetic to Indian nationalism and got on well with most of the Indian leaders—except Gandhi, whose “one idea for 40 years has been to overthrow British rule and influence and to establish a Hindu Raj; and he is as unscrupulous as he is persistent.” Wavell proved to be one of the few who could stand up to Churchill, and he did so time and again, though their last meeting ended on a whimsical note. After his defeat in the 1945 election, Churchill asked Wavell to “keep a little bit of India.”

A Prince of Our Disorder, by John Mack (Harvard University Press, 1976) 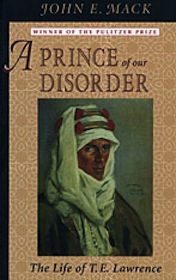 In this probing and compassionate biography of T.E. Lawrence, John Mack, a psychiatrist, merges history and psychology. The picture here is of Lawrence as one of the leaders of the Arab revolt that took place during World War I—a role in which he operated as a British intelligence officer, advising Feisal (later to become king of Iraq), rather than as the mastermind of the insurrection against the Ottoman Empire. One point that has baffled biographers is the capture and rape of Lawrence by the Turks. Mack believes that Lawrence underwent “psychic trauma” of such “depravity and horror” that it helps explain his later compulsion to be flagellated. Mack offers vivid insights into the reason that Lawrence renounced his own “legend” and enlisted after the war in the ranks of the RAF. Despite all, he concludes, Lawrence remained, in his future roles, a creative force, “an enabler.”

This article was originally published in the Wall Street Journal on June 19 2015.