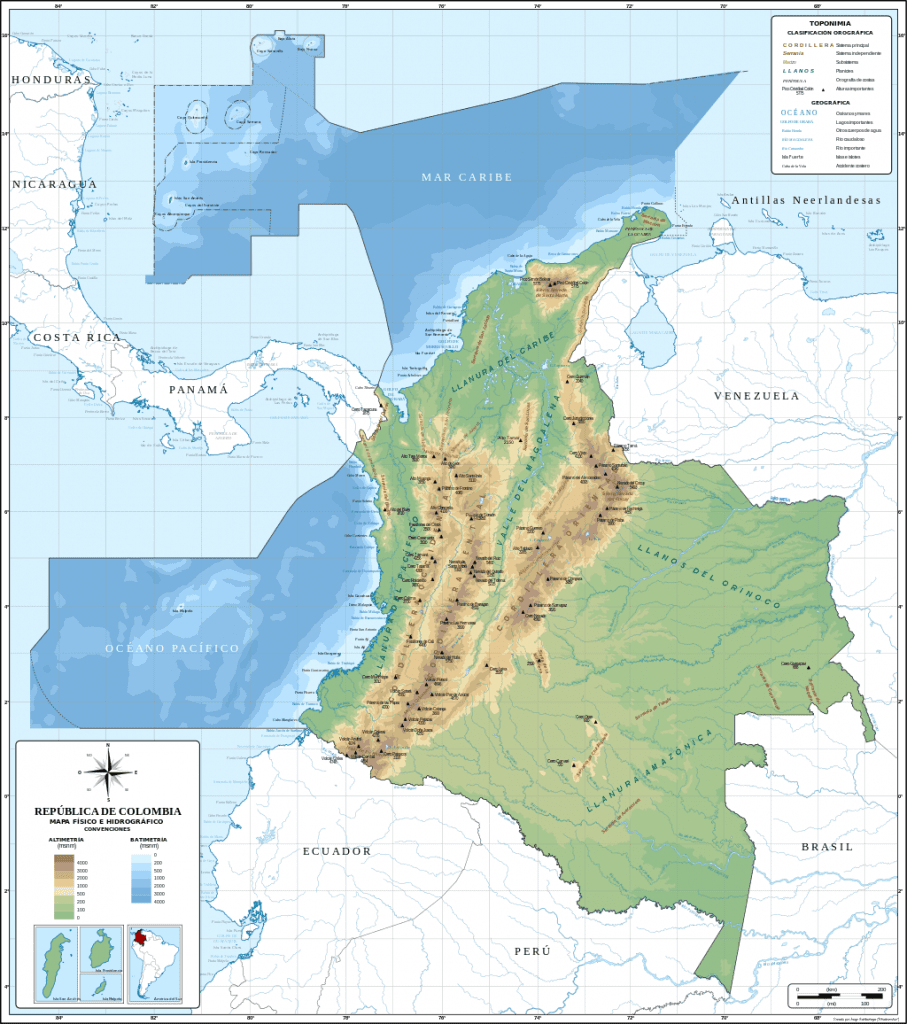 Map of Columbia (via Wikipedia)

In September of 1980, my mother took a calculated risk. As a talented singer with perfect pitch frustrated by a broken marriage and limiting law career, my mom left Bogotá, Colombia to pursue her dream of opera singing. My father, already starting his second family, agreed that my brother and I needed to go with her. My maternal grandparents followed us to the United States soon thereafter. While my mother worked hard to win first prize at international lyric-opera competitions with the help of a renowned voice coach, my brother and I worked hard to learn English and excel in school with the help of caring teachers, our grandparents, and kind friends. We both were inspired by our mother’s tremendous efforts and her willingness to take risks. Although my daily life during the school year took place in Westchester County, New York, an important part of my childhood also took place in Bogotá, where I spent many summers and occasional winter breaks with my Colombian family. I yearned to learn more about the place of my birth. I also missed my family terribly when I wasn’t with them. At the same time, I appreciated the security, opportunities, and friendships I found in the United States.

Curiously, although Latin America was often included in the content of our social studies textbooks, we rarely got the chance to actually study the region. As an undergraduate student at Cornell University, I finally found courses that began to teach me about Latin America, including a course on US-Latino literature (the gendered sensitivity evoked by “Latinx” had yet to be imagined). For the spring semester of my junior year, I decided to ‘study abroad’ at home in Colombia. Doing so proved to be one of the most eye-opening and academically satisfying experiences of my life up to that point. The international relations seminar I took with Juan Gabriel Tokatlian at la Universidad de los Andes helped me see more clearly the problems that come with treating a public health crisis (drug addiction) through militarization and strategies of war. At the Javeriana University, I signed up for a graduate-level seminar on the Annales school, a style of historiography developed by French historians in the 20th century that stresses long-term social history. A fellow student openly revealed his Marxist leanings and offered memorable critiques of our readings. These conversations for the first time allowed me to realize that there could be different schools of thought when it came time to develop historical analyses. Upon graduation, I decided to return to Colombia, where I taught a version of the US-Latino literature course at the university level, but only until my supervisor required that I teach the 19th-Century Colombian History survey. These experiences, together with the friendships I made with colleagues at la Javeriana and los Andes made one thing clear: if I wanted to be serious about teaching and researching at the university level, I needed to pursue graduate study in the United States. At the end of the day, the only career track that would allow me to bi-locate between my two beloved homes, the United States and Colombia, was the historical profession.