By Tatjana Lichtenstein and Jonathan Parker

This first section of this post is by Tatjana Lichtenstein

Wedged between Hitler’s Germany and Stalin’s Soviet Empire, Eastern Europe was the site of unprecedented human and material destruction in the years between 1938 and 1948.  As the staging ground for Hitler’s vision for a new racial order in Europe as well as Soviet expansion and social revolution, the region was devastated by genocide and ethnic cleansing, mass deportations, programs of economic and social exploitation, and warfare.  In my upper-year undergraduate seminar “World War II in Eastern Europe,” students examine not only the history of war and occupation, but also the ways in which this most devastating experience is remembered in Eastern Europe.

This year students worked in groups on six different films, crafting class presentations in which they examined how filmmakers chose to interpret and represent specific historical events or questions. In their projects, students focused on the kinds of choices the film makers made in presenting history and how those choices were reflected in the film itself. The films chosen included Polish, Soviet, and German films such as “Katyń” (Poland, 2007), “Come and See” (USSR, 1985), and “A Woman in Berlin” (Germany, 2006).

Several of the group projects analyzed films on the Holocaust. Since the collapse of Communism, the Holocaust has been one of the most intensely researched and debated topics in several East European societies, most prominently in Poland. Historical monographs, exhibits and museums, as well as films have introduced audiences to new perspectives on the German destruction of Poland’s Jews. Among them has been new research on the attitudes and behaviors of Catholic Poles towards their Jewish neighbors during and after the war. As archives became accessible, what the historians found unraveled long-standing myths of widespread Polish assistance to Jews during the Holocaust. Instead, they uncovered a disturbing pattern of intimate exploitation and violence and Poles benefiting from the deportation and murder of Jews. Sometimes the killers were Poles not Germans. In stark contrast to the cherished memory of Poles as heroes or victims, some appeared to be collaborating with the Germans while the majority remained indifferent and morally distant to the catastrophe that befell Poland’s Jews.

While such revelations of non-Jews’ indifference and complicity are not unique to Poland—it is a well-established fact that the Germans did not do it alone—this new history fundamentally challenges the memory of the war nurtured by both Communist Polish authorities and Polish diaspora communities. It contests the validity of mainstream Polish historical memory. One film director who has grappled with this question in her work is Agniezska Holland. Her latest film about the Holocaust, the 2011 feature In Darkness, was the topic for one of the seminar student presentations. In the review below, Jonathan Parker, a third-year Plan II and History major, discusses the ways in which Holland seeks to both interpret history and show a way forward out of the morass created by a painful, thorny, and divisive history that continues to be the subject of intense debates in Polish society today.

The following section of this post is by Jonathan Parker 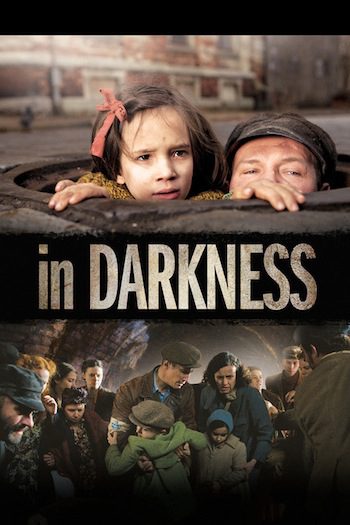 In her film In Darkness, Polish director Agnieszka Holland presents the true story of Leopold Socha, a Polish sewer worker in the then Polish city of Lwów. Socha helped a small group of Jews survive the Holocaust during the Nazi occupation of eastern Poland until the Soviets liberated the city in 1944. In telling this story, Holland attempts to reconcile the traditional Polish narrative of Poles as heroes and victims with the more recent argument that Poles both actively and passively collaborated with the Nazis in the Holocaust. The result is a nuanced and compelling story that confronts Poland’s dark past and in doing so attempts to redeem Poland. Holland’s narrative suggests to its audience that by confronting and coming to terms with the darker parts of their history, Poles can redeem themselves.

Holland builds this narrative primarily through the development of Socha as the film’s protagonist. In the beginning, he makes anti-Semitic comments and seems intent on exploiting the Jews under his care. When his co-worker expresses concern that they might both end up dead for helping the Jews, Socha brushes this aside by saying that they can see how much money the Jews have and then turn them in to the Nazis whenever they want. Socha continues in this vein until the Jews run out of money, by which point he has become more sympathetic and begins working for them for nothing. By the end of the film, Socha apparently has only humanitarian motives. In this way Socha redeems himself and Holland addresses Polish anti-Semitism while pointing out that Poles were also humanitarians. 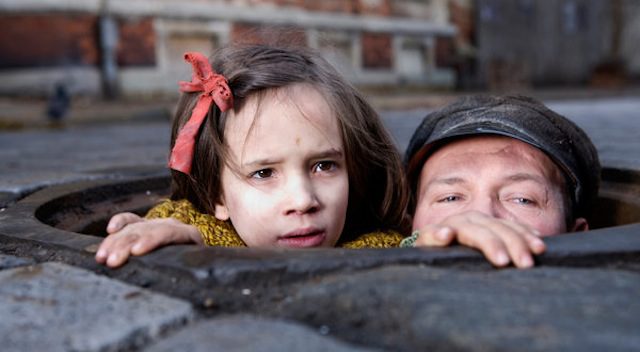 Screenshot from In Darkness.

The most important thing to note is that In Darkness is first and foremost about Socha, not the Jews. It is a Polish story with the Jews (reminiscent of Schindler’s List) almost as mere props for this Polish redemption narrative. In fact, at the very end of the film, Socha explicitly takes ownership of his humanitarian actions by repeating “these are my Jews, this is my work.” This emphasis on the Polish side extends into the absence of the Soviets who, despite their pivotal role as the liberators of the city, are almost entirely erased from this story. Thus In Darkness is emphatically a Polish story about the Holocaust, one in which the audience is presented with a character who redeems himself over the course of the film and thus helps Poles to come to terms with their own past. In other words, Socha demonstrates to the audience that it is possible for Poles to overcome their former anti-Semitism and come back into the light. 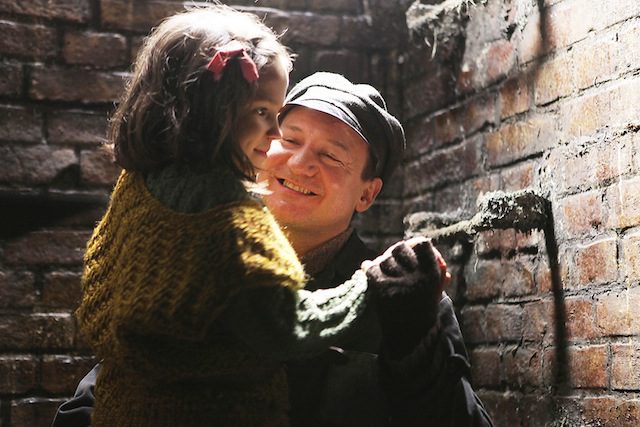 Screenshot from In Darkness

Holland is responding to the recent debate in Poland around the role of Poles in the Holocaust with a film that attempts to reconcile two competing narratives: Poles as victims and heroes versus Poles as perpetrators and participants. She creates a third narrative in which Poles can redeem themselves by confronting their past. The title of the film thus takes on a double meaning: Not only are the Jews trapped in the darkness of the sewers, but Poland is trapped by its dark history, and both come back out into the light by the film’s end.

The Neighbours Respond: The Controvery Over the Jedwabne Massacre in Poland, eds.  Antony Polonsky and Joanna B. Michlic (Princeton University Press, 2003).