The history of aviation is filled with heroes and their machines.  Exhibits in the many air & space museums spread around the United States are filled with pictures of young pilots, proudly posing by the side of their aircraft before attempting some feat to enter into a long list of “firsts.” While we often focus on these brave characters and their daring flights, aviation became what it is today through more mundane activities than risking lives, performing stunts, or breaking records. The pilots who aided cartographers and engineers in the production of special aviation maps represented a much bigger contribution to the expansion, reliability, and increasing safety of air transportation. 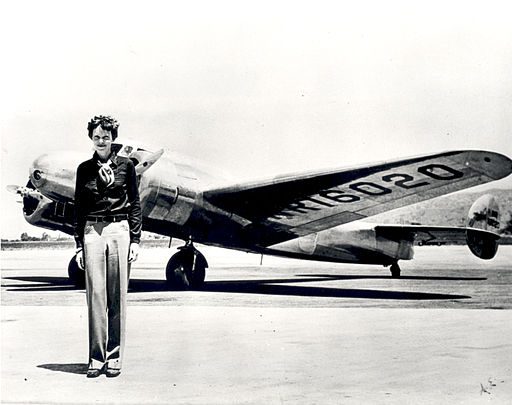 Knowing one’s exact location was among the greatest challenges of the human push into the air, as it is in the exploration of any new frontier, before there were such things as aeronautical charts, that is, maps for aerial navigation. It is easy for a generation with pocket sized access to Google Maps to underestimate how different our world looks from above if you have only seen it from ground level. Pilots in the 1910s and 1920s scrambled to adapt any maps in existence to use in their cramped, loud and open cockpits.

Railroad, highway, land survey and other maps were often cut up into smaller strips depicting the exact routes pilots had to navigate. These “strip maps,” chopped and annotated from various sources are a common archival find among the possessions of pilots from the first half of the twentieth century. 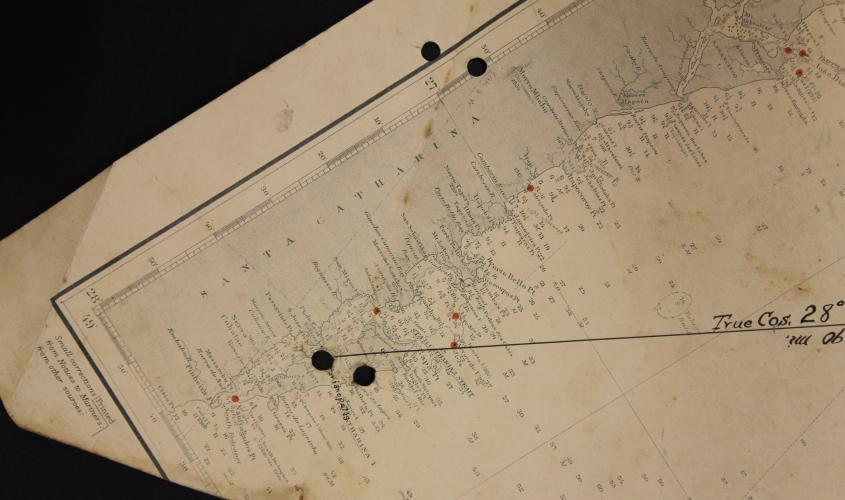 This strip map shown here is a nautical chart that was cut to only show the area needed by the pilot, then folded and punch holed to be stored in a binder for easy manipulation.

Because strip maps were cut out from maps made for other forms of transportation, pilots were often forced to follow routes that already existed.  American Air Mail pilots, for example, followed railroads, known then among pilots as the “iron compass.” Even with a track marking the path on the ground, pilots still required some help along the way. That could be farmers painting navigational aids on the roof of a barn, or making bonfires and installing beacons to help pilots through the night. Seaplanes flying along the coast, like the ones Pan Am operated on the New York – Buenos Aires route during the 1930s, could count on the same infrastructure sailors had used for hundreds of years. They used nautical charts, which not only showed them the coastline, but also any lighthouses along it. This early aeronautical chart was intended to be used by pilots navigating the coast around Rio de Janeiro. It was obviously made from a nautical chart, but inland features useful for aerial navigation were also added. 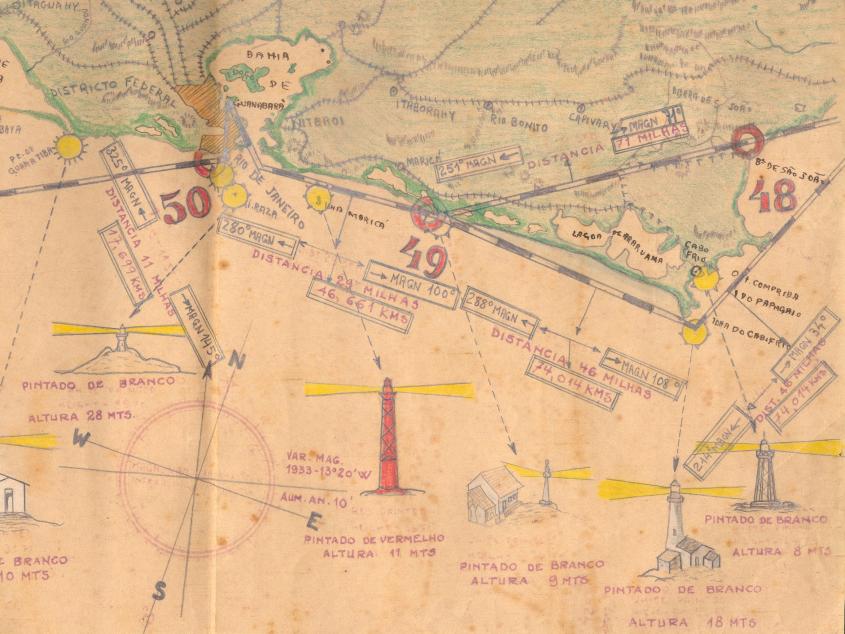 These adaptations made from railroad or nautical maps worked fine – so long as one only intended to fly up and down the coast or along railroads, a serious limitation on the promise of untethered transportation implied in aviation.  It only took a sudden fog to throw a pilot off his railroad track with no means to find his way back. For seaplane pilots that same fog could cover coastal mountains, and since nautical charts showed the depth of the ocean but not the height of mountains, that meant serious trouble – especially as weather forecasts were often lacking in both frequency and precision. Even more mundane problems plagued pilots, especially in the days of open cockpits, when a map could fly right out of a pilot’s hand into the open air. 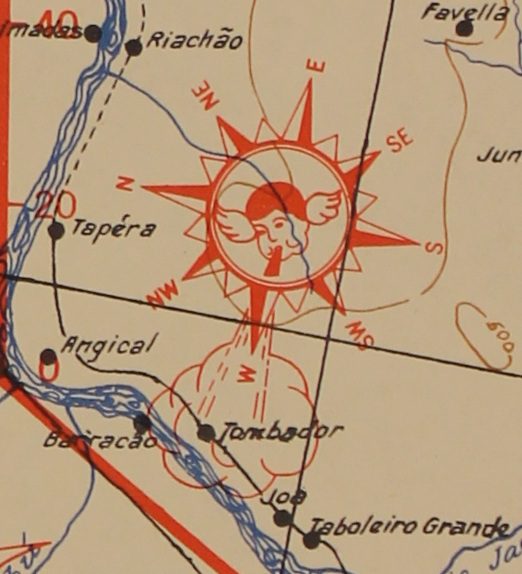 This aeronautical chart from the late 1930s tries to include useful meteorological information, by adding a little angel blowing the wind in the statistically prevailing direction.

Before real aeronautical charts became available, pilots often worked around these limitations by adding their own bit of navigational knowledge to maps for their own reference or to share with other pilots. Archival copies of adapted strip maps used by pilots before the 1930s often had a variety of small annotations, pointing out where one could find fuel, farms with fields large enough for landing, the height of dangerous peaks, and even descriptions of geographic features useful for navigation. This kind of information, first informally added to maps by pilots, was eventually formalized in aeronautical charts.

The notes on the two maps above were added by a pilot prospecting an area for an airline, noting the heights of the mountains and the conditions of landing fields – two pieces of information unavailable on the nautical chart which he used.

By World War II, many places with developed aviation industries already had maps that could be used for aerial navigation, charts that helped pilots interpret the ground below to understand what they were flying over. But as airplanes flew higher and higher, aeronautical charts would come to represent airspace three-dimensionally, showing different areas of airspace, restricted or reserved for different purposes at different altitudes. Finally, with the expansion of radio-navigation towers, even invisible radio highways were depicted on these maps, so that pilots could use special instruments to follow radio signals, decreasing the need for visual references on the ground altogether.  Here you can see a modern aeronautical chart showing many  invisible features, such as airways created by radio signals and divisions of airspace at different altitudes.

For more on aeronautical history:

The National Air and Space Museum has an online and physical exhibit on the history of early Air Mail pilots and navigation.