Over the past few years, most major print newspapers and magazines have started websites for showcasing photojournalism. Since June 19, 2011, The Atlantic magazine’s photo site has been running a remarkable weekly series called “World War II in Photos: A Retrospective in Twenty Parts” (it continues to October 30).

All the theaters of war are represented and the exhibits are organized around major battlefronts, but also included are thematic installments such as color photographs from the US home front and an exceptionally wide-ranging exhibit of Women at War. Rather than replay well-known or iconic photographs, each installment is filled with surprising and revealing shots. Even well known figures are shown in unexpected ways, like this shot of a sullen, defiant Hitler, at age 35, just after being released from prison in 1924. 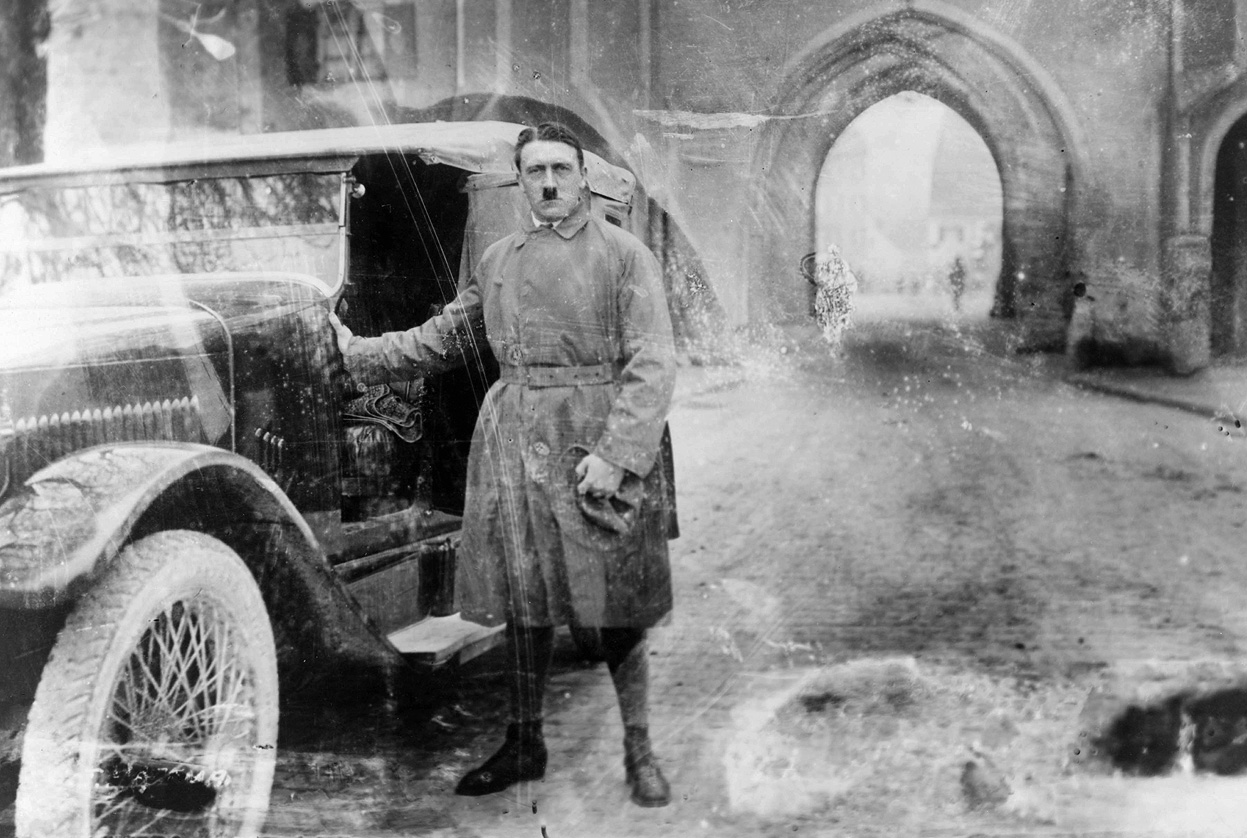 Many of these pictures, like young US women in fur coats and saddle shoes playing with guns in the snow, make it easy to maintain some historical detachment, but some collections make it impossible to forget what war really means, like the haunting installment, Daring Raids and Brutal Reprisals, with images of destroyed towns and massacred people. 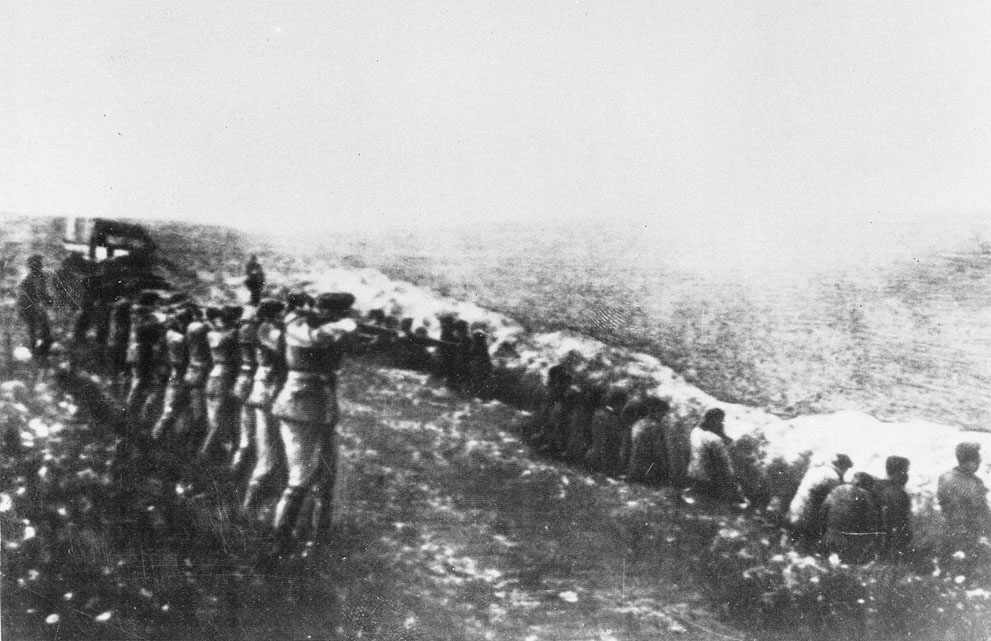 Among these is a photo taken from the corpse of a German officer, depicting the notorious (but largely hidden) execution of Jews at Babyi Yar, Ukraine in 1942. 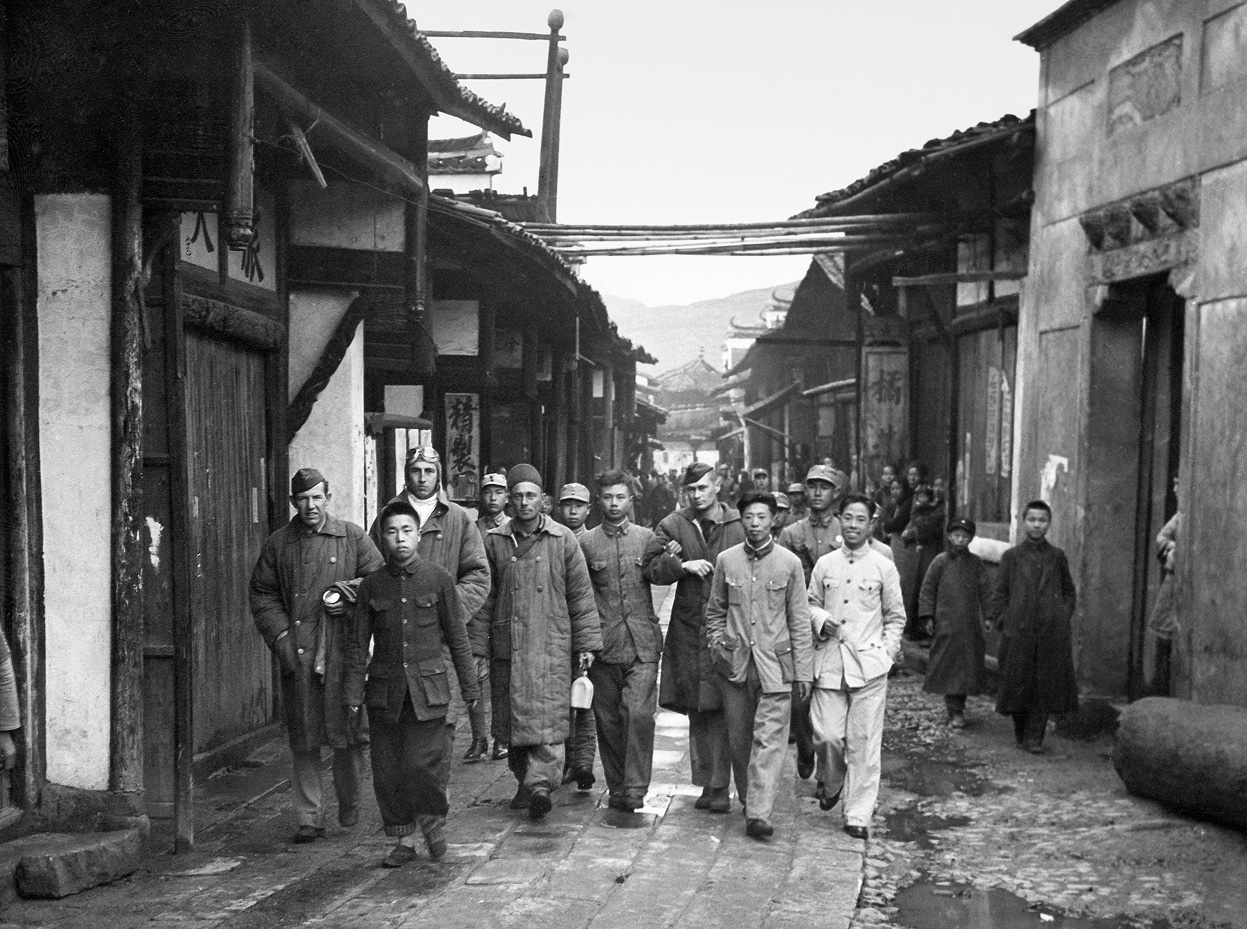 Another shows Chinese villagers and the US airmen they rescued (whose expressions range from grim to cautious to smiling for the camera), before the Japanese retaliated for those rescues by wiping out whole villages and killing up to 250,000 people.

Another source for unusual or simply forgotten aspects of WWII photographs is one of the terrific historical photoblogs that have sprung up recently, The Retronaut. The brain-child of indefatigable Chris Wild, “How to Be a Retronaut” posts an entertainingly wide range of historical images, including a rich collection of WWII subjects. In the past two months alone, Retronaut has posted a selection of William Vandivert’s Life Magazine color photos of London after the Blitz, a sample of anti-prostitution posters directed at US soldiers, 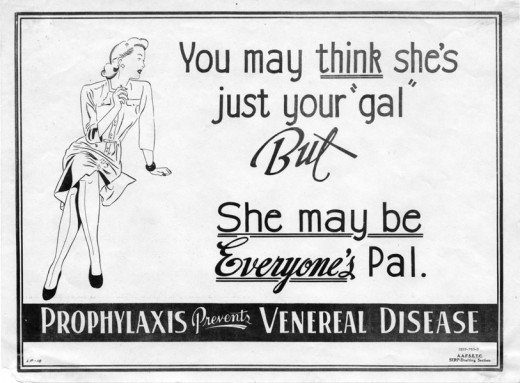 color photos of Paris after Liberation, The Destruction of Epinal, France, color photos of Nazi rallies, and Ansel Adams’ 1943 series documenting Japanese internment in California, “Suffering Under a Great Injustice.”  Most relevant here, is a collection of Frank Scherschel’s Life Magazine color photos of France after D-Day.

Anyone curious about historical photographs will find a lot more to explore at the Retronaut. 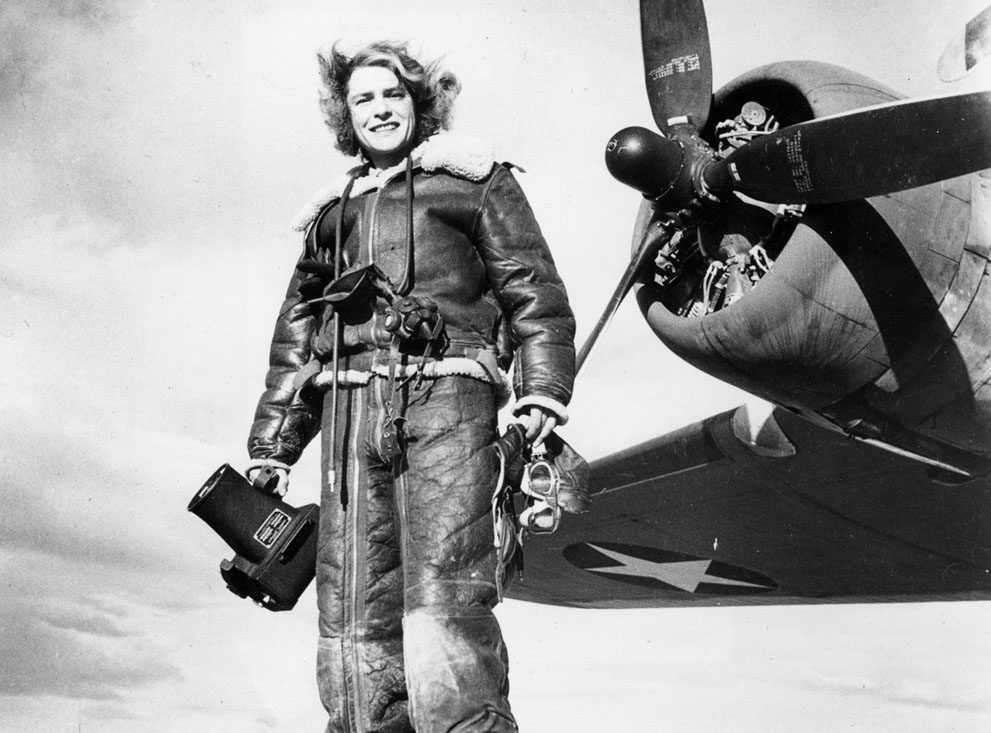 Margaret Bourke-White, One of the great photojournalists of the war era

Or you can go right to one of their main sources: Life Magazine. Thirty-four galleries on the Life website display the magazine’s coverage of everything from Major Allied Figures and Seventeen Portraits by Margaret Bourke-White (depicted below), to Children of the War and American Music Overseas to Liberation of the Camps.

Today, with iPhones clicking at every step, our age is being so well-documented it may come as something of a surprise to find so many well-preserved collections of images of the world at war, 70 years ago, when cameras were heavy, film had to be developed, and photos had to be transported. There’s no comparison in numbers, obviously, and in the years since we’ve seen more recent wars in our homes on TV and at the movies portrayed far more realistically, which makes one think about what criteria of selection was employed to preserve the images we have. All these pictures also raise questions about viewing the past in photographs, particularly the ways that this large number of images both brings the past close and keeps it at a distance.

Our other blog post on finding images of World War II

Photo Credits can be found on the linked pages.