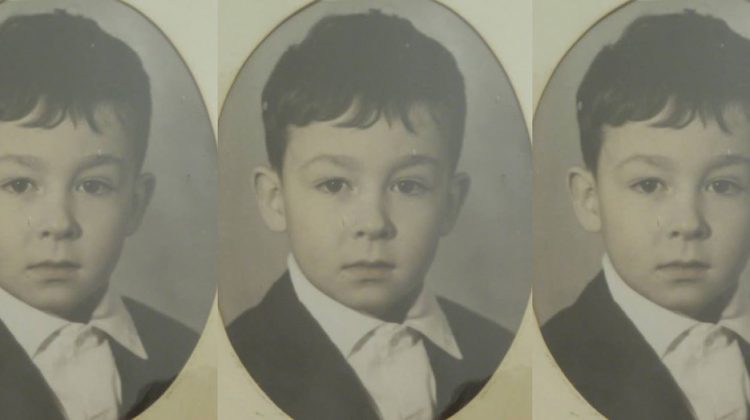 by Mikhail Iossel
Even though I had been grounded for a week’s worth of after-school time, due to having come home with a torn shirt and bloodied nose and raw scrape across the face the day before (as a result, in turn, of my and two of my new elementary-school classmates’ desperate attempt to bar three burly free-roving city cat-catchers with vodka and garlic on their breath from entering the stray cat-filled basement of our apartment building), I was nevertheless able to tiptoe out of my room and sneak past the kitchen (where my parents sat at the oilcloth-covered formica table in tense silence, as though still listening to the wall-mounted radio and expecting it to elaborate further on that, presumably extremely important and apparently quite upsetting breaking news it had just finished delivering) and slide out the unlocked front door and hurtle down the three flights of tall concrete stairs and then switch on my pocket flashlight and slink into the gaping black hole of the basement (it was cold in a lukewarm way in there, and the waterlogged air smelled of chlorine and urine and propane and dirty wet rags and blood) and almost immediately hear the weak plaintive meowing somewhere to my left and right away commence to prick and probe that irredeemable darkness with the sharp rapier of my flashlight and before too long (my heart jumped for joy painfully) locate that miraculous sole survivor of the brutal cat-hunt, and then take the pitiful creature into my arms (it was tiny and still-blind and probably sick and flea-ridden and weighed nothing at all) and hurry out and back up the stairs (my heart was beating wildly) and steal back into the apartment with the kitten tucked inside my shirt, through the quiet front door left ajar, and tiptoe quickly across the hall and past the kitchen and into my room, completing the journey – unnoticed for all this time by my parents, who still were sitting there, in the kitchen bathed in intensely yellow light, in silence (although a short while later my mother asked my father, in a fearful voice loud enough for me to hear, if he thought this could mean war now, in case of some truly terrible scenario, were it to develop that we, god forbid, had anything remotely to do with it; and after a pause he said he hoped not) and gazing through vacant eyes out the already-winterized kitchen window and into the pitch-dark, wind-swept lunar nothingness of our Khrushchevean “micro-district” on Leningrad’s far southwestern edge where we had moved four months earlier, into the “cooperative” three-room, thirty-seven square-meter apartment of our own (it was, of course, owned by the state, like everything else in the country), from the cramped and happily noisy communal apartment in the angry roiling heart of the city; into the moonless and altogether desolate late-fall Friday evening — the evening of the day in the eighth year of my life when John Kennedy (who, as everyone in our future-bound world knew, was not a good person, to put it mildly, merely by dint of his being the leader of the pernicious and historically doomed world of international imperialism — so what was the big deal then and why the long faces?) was shot to death by someone who was not one of us light years away, in America