Christopher Rosenmüller is one of a number of recent scholars to revisit history’s “great men,” who were the focus of most studies on colonial Spanish America until social history’s rise to popularity in the 1960s. 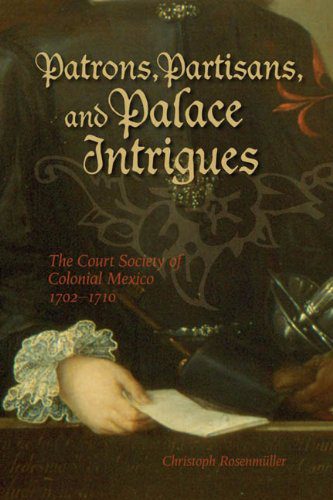 These historians are reassessing the roles of individual rulers and colonial institutions, using  methodologies borrowed from social and cultural history more often used to examine the ruled rather than rulers. Rosenmüller brings to life the “palace intrigues” of the Duke of Albuquerque, who served as viceroy of New Spain (now Mexico) from 1702 until 1710. His approach, though centering on a single figure, echoes that of many social historians: he examines the viceroy not as an intrepid leader or a cog in an imperial machine, but as a participant in a complex social network. While scholars have already begun to examine the relationship between social networks and state power in early modern Europe, Rosenmüller is the first to apply this methodology to new world viceroys, who are surprisingly understudied. The result is at once a compelling biography and an insightful contribution to scholarship on colonial Mexico.

Patrons, Partisans, and Palace Intrigues explores Albuquerque’s political career in vivid detail, focusing especially on his relationships with New Spain’s elites. Although royal law required viceroys to remain detached from local society, in practice the rule was rarely observed. From the late seventeenth century onward, especially, these representatives of the King often constructed a power base by fostering close ties with local traders, entrepreneurs, and friars, waiving royal laws that harmed these elites’ businesses in return for their loyalty. Viceroys also bolstered their local authority by appointing their clients and allies to offices in the colony. Albuquerque was no exception to these trends.

In the early eighteenth century, King Philip V began a campaign to curtail these practices, in hopes of ensuring that the viceregal court would serve royal prerogatives rather than local ones. Instead of extending royal authority as the King had ordered, however, Albuquerque, continued the tradition of power-by-patronage. In doing so, he not only filled his own coffers and reduced local opposition to his rule, but also helped New Spain’s elites to deflect the royal reforms that threatened their interests. Yet, as Rosenmüller demonstrates, Albuquerque’s disobedience ultimately worked to the Crown’s advantage. The Bourbon dynasty only recently had wrenched the Spanish throne from the long-reigning Hapsburgs, which made the maintenance of the viceroy’s local power networks more critical than ever. By pandering to local interests, Rosenmüller argues, Albuquerque played a crucial role in maintaining New Spain’s loyalty to the Bourbons during a period of instability. 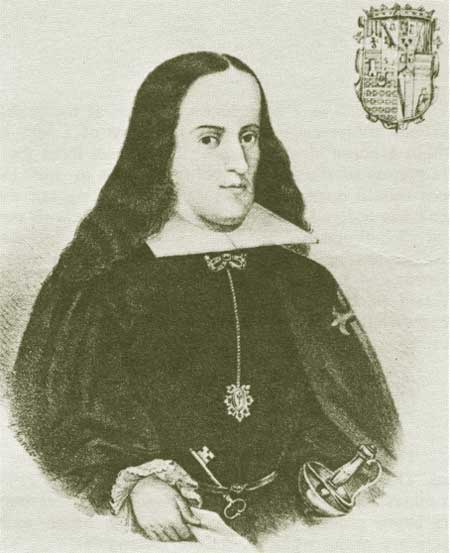 Although Patrons, Partisans, and Palace Intrigues neglects to address the roles of non-elites in viceregal political culture, it is nevertheless an excellent study. Rosenmüller’s consideration of local actions and interests alongside broader political developments tells the fascinating story of Albuquerque himself, but also reveals the workings of Spain’s imperial power more broadly. It shows that viceroys were not mere mouthpieces of royal authority, but active mediators between colony and metropolis, charged with balancing their often-competing interests. Consequently, the maintenance of the Crown’s authority and legitimacy in early eighteenth-century New Spain was as much a product of local interests and political intrigues as of royal policy. Taken together with Alejandro Cañeque’s The King’s Living Image (2004), Patrons, Partisans, and Palace Intrigues provides valuable insight into the role of viceroys in upholding and legitimating colonial rule, which is critical  to understanding political culture in colonial Mexico.

Zach Carmichael’s review of a book about the relationship between Bourbon Spain, its New World possessions, and the native peoples living on the borderlands of the Spanish empire.