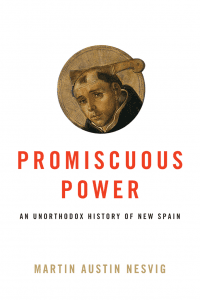 Power, he argues, was “promiscuous” in sixteenth-century Michoacán because there were dozens of claimants to overlapping jurisdictions: indigenous nobilities, native commoners, encomenderos (tributary lords responsible for conversion of entrusted indigenous communities), bishops, parish priests, friars, audiencia (high court) magistrates, alcaldes mayores (city mayors), city councils, corregidores (regional authorities), viceroys, general inquisitors, inquisitorial delegates, cathedral chapters, etc. Each corporate group brought the “imperial” state to a crawling halt. In fact, he argues there was no single colonial “state” but dozens, if not hundreds, of micro- imperial ones, in and around cities and in the many distinct regional rural hinterlands of the sprawling province of Michoacán. Nesvig describes these micro-states as being led by clerical caudillos (charismatic leaders of armed posses) and encomenderos who enjoyed flexing their raw patriarchal muscles (complemented by some matriarch encomenderas who flexed their biceps and ass-kicking thighs).

Nesvig irreverently pokes fun at the large Inquisition historiography that finds the key to the building of the colonial state in inquisitorial hegemony and fear-inducing techniques. He shows all these arguments to be nonsense because people in Michoacán repeatedly and literally shit on the Inquisition agents.

Rarely does the nature of the sources match the voice of an author as it does in Nesvig’s Promiscuous Power. Like his subjects, Nesvig likes shitting on the conventions of academic writing. Here is a sampling. 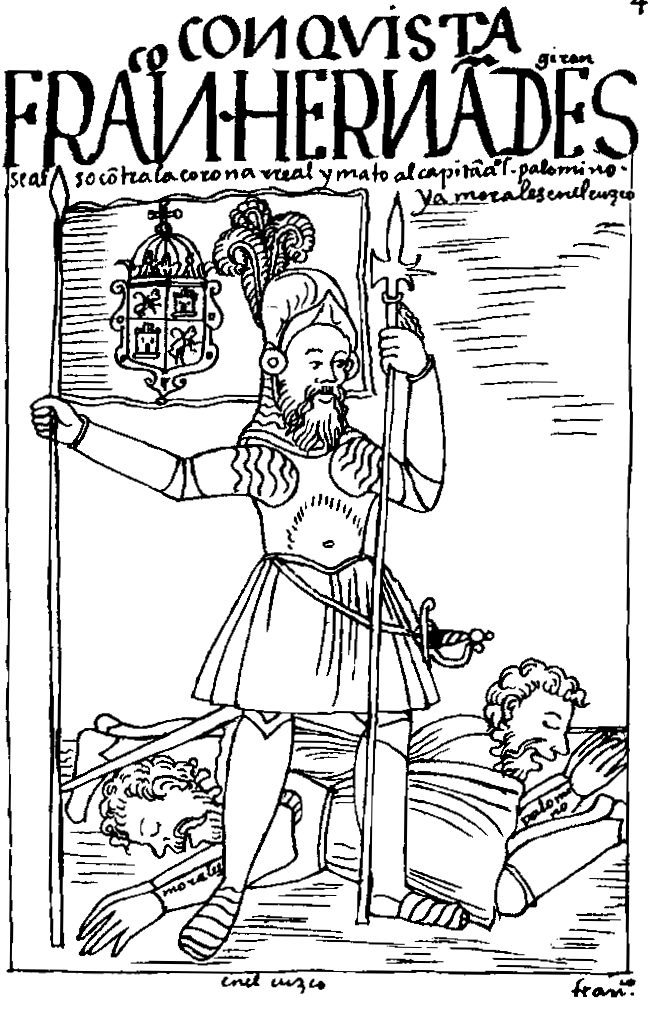 Nesvig quotes a bandit who beat, stabbed, and robbed the officials carrying the sealed correspondence of inquisitor of Mexico City, as saying:

“People laughed at the king and the pope and called their judges squashes, putos, and little whiny bitches while stabbing and cracking them and smacking their idiotic, pompous bonnets off their heads.” (171-72)

“Orduña [the Inquisition delegate in Michoacán’s capital Valladolid] thus upended the acceptable semiotics of power, and in so doing, he showed his rivals that he did not care a fucking bit if they thought he was a plebeian thug.” (129)

“True, he was a priest, but as he had no university education, he thought that licenciados (college graduates) were pompous assholes.” (115)

“He [Badillo a theologian, newly appointed inquisition delegate for Michoacán] was a creature of classroom lectures and of the intricate hierarchies and cultural niceties of academia, its ceremonial buffoonery and false collegiality.” (107)

I found Nesvig’s stylistic and historiographical irreverence both refreshing and powerful. I do have a critique, however.

Nesvig demonstrates on every page that the “state” enjoyed extraordinary legitimacy and authority, despite his claim that the state does not exist as such. But he has a difficult time finding the state only because he is on the trail of the narrowly defined Weberian state, that is, the state that has a monopoly on violence. Yet in Michoacán, there was a vibrant imperial state. Each of the corporate groups Nesvig investigates left a massive trail of petitions for redress via at least a dozen different bureaucratic channels and courts (Nesvig himself finds his sources in seven or eight different archives, and within each archive, in 5 or 6 different types of bureaucratic files). The audiencias (the high courts of Mexico and Guadalajara), the Inquisition (in Mexico and the Suprema in Madrid), the viceroy, the ecclesiastical courts (both of Mexico and Valladolid-Michoacán), and the crown sent dozens of  visitas and residencias (mandatory outside evaluation of outgoing authorities) to investigate and mete out justice, whose dictates, in turn, were embraced or appealed in endless litigation. One finds the state in this infrastructure of paperwork, not in the monopoly of violence. The colonial state was a state of paper.

Nesvig is right that the colonial state was archipelagic, colonized by fierce defendants of corporate legal rights. Yet it was no vacuous abstraction. It manifested itself daily in rivers of ink and the profligate collective investments in paper, paralegals, lawyers, and lobbyists. The state lay in the daily, routine acceptance that courts, councils, magistrates, and monarchs could ultimately be swayed to listen. More often than not, conflict was resolved through the exchange of blasts of documents, not gun battles, civil wars, and massacres. This was the lasting legacy of even the most violent of Latin American colonial caudillos.