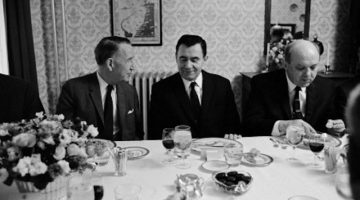 Every popular American spy novel and film of the past half-century has had to contain a Russian character, usually in the form of a femme fatale or a burly, deep-voiced brute. Is there a strong historical basis for this? Did the US and Soviet Union conduct espionage as extensively as the movies would make us believe? The short answer is “yes.”