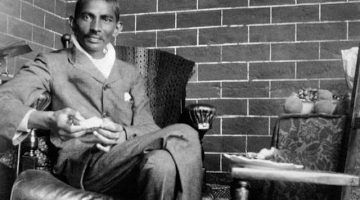 By W.M. Roger Louis At the close of his presidency in 1999, Nelson Mandela praised Mohandas Gandhi for believing that the “destiny” of Indians in South Africa was “inseparable from that of the oppressed African majority.” In other words, Gandhi had fought for the freedom of Africans, setting the pattern for his later effort to […]