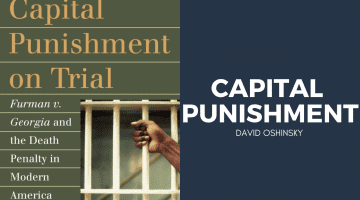 In 1972, the U.S. Supreme Court in Furman v. Georgia struck down state death penalty laws nationwide on grounds they violated the Eighth Amendment’s protection against “cruel and unusual punishment.” The 5-4 decision was extremely controversial. Each justice wrote a separate opinion; not one could be persuaded to join with another. The combined verbiage filled 232 pages, making Furman the wordiest decision the Court had ever released. And the implications were stunning. Not only were 587 men and two women immediately removed from death rows across the country and re-sentenced to life in prison, but capital punishment itself now seemed a relic of the past.