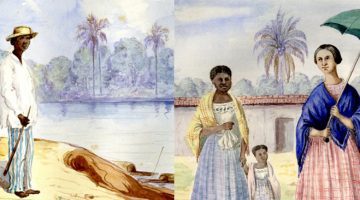 by Lina del Castillo The powerful myth of ‘American exceptionalism’ would have us think that the United States alone offered the world universal ideals of democracy, self-determination, and shared prosperity. However, if we open our eyes beyond canonical nineteenth-century writers such as Alexis de Tocqueville, an alternate story emerges. The long-ignored yet staggering number of […]