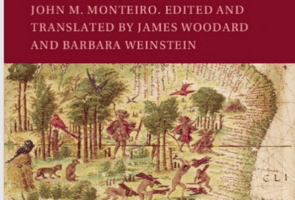 By Jorge Cañizares-Esguerra In the sixteenth and seventeenth centuries, nobody questioned enslaving Amerindians. In Blacks of the Land (originally published in 1994 as Negros da Terra) Monteiro studies Amerindian slavery in the Capitania de São Vicente, now known as São Paulo, and thus sheds light on practices and debates that took place all over the continent. […]