How do we think about newness in an aesthetic and commercial medium such as cinema? This talk explores this question with attention to the Indian new wave of the late 1960s-1970s. There is much controversy around the point that the body of films referred to as the Indian new wave were different from mainstream films as well as art films that preceded them. Yet, contemporary critics and film scholars acknowledge that there was a ferment in Indian cinema during this period not witnessed before or since. Taking a historical approach, and with close attention to some key films, I lay out a history of the Indian new wave.

Dr. Rochona Majumdar is associate professor of South Asian Languages and Civilizations, and Cinema and Media Studies, at the University of Chicago. A historian of modern India, her interests span histories of Indian cinema, gender and marriage in colonial India, postcolonial history and theory, and intellectual history.

Majumdar’s first book, Marriage and Modernity: Family Values in Colonial Bengal (Durham: Duke University Press, 2009; New Delhi: Oxford University Press, 2009), challenges the assumption that arranged marriage is an antiquated practice.  During the late colonial period Bengali marriage practices underwent changes that led to a valorization of the large, inter-generational family as a revered, ‘ancient’, social institution, with arranged marriage as the apotheosis of an ‘Indian’ tradition. Marriage and Modernity documents the ways in which these newly embraced ‘traditions’—the extended family and arranged marriage—entered into competition and conversation with other emerging forms of kinship such as the modern unit of the couple, with both models participating promiscuously in the new ‘marketplace’ for marriages, where matrimonial advertisements in the print media and the payment of dowry played central roles.

Her second book, Writing Postcolonial History (London: Bloomsbury Academic, 2010), is the first book to comprehensively analyze the impact of postcolonial theory on history writing. The book covers an array of historical writings ranging from histories of the Middle Ages to contemporary empires, from settler colonialism to issues of race, gender, and migration.

Currently, Majumdar is engaged in writing a history of Indian art cinema.  She focuses on the ways in which filmmakers like Satyajit Ray, Ritwik Ghatak, and Mrinal Sen, reflected on their practice as ‘good’ ‘meaningful’ cinema.  These conceptions were often at odds with the ways in which their films were received.  Majumdar pays close attention to the film society scene in India as a densely documented space to study film reception. 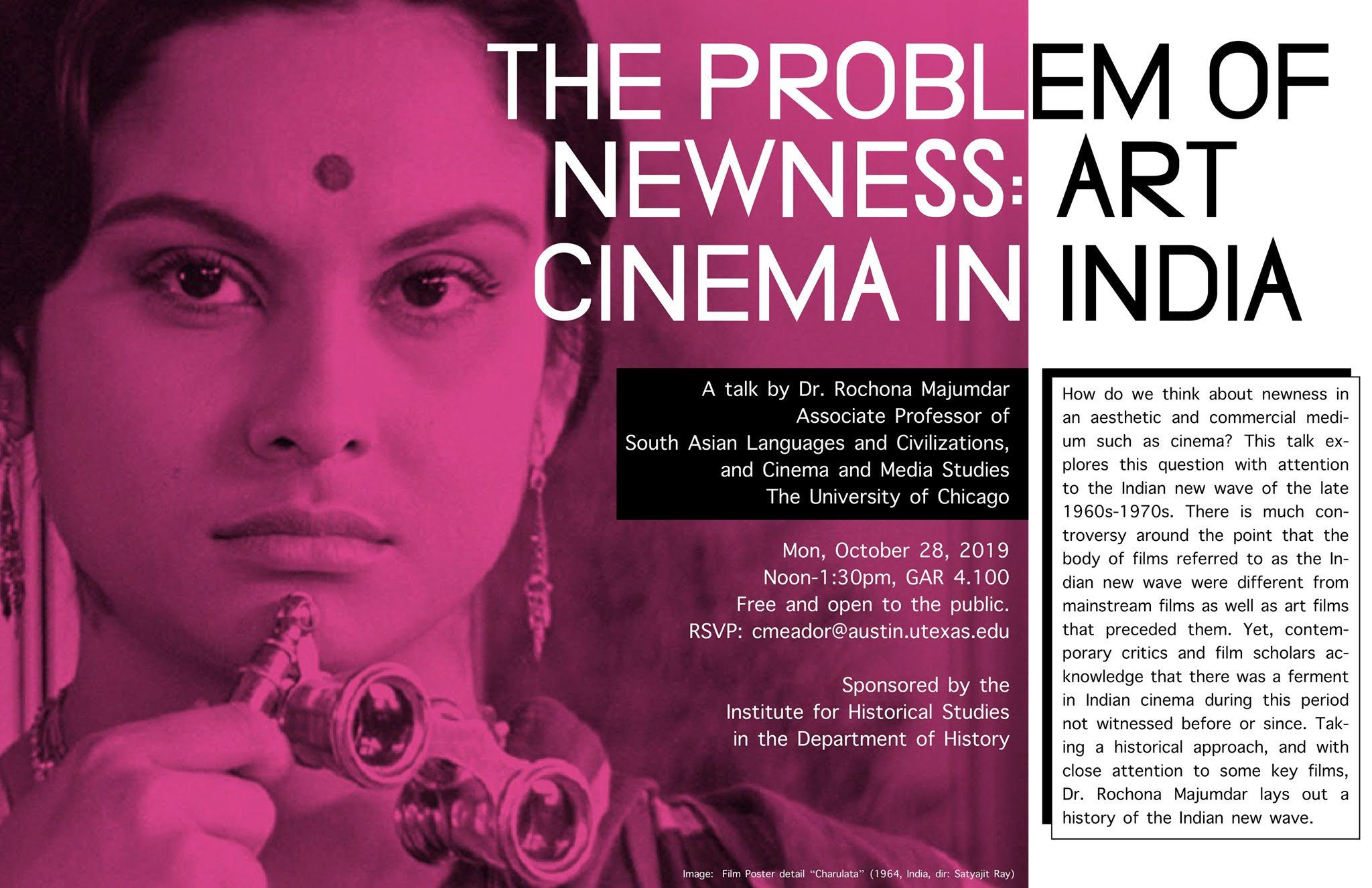 The Public Archive: Indian Revolt of 1857

On Women and Nation in India by Indrani Chatterjee