This week the State Board of Education holds a second round of hearings on the adoption of History textbooks for the entire state of Texas.
Here is Christopher Rose’s report on his testimony in the first round.

The first time I tried to work with the State Board of Education, I inadvertently did something naïve and possibly a little foolish.

It was 2010, and the social studies standards—the Texas Essential Knowledge and Skills, or TEKS (pronounced “tex”)—were up for revision in the state of Texas. Having worked with K-12 teachers of world history, world geography, and contemporary world cultures (the three required world studies classes in Texas) for a decade at that point, I really wanted to get in on the review committee for one of these courses. I had been involved in laying out the framework for a 6th grade contemporary world cultures curriculum, and I knew those standards like the back of my hand, and I had what I thought were pretty solid suggestions about the way the course could be improved. 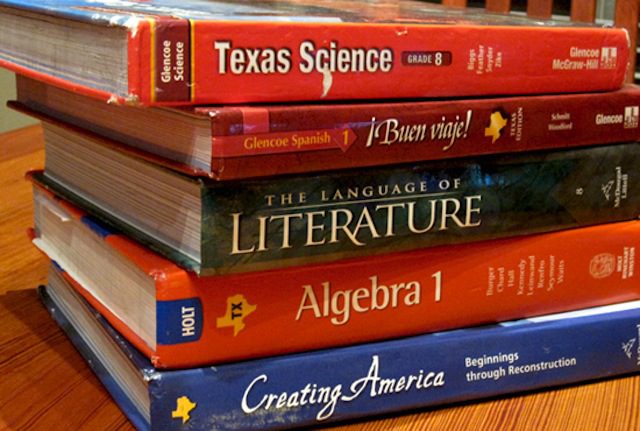 Review panels are appointed by members of the SBOE, so I sat down and drafted an e-mail outlining my credentials, my commitment to global studies and cross-cultural understanding, and some of the issues in the 6th grade course that I was hoping to address, and eagerly sent it off to the SBOE member who represented the district I lived in. I didn’t know until some time later that, around the same time, this member defended herself against public scrutiny for forwarding an e-mail from her SBOE e-mail account that declared that Barack Obama was going to place the US under martial law within the first year of his first term as presidency, and was on record in various places as opposing the study of the world outside of the US at all.

Needless to say, I wasn’t appointed to one of the review panels.

I submitted written comments, received a standard response, “Your submission has been received and logged,” and never heard another word.

Having missed that opportunity, I was determined not to miss another when the textbook adoption process came around earlier this summer. I had, in the intervening four years, assumed a dual identity as both an employee in the Center for Middle Eastern Studies, designing and implementing community programming and professional development for educators, and as a doctoral student in the Department of History, sometimes taking classes with faculty members I’d worked alongside earlier the same day.

I had reviewed the textbooks at their last adoption in 2002, mostly to familiarize myself with the material so that I knew where the gaps were, and what material was covered. I began making inquiries around the network I’ve assembled over the past fifteen years about to how to access the textbooks submitted for adoption when an e-mail went out from the History Department. A local non-profit organization was looking for doctoral students to review textbooks for a written review they planned to publish prior to the SBOE meeting in September, which would be the first of two public hearings on the textbook adoption.

I sent in a letter of interest and this time, I was appointed to a panel looking at books submitted for the 10th grade World History course. The organization had a list of areas they wanted to review for fear of political bias, but I read the books cover to cover, taking notes anywhere I felt there was a problem.

Over the course of the review, one of the three sets of materials I read stood out—for all the wrong reasons. An e-book with no corresponding print edition, the errors I kept finding went beyond politically-charged bias into a much more black and white realm: the material was, in many cases, just wrong. I found a statement that the Romans made no major achievements in science and mathematics. A similar statement was made about the Aztec, Inca, and Maya—which was compounded with an assignment asking students to write an essay explaining why these civilizations didn’t develop further. A quick Google search revealed that, in every instance, these three Mesoamerican civilizations had, in fact, achieved everything that the text explicitly stated they had not.

The section on Islam—my own scholarly background—contained so much misinformation that my notes on the text were longer than the text itself. I feared the same for the section on Hinduism, although my knowledge of it is weaker and I am still convinced I missed some errors. Judaism, meanwhile, was covered as “Christianity without Christ,” although even this was up for debate as I found in the text of a sample essay a statement that “Jews and Muslims consider Jesus a teacher, but not the Son of God as Christians believe.” Muslims consider Jesus a Prophet. Jesus, however, has no standing within Judaism, and this text was saying that he was revered as a teacher!

The more I read, the more concerned I became. After the report was submitted, the general consensus among the reviewers was that this product was, across the board, poorly written, poorly edited, and riddled with factual errors. Since I’d spent nearly 80 hours with this text alone, who better to let the SBOE know exactly where the problems were? I decided that I would testify to the SBOE at the upcoming public hearing on the textbooks. Expecting a large crowd, I set an alarm on my computer, completed the paperwork to register, saved it as a draft and, when the clock hit 8:00 on the first day of registration, I pressed “send.”

Which is how I found myself sitting in the SBOE meeting room in the William B. Travis building, watching the board members assemble. The list with the order of testifiers came in barely ten minutes before the hearing was scheduled to start, and, to my surprise, I discovered that I was first on the list!

As we waited for the meeting to be called to order, a representative from the non-profit that had overseen the textbook review stopped by to tell me that two publishers had responded to the written report, which had been published the previous week. One had responded quite positively, asking for comments, and promising to look at areas identified as problematic and see what changes could be made. The other—the publisher of the materials that I was preparing to testify against shortly—had responded extremely negatively. While I never saw that message, it seemed clear that they didn’t like the report, and had gone further to criticize both the organization that sponsored it and the individuals who had written it. 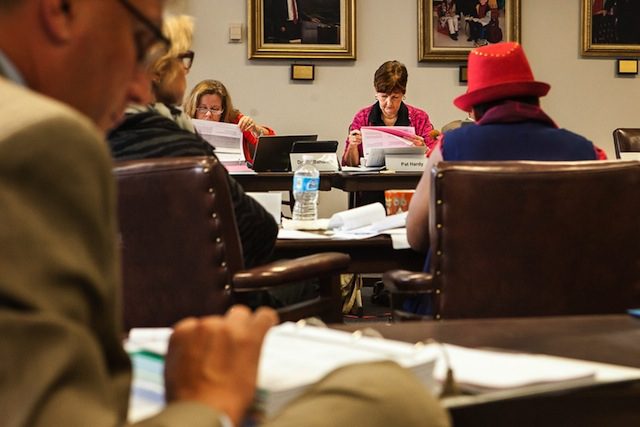 I looked at the 35 copies of my written testimony that I was about to hand over to go on the permanent record. My oral testimony, included as the cover sheet with a three-page appendix, was footnoted. Everything I was about to say appears in the text, I thought. They can call me names if they want, but they can’t deny that these things appear in print.

I had chosen to focus on areas of concern to the SBOE in my two minutes of testimony. The SBOE has, in the past, demonstrated a lack of interest in what they see as “politically correct” depictions of Islam, so I chose to focus on areas they were concerned about: the Romans; a passage that refers to Catholicism as a religion; the statement about Jesus being revered by Jews. For my dramatic opener I led with a direct quote from the text stating that most people living in sub-Saharan Africa were members of “the Negro race.” My rationale was that if I could get the board’s attention and get them to view the book unfavorably and pull it from the list of approved materials, then the material I was concerned about would be withdrawn as well.

As the first up, I got the board at their freshest. There were several gasps as I spoke, and several questions clarifying statements I had made. The two testifiers behind me spoke more thematically rather than about individual books, but at one point one of the board’s more outspoken conservative members expressed in astonishment, “We’ve been here half an hour and three of you have mentioned this book. Clearly we need to look at this one closely.”   I may have done a fist pump in the back of the room where no one could see me.

While I hedged my bets and played it safe because I had ample non-controversial material to work with in my testimony, Jacqueline Jones, the Chair of UT’s History Department didn’t have that luxury. Her opening statement, which concluded with, “We do our students a disservice when we scrub history clean of unpleasant truths and when we present an inaccurate view of the past that promotes a simple-minded, ideologically driven point of view,” was quoted repeatedly in coverage of the hearing; I was pleased to hear it on the radio as I drove home that evening. I e-mailed to let her know that it was on the air, and she wrote back telling me that she had heard me on an earlier broadcast.

However, her criticism of a particular textbook’s decision to present an uncritical portrayal of the “American free enterprise system,” a term that replaced “capitalism” in the 2010 TEKS revision, landed on unsympathetic ears from two of the board members who had championed that cause. After a short speech from the floor from board member Ken Mercer, who seemed to be speaking mainly for the purpose of reminding everyone in the room that using the term had been his idea, board member Thomas Ratliff offered the rebuttal, “Well, the textbooks aren’t going to be perfect.”

Walking back to campus with Dr. Jones after her testimony, she wondered aloud, “If that’s the case, then what were we doing there?” A good question, indeed. If the SBOE, with all of its power, can’t hold textbook publishers to a higher standard, then who will?

A few days later, I received a message directly from the publisher that can best be described as “politely hostile.” Among other things, I was told that I didn’t understand what a textbook was, and that I was “interrogating the text from the wrong perspective.” I am still not certain what that means. Despite this, in the written response to my comments, a number of the errors I cited were acknowledged and have been changed in the textbook.

What I have learned from this experience is that it is important for scholars like those in the Department of History to get their voice out there. As Dr. Jones pointed out in her testimony, what’s being taught in Texas schools has a direct bearing on what happens in university classrooms. We have to be active as public scholars and historians—and for me that’s the most important lesson I’ve learned.