My mother, Rae Straw, and her friend Pam had an odd assignment in 1979 for two travel agents from Houston: selling the Soviet Union to American tourists.  For travel agents, such familiarization or “FAM” trips were a regular occurrence, but going to the Soviet Union during the preparations for the 1980 Moscow Olympics was a unique experience.  While Red Square, the red stars on Stalinist buildings, the Moscow Metro, and the Hermitage dazzled my mother, her biggest impression was the shear excitement of Soviet citizens at hosting the world.  In fact, despite Cold War tensions, since Khrushchev’s “Thaw” Soviets had enjoyed hosting foreigners at a number of international festivals.  American citizens and culture were literally transported to Moscow during the World Youth Festival in 1957, and the 1959 “American Exhibition” in Moscow attracted several million Soviet citizens who came to gaze at American consumerism.

Similar to the ongoing Sochi Winter Olympics, impressive preparations for the 1980 Moscow games were surrounded by domestic repressions, corruption, and strained international relations with the West.  Despite these similarities, there are obvious differences, particularly the Soviet invasion of Afghanistan and the subsequent American-led boycott of the Olympics.  However, most reporting (aside from The Daily Show’s Jason Jones) has missed another big difference between the atmosphere surrounding both events: the fact that American consumer goods no longer have the potential to transform the way Russians view their state in comparison to the rest of the world. 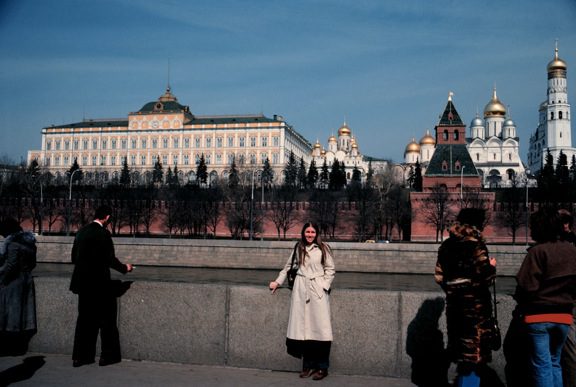 The irony of the 1980 boycott was that it nixed an influx of American products, people, and ideas into Moscow just at the time a younger and more liberal generation of Soviet politicians and “Baby Boomers” were rising through the ranks of the Soviet system and the growing middle class desired an increase in opportunities, freedoms, leisure activities, and consumer goods.  Even if most did not actively challenge the Soviet system, many wanted to experience Western culture and comforts. In this Cold War context, promoting American consumerism, music, high wages and a “life without queues” was the most attractive part of U.S. modernity. While there is no consensus on how crucial “soft power” was in deciding the outcome of the Cold War, many Americans understood the Soviet affinity for U.S. consumerism and pop-culture. Both U.S. government and businesses sponsored the post-Stalin “American invasion” that included Jazz radio programming, political propaganda, tours of musicians, student exchanges, and exhibits of American goods. 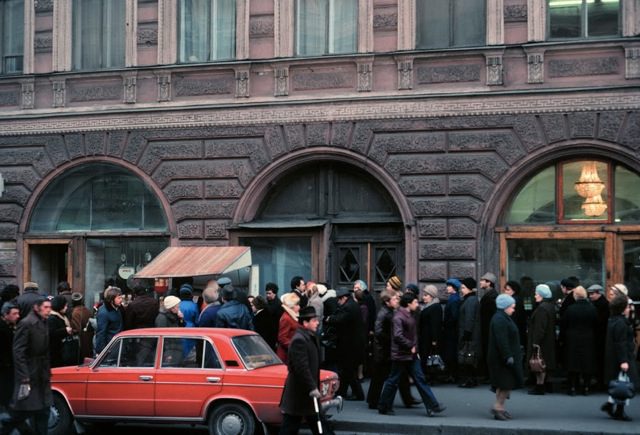 Even though travelers such as my mother had little intention of converting communists to capitalists, they loaded suitcases with cigarettes, chewing gum, pens, and blue jeans.  Once in Moscow, my mother and her companions sold and bartered their Western-made goods a few blocks from the Rossiya Hotel in central Moscow.  But after my mother returned to the U.S., the boycott was announced and her work of selling the Olympic host to Americans and the chance for going back to the USSR ended. 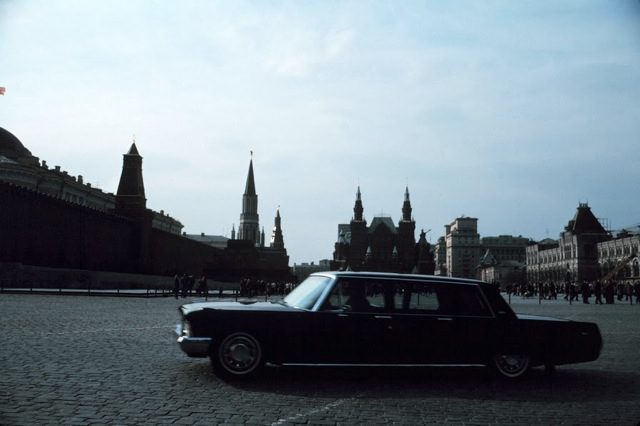 Meanwhile, my future father-in-law, Nail Aminevich Izmaylov, was a driver with the Academy of Sciences Institute in Moscow, and through connections he got a job as a stand-by driver for foreign tourists at the Olympics.  While the American-led boycott was a huge disappointment for sports fans, he described the most depressing part as knowing that “business opportunities” for buying Western goods and then profiting on the black market would be limited.  Still, the games went on, and drivers prepared by keeping a “driver’s komplekt” of terrible Soviet cigarettes, damp matches, and a broken pen.  The idea was, once the chauffeured visitors tried one of these Soviet items, they would immediately offer their own or treat the driver to a shopping spree of Western goods in one of the stores where only foreigners were allowed to shop. 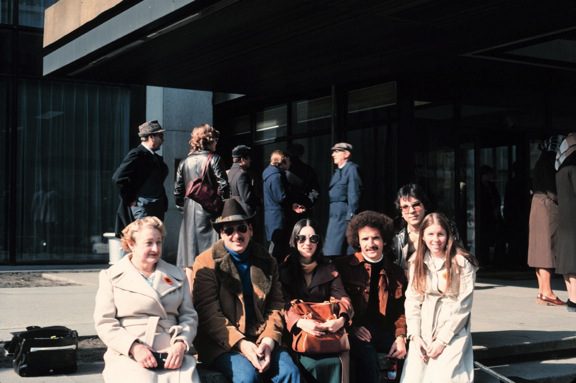 This dynamic of the event as an influx of superior consumer goods is absent in Sochi.  Instead, Bosco, the Russian designer brand with ties to the Kremlin, designed the high-quality team uniforms, which are available in shopping centers throughout the country.  In general, U.S. fashion and music have largely lost the subversive appeal as Putin’s “Sushi Years” have led to a continued consumerist bonanza that the majority of Russians have enjoyed to varying degrees.  In short, Putin has replaced the one-party communist state with a one-party consumerist state.

As my mother and father-in-law watched the Sochi opening ceremony, they reflected on the boycott and 1980 Moscow Olympics with both nostalgia and disappointment.  On the one hand, it was a period when adventurous visitors provided a profitable opportunity to savvy Soviets by transporting everyday Western goods into the Soviet Union.  On the other hand, the boycott and disappointment of not being able to show Americans around Moscow remains for both my mother and father-in-law.   While not shying away from acknowledging the current issues from Ukrainian protests to corruption to anti-LGBT laws, both were pleased that athletes and fans from across the world were participating in the games.

More reading on the Cold War and the Soviet Union:

A queue of Russians in St. Petersburg

All images courtesy of Andrew Straw