Seventy-two ordinary women, living in four different villages in central and southern Shaanxi Province, mostly born during the 1920s or 1930s, witnessed the rise of the new Communist regime in 1949 and experienced dramatic life transformations as a result. During the 1950s and 1960s, a few of them were national or regional labor models. Some were local activists, village-level officials, or midwives. And the others were just ordinary village women who did not involve themselves in local politics. Although the national or regional labor models might get the precious chance of going to Beijing and even meeting Chairman Mao, these women’s life experiences were mostly confined to their villages. Few of them had the habit of keeping a diary or recording their observations. And in official documents, their personal life stories were rarely discussed. If not for the interviews conducted by Gail Hershatter and Gao Xiaoxian from 1996 through 2006, aging and death would have surely silenced these women’s memory. 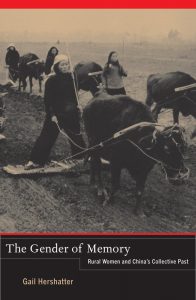 This book focuses on the memories of rural women who lived through the momentous events of the 1950s. It attempts to recount their life stories not only as historical witnesses, but mostly importantly as women. By tracing the social roles that rural women assumed across their lifetimes, the book reveals changes taking place in women’s field work, domestic labor, childbearing, and marriage. Hershatter successfully brings out the beauty, vibrancy and pain in these women’s rich life experiences. The author asks, “If we placed a doubly marginalized group — rural women — at the center of an inquiry about the 1950s, what might we learn about the effects of Party-state policy and its permutations and appropriations at the local level?”

Usually, memoirs, diaries and interviews that contain people’s memory are used as important clues for historical facts. However, Hershatter’s book is striking for its study of memory itself, based on the large number of interviews she and her collaborator were able to carry out. The distance between memory and the “true” story seems to not be an obstacle for the author and she is fully aware of today’s influences on recollecting the past. Instead, she analyzes the context in which individual memory is generated, especially the subjects’ special experiences as rural women and girls. The stories we hear from women reflect a more distant relationship from politics than that of men. Taking timekeeping as an example, compared with rural men who were familiar with using official time to organize their daily life, women relied on domestic events to remember things. The zodiac, the date of their marriage, and the birthdates of their children formed the system of timekeeping that they used to frame their memories. Memory here is gendered memory.

This book challenges the conventional narrative on the 1950s that is usually focused on changing political campaigns. Many events that people experienced are outside the narrative frame punctuated by campaigns such as land reforms, collectivization, and the Great Leap Forward. By following the life stories of women in farming communities far from the center of state control, these women’s conception of time produced a much more continuous narrative compared with official histories. 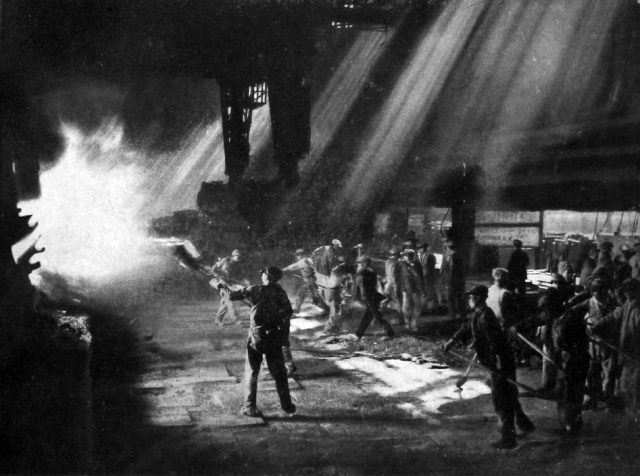 Chinese workers in front of the open hearth furnace, September 1958. Via Wikimedia Commons

Memories of Chinese rural women also questioned the unified narrative in the academic study of gender. For example Chaofeng had been a tongyangxi, a “child raised to be a daughter-in-law.” But she experienced painful uncertainties when she decided to divorce her husband during the New Marriage Law Campaign due to her close relations with her mother-in-law. Her experience argues against the traditional analysis of gender reform, regardless of the guilt of tongyangxi or the absolute legitimacy of marriage freedom. This book questions the limitations of a lot feminist scholars’ opinion and brings out the question about recording the perspective and the experience of ordinary women. Is gender such a coherent and unified genre that feminists can easily represent the experience of women from a lower society stratum?

As a work about China’s collective past, Hershatter’s book sheds light on the cultural and social history of the 1950s China. But even if you are just simply searching for some enchanting stories, Hershatter’s book is a great place to start.