Remain vigilant for signs of Mid-Degree Existential Crisis (MDEC) among graduate students. Common symptoms include sleeplessness, semi-facial paralysis, and hair loss. MDEC is known to occur most frequently in doctoral candidates who have returned to Austin, Texas, after a year of dissertation fieldwork in Brazil. Physicians have prescribed Melatonin, Botox, and Propecia. If you or a loved one suspects that a PhD student is suffering from MDEC, please intervene immediately.

I discovered that I was suffering a Mid-Degree Existential Crisis during my third viewing of Star Wars: The Force Awakens earlier this month. I had dragged my partner, Cristina, to the AMC Arizona Center 24 Multiplex to experience JJ Abrams’ interpretation of the space-western saga on the second night of our honeymoon in Phoenix. Cristina gazed spellbound as our young heroine, Rey, the scavenger from Jakku, discovered the Force and defeated the villainous Kylo Ren in a climactic lightsaber duel on Starkiller Base.

“This is why I married you,” I thought to myself. But then, as Resistance fighters routed the First Order, a panic attack overpowered me like a Darth Vader chokehold. I struggled to breathe. My heart pounded. My palms grew sweaty. This could mean only one thing: spring semester was right around the corner.

Allow me to explain. Last October, I returned to Austin after nine months of dissertation research in Brazil. My project retraces the historical emergence of Article 68, a 1988 constitutional amendment that extends land rights and recognition to rural black communities descended from fugitive slaves known as “quilombos.” I underscore the law’s importance as a harbinger for the nation’s affirmative action policies, while also analyzing its impact on popular struggles over land, resources, and citizenship in the Brazilian countryside. In addition to archival research, I recorded oral histories of quilombo activists living in the Atlantic Rainforest of São Paulo’s Vale do Ribeira, the last preserve of endangered species and wildlife in Brazil’s most heavily industrialized state. 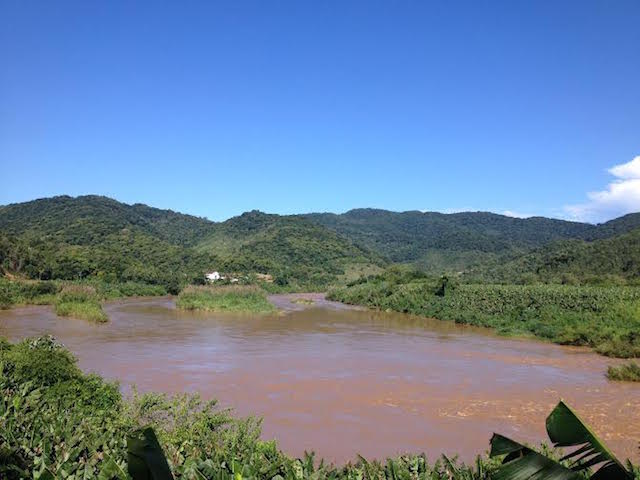 Quilombo of Ivaporunduva and the Ribeira de Iguape River, São Paulo, Brazil. Courtesy of the author.

The Instituto Socioambiental (ISA), a São Paulo-based NGO that defends the social and environmental rights of so-called “traditional peoples'” in Brazil, including quilombolas (communities of quilombos), indigenous groups, and rubber tappers, sponsored my research. I lived and worked for six weeks at ISA’s satellite office in Eldorado, a small town of 5,000 inhabitants located in the heartland of the Vale do Ribeira. I shadowed my friends, ISA anthropologists Alexandre Kishimoto, Raquel Pasinato, and Frederico da Silva, who assisted quilombo communities in organizing an oral history project, a farming cooperative, and a “seed bank” of rare subsistence crops that quilombolas and their ancestors had planted in the valley for over four centuries. The experience was exhilarating. It contributed immensely to the conceptual development of my dissertation. Most important, my sojourn in the Vale do Ribeira impressed on me the urgency of using scholarship to advance the social rights of Brazil’s marginalized quilombo population. I had never felt more alive than I did in the field.

Fall semester 2015 was a different story. Re-entry to university life was excruciating. I hit rock bottom. Brazil had offered shelter from writer’s block, fellowship rejections, and the pessimism of a shrinking job market. Back in Austin, I sat at my desk determined to write my first chapter. But the words never came. I tore through dozens of yellow legal pads full of scribbled notes, half-baked insights, and aborted first drafts. Anguish from writer’s block grew so severe that I developed a spasm in the left side of my face that required eight Botox injections near the eyelid to paralyze the nerve. I doubted if I would ever complete a first draft of a chapter, let alone graduate and realize my lifelong dream of becoming a professor. Mid-Degree Existential Crisis is real, even if it’s not. Trust me.

Somehow I persevered. I’m no closer to completing my first chapter today than I was last December. Still, I remain more resolute than ever to write my dissertation. I am finding motivation in a new love for public history and a burning sense of social responsibility. 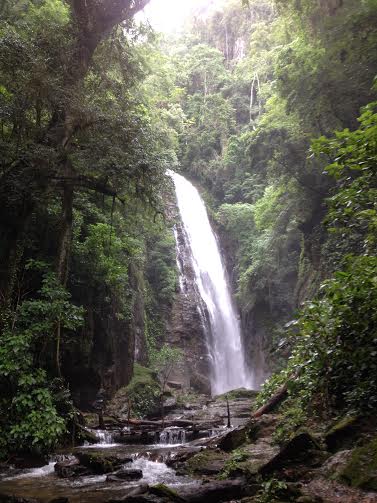 My informants in the Vale do Ribeira helped me to realize that writing a thesis and reporting on my findings at academic conferences and in academic publication was not enough for me. They challenged me to make my research public to support quilombos in their efforts to achieve their constitutional rights to land and citizenship. Although the Brazilian government recognizes over 3,000 rural black communities as “quilombos,” fewer than 160 possess title to their lands. Big Agribusiness has largely succeeded in preventing the titling of quilombo lands while conservatives in congress have challenged the constitutionality of Article 68 in federal court. How could historical research empower quilombos to overcome injustices perpetrated by powerful landowners, multi-national mineral companies, and their own government?

I recently posed this question to my friend at ISA, anthropologist Alexandre Kishimoto. His response surprised me. Last August, I assisted Alexandre in recording video testimonies of quilombola leaders in the communities of Ivaporunduva, São Pedro, and Pedro Cubas. The initiative was part of a wide effort to publicize the Eighth Annual Seeds Festival sponsored by the Instituto Socioambiental in Eldorado. Since 2008, representatives from the sixty-six quilombo communities in the Vale do Ribeira convene in Eldorado in August to trade handicrafts, crops, and other agricultural goods. ISA inaugurated the Seeds Festival after local forest rangers prohibited quilombos from planting subsistence gardens in the Atlantic Rainforest. The results of the ban were devastating. Communities that for centuries had planted mandioc, rice, and beans suddenly faced food shortages. Entire species of crops vanished. Malnutrition skyrocketed. With the help of ISA, quilombos in the valley have recovered several varieties of lost seeds. The project has also strengthened the communities’ campaign for land while also pressuring the state government of São Paulo to alleviate onerous restrictions on subsistence farming. Yet change has continued to advance slowly. 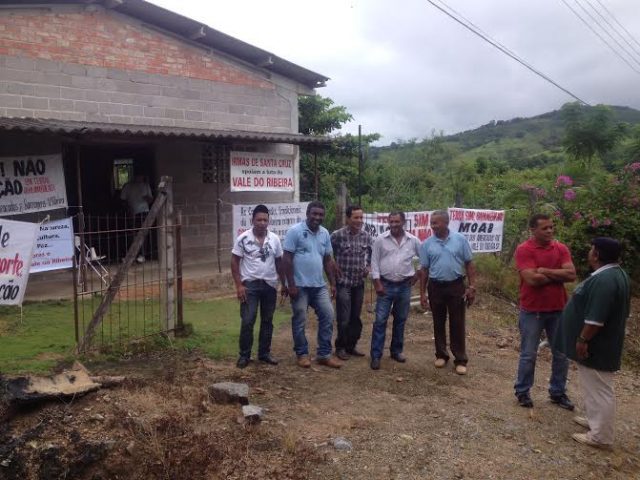 Quilombola activists at a demonstration against proposed construction of hydroelectric dams on the Ribeira de Iguape River in Adrianópolis, Paraná. Courtesy of the author.

Alexandre responded to my question by urging me to produce English subtitles for ISA’s promotional videos on the Seeds Festival and to share them with the university community and the public at large. He believes that pressure from the US academy could force local authorities in São Paulo to lift restrictions on quilombola agriculture in the Vale do Ribeira. He also hopes that such a small act might also lead to closer collaboration between ISA, local communities, and the University of Texas to advance the constitutionally guaranteed rights of Brazil’s quilombos. This is why public history matters. This is why I get out of bed in the morning to write my dissertation. This is how I won my battle with Mid-Degree Existential Crisis.