This month marks the forty-fifth anniversary of the Apollo 11 moon landing. To understand Apollo’s place in history, it might be helpful to go back forty-four rather than forty-five years, to the very first anniversary of the event in 1970. That July, several newspapers conducted informal surveys that revealed large majorities of Americans could no longer remember the name of Neil Armstrong, the first man to walk on the moon. This does not mean they forgot the event — few who watched it ever forgot the event — but it suggests that we need to reconsider what Apollo meant to Americans at the time, and what it can tell us about the history of the 1960s and 1970s.

Dave Eggers’s new novel, Your Fathers, Where Are They? And the Prophets, Do They Live Forever?, opens with a disturbed man peppering an astronaut he has kidnapped with questions about why the United States has not revisited the moon since the early 1970s. America, Eggers’s protagonist complains, is not living up to its promise — a failure seen clearly in its betrayal of the space program. This is a common complaint among the many Americans who yearn to return to an aggressive program of human exploration, and to whom it makes no sense that the United States called it quits after the Apollo program ended in 1972.

The truth is, sending men to the moon in 1969 did not make sense to a majority of Americans in the first place, let alone continuing with an ambitious effort to send astronauts on to Mars or permanent space colonies, as advocates urged. In fact, with the exception of a brief period following Apollo 11, poll after poll in the late 1960s revealed a public that disapproved of the high cost of the moon race, the rush to complete it before 1970, and the misplaced priorities it represented. Beneath all the celebratory rhetoric and vague notions that Apollo somehow changed everything, was a realization that it really had not changed much at all. It certainly did not inaugurate any “new era” in history, as many assumed it would. Instead, Americans grew indifferent to the program shortly after the first landing, as the rapid dismissal of Armstrong from the national consciousness indicated. In 1970, the final three planned Apollo missions — what would have been Apollos 18, 19, and 20 — were cancelled, and few Americans complained. 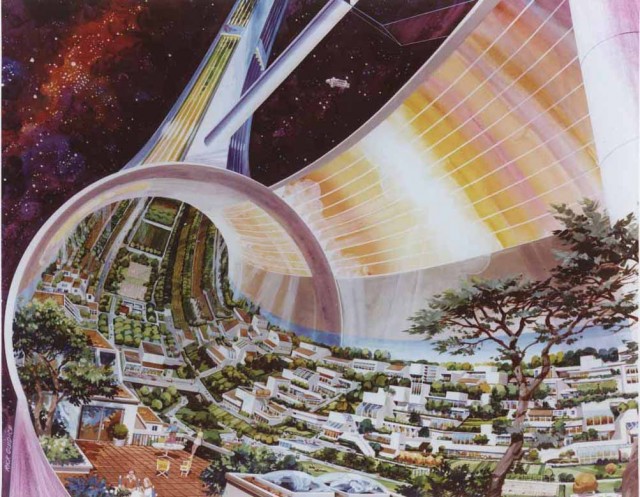 Space advocates in the 1970s envisioned a near future of Mars missions and permanent space colonies, like the one pictured here. With public and political support dwindling, however, NASA had to settle for the technologically impressive but much less ambitious shuttle program. Courtesy NASA Ames Research Center

What happened? Why didn’t Apollo even complete its original plan of ten moon landings, let alone fundamentally alter history? There are some obvious reasons. The Cold War, Apollo’s original impetus, had eased considerably by the late 1960s, and with the moon race won there was little interest in continuing an expensive crash program of exploration. There were also more pressing social issues (and a divisive war) to deal with at the time, eroding NASA’s budget and scuttling any ambitious post-Apollo agenda. 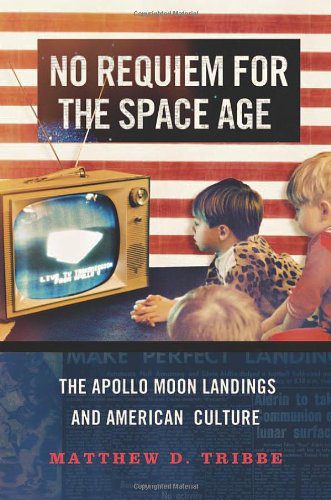 But there is another significant reason why human space exploration not only waned after Apollo but also why Apollo itself failed to have the impact most expected it would: cultural changes in the late 1960s undermined interest in the kind of progress Apollo symbolized. By 1969, the Space Age values that were associated with Apollo — faith in rational progress, optimism that science and technology would continue to propel the nation toward an ever brighter future — were being challenged not just by a growing skepticism of technology, which was expressed throughout popular and intellectual culture, but by a broader anti-rationalist backlash that first emerged in the counterculture before becoming mainstream by the early 1970s.

This anti-rationalism, and its penetration into mainstream culture, can be seen in the reaction to Apollo of one well-known American: Charles Lindbergh. Life — the magazine of Middle America — in 1969 asked Lindbergh to pen a reflection on Apollo. He refused, and instead sent a letter that Life published in which he claimed he no longer believed rationality was the proper path to understanding the universe. “In instinct rather than intellect lay the cosmic plan of life,” he wrote, anticipating not further space travel of the Apollo variety, but, in language reminiscent of the mystical ending of the contemporaneous 2001: A Space Odyssey, “voyages inconceivable by our 20th century rationality . . . through peripheries untouched by time and space.” “Will we discover that only without spaceships can we reach the galaxies?” he asked in closing, and his answer was yes: “To venture beyond the fantastic accomplishments of this physically fantastic age, sensory perception must combine with the extrasensory. . . . I believe it is through sensing and thinking about such concepts that great adventures of the future will be found.”

Lindbergh was far from alone with these sentiments, as evidenced by the overwhelmingly positive letters to the editor they drew. American culture by 1969 was moving away from the rationality that undergirded the Apollo missions, as Americans began investing more importance in non-rational perspectives — in religion and mysticism, mystery and magic; in meditation or ecstatic prayer rather than in shooting men to the moon, in journeys of personal discovery over journeys to other planets. Apollo was thrilling to most who watched it, but it failed to offer sufficient deeper meaning in a culture that was beginning to eschew the rationalist version of progress it represented.

So, why didn’t Apollo make a bigger splash? Why did it mark the end of an era of human exploration rather than the beginning? In short, “the Sixties” happened, and the space program has never recovered. It is entirely possible that, when viewed from its 100th or (if we last so long) 1000th anniversary, Apollo will indeed be considered the beginning of a space-faring era that is yet to come. In the meantime, understanding the retreat away from the Space Age’s rationalist culture not only helps us understand what happened to the space program after Apollo, but also what happened to the United States in that maelstrom we call “the Sixties.”

Matthew Tribbe is a Visiting Assistant Professor of History at the University of Connecticut, and the author of No Requiem for the Space Age: The Apollo Moon Landings and American Culture.

This essay was originally posted on the Oxford University Press Blog