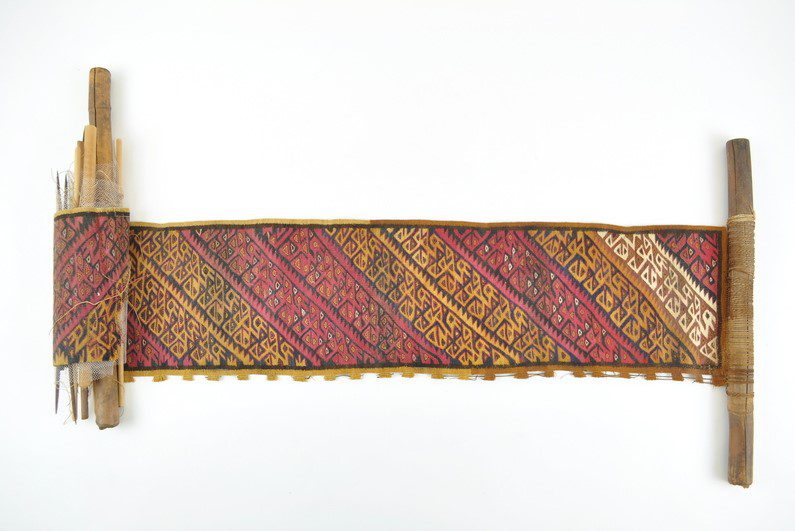 This series features five online museum exhibits created by undergraduate and graduate students at the University of Texas at Austin for a class titled “Colonial Latin America Through Objects.” The class assumes that Latin America was never  a continent onto itself. The course also insists that objects document the nature of historical change in ways written archives alone cannot.

Irene Smith’s exhibit offers a survey of weaving techniques in pre-colonial and colonial Peru and shows how the natives sought to keep forms of local weaving in the context of new looms and new fibers. The result were fabrics that dazzle but also reveal long-lasting Andean continuities in the midst of rapid technological change.