Throughout the Cold War and the decade that followed it, historians assumed that Cuban and Soviet leaders cooperated closely in the events associated with the Cuban missile crisis. Havana and Moscow, so went the conventional wisdom, put their lots together in a challenge against U.S. hemispheric predominance but, when the stakes veered towards nuclear war, both backed away and gladly compromised with Washington. In the last several years, however, it has become clear that much division existed between the Soviet Union and allies such as Cuba. This book reveals 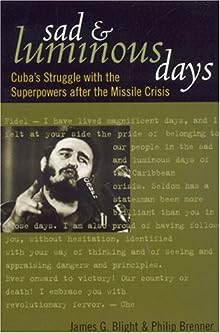 the extent to which the Cuban missile crisis increased U.S.-Soviet cooperation and discredited the Soviet Union in the eyes of emerging communist powers like Cuba and China. Ever fearful of a U.S. invasion, Cuban leader Fidel Castro eagerly accepted Soviet leader Nikita Khrushchev’s offer to place nuclear missiles and a Soviet garrison in Cuba, but Castro played no role whatsoever in the process that led to the missiles’ removal. Indeed, he learned of the U.S.-Soviet agreement over the radio, only days later receiving official notification in a letter from his Soviet sponsors. While Washington and Moscow vowed never to let a peripheral power like Cuba bring them to the brink of Armageddon, Castro and the Cubans pledged to spearhead a revolutionary movement throughout the developing world that would owe nothing to either the capitalist West or the brand of communism peddled by the USSR.

Psychological insecurities played at least as big a role the decision making process in Havana, Washington, and Moscow, as did sober, rational considerations that one might expect from the leaders of nations. During the build-up to the crisis, for example, Kennedy and Khrushchev’s behavior was informed by fears of underestimation. For his part, Castro viewed the missiles as proof that he had gained admission as an equal into the family of socialist nations. When both Soviet and U.S. leaders suggested that the Cubans were irrational and immature actors on the world stage, such apparent paternalism only drove Cuba further in the direction of revolutionary leadership throughout Latin America. For understanding the dynamics of foreign relations—both during the Cold War and more generally—Sad and Luminous Days is an informative and entertaining read.