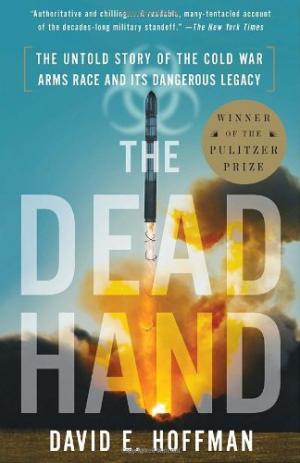 Stanislav Petrov, the officer on duty, had ten minutes to determine whether to launch a counterattack. Mercifully, he chose to report the incident as a false alarm. His conscious disregard for standing protocol likely saved tens of millions of lives.

The Dead Hand, David Hoffman’s gripping history of the Cold War’s final years, teems with such hair-raising details. He uses eyewitness interviews and newly declassified papers to recapture the context in which Soviet Premier Mikhail Gorbachev and U.S. President Ronald Reagan tried to halt the runaway U.S.-Soviet arms race. His exposure of the dark underbelly of the Soviet military-industrial complex is especially disturbing. The book’s title comes from a computer network, “a real-world doomsday machine,” built in the 1980s to retaliate in the event the Soviet leadership was killed by a U.S. preemptive strike. Meanwhile, secret facilities in the vast Soviet hinterlands churned out vats of such lethal bacteria and viruses as anthrax, Ebola, West Nile virus, smallpox, and plague. Soviet geneticists even tried to formulate a strain of super-plague fully resistant to antibiotics.

The focus of the book, however, is the evolving relationship between Gorbachev and Reagan. Despite their differences, these men shared an abhorrence of nuclear weapons. At the momentous 1986 summit in Reykjavik, Iceland, they conducted impromptu face-to-face negotiations to hammer out an agreement abolishing all nuclear weapons by 2000. Only Reagan’s commitment to building an anti-ballistic missile system blocked the agreement. Critics dismissively dubbed the Strategic Defense Initiative (SDI) “Star Wars” because it resembled science fiction more than scientific fact. They warned that even if feasible, SDI threatened to amplify the arms race. Ironically, though, Reagan’s dedication to SDI and his administration’s negotiation of a treaty eliminating all intermediate-range ballistic missiles stemmed from the same root—Reagan’s dream of ridding the world of nuclear weapons. 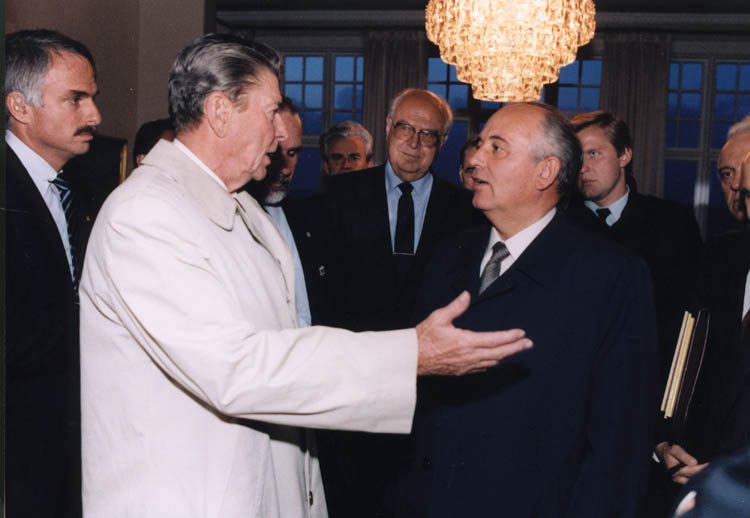 Ultimately, Reagan and Gorbachev’s efforts to transcend the Cold War were overtaken by events in Eastern Europe. Hoffman presents the nuclear meltdown at Chernobyl as the turning point. After the environmental disaster, Gorbachev made glasnost, a push for government transparency, a cornerstone of his domestic agenda along with perestroika, the restructuring of the Soviet economic and political system. The states of Eastern Europe and the Soviet Union were too moribund, however, to cope with the rising expectations set off by Gorbachev’s reforms. By 1991, communist Europe had disintegrated. The U.S. had the foresight to help post-Soviet societies eliminate their nuclear inheritance. More than twenty years after the Berlin Wall’s fall, however, the foul inventions of Soviet germ warriors are still hidden and the U.S. and Russia still account for 95 percent of the world’s nuclear weapons. Without continued efforts at disarmament and disclosure, Hoffman suggests these genocidal weapons will remain the Cold War’s deadly legacy.

The Reykjavik File: Previously Secret Documents from U.S. and Soviet Archives on the 1986 Reagan-Gorbachev Summit (via the National Security Archive of George Washington University).