College freshmen have no personal knowledge of the Cold War. Born after the Berlin Wall’s fall and the Soviet Union’s collapse, the threat of nuclear Armageddon seems far removed from their experiences, a relic of a bygone age. Yet, today, more countries than ever hold weapons whose scale of destruction can dwarf that of every bomb used in World War II. As the Cold War nuclear arms race recedes from collective memory, it is important to remember why the world remains beneath the shadow of the mushroom cloud. 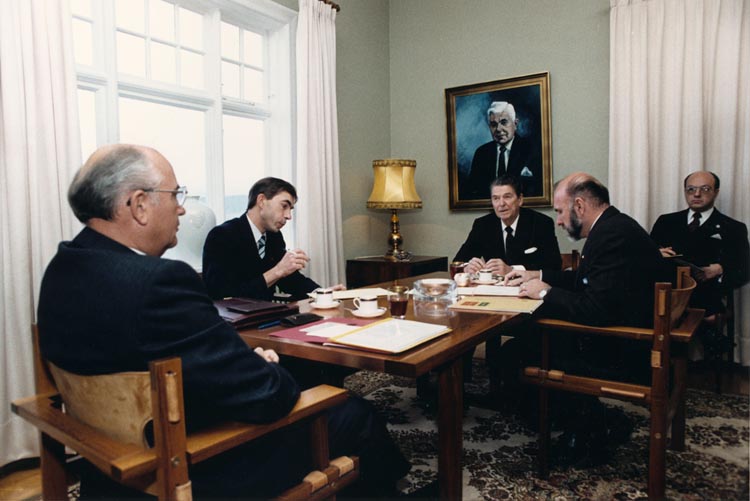 This October 11th and 12th, the world observed the 25th anniversary of the summit between U.S. President Ronald Reagan and Soviet General Secretary Mikhail Gorbachev at Reykjavik, Iceland in 1986, where the leaders of the world’s superpowers contemplated the abolition of nuclear weapons. The talks remain the closest humanity has come to stopping the accumulation and proliferation of nuclear arms. Twenty-five years later, historians still debate the summit’s legacy. Even if the nuclear colossi had adopted Gorbachev’s plan to disarm in three stages by 2000, only their fine example would have persuaded Great Britain, France, China, India, and Israel to join them. Reading the minutes of the four meetings at Reykjavik, it is also unclear if gravity bombs like the ones that destroyed Hiroshima and Nagasaki would have been eliminated. Nevertheless, during those two autumn days, Reagan and Gorbachev neared the brink of a nuclear-free world, only to turn back in defeat.

It seems, ironically, that Reagan’s abhorrence of nuclear weapons scuttled the talks. As president, Reagan made research and development of the Strategic Defense Initiative (SDI), an anti-missile shield derisively known as “Star Wars,” a centerpiece of his strategic policy. Nuclear abolitionists condemned the project as a multi-billion dollar boondoggle and a slippery slope toward normalizing the military use of nuclear weapons. Strategists weaned on the Cold War doctrine of mutual assured destruction warned that its construction could prompt the Soviet Union to launch a preemptive first strike. For Reagan, SDI represented a means by which to make nuclear weapons obsolete and an insurance policy if a “madman” ever got his hands on them. Gorbachev disagreed, and saw limits on SDI as indispensible if the USSR was to trust its rival to disarm.

At Reykjavik, Soviet and American negotiators smoothed over rough spot after rough spot, agreeing to limits and sub-limits on an array of nuclear delivery systems—bombs, cruise missiles, sub-launched, medium-range, and intercontinental ballistic missiles. More progress was made in 36 hours than the previous 15 years combined. Paul Nitze, the president’s special adviser on arms control and a fixture in U.S. foreign policymaking throughout the Cold War, remarked Soviet concessions were “the best we have received in 25 years.” When Reagan and Gorbachev began their fourth and final meeting, they knew the stakes: an historic agreement for deep arms cuts and eventual disarmament. They also knew the final and toughest challenge; how to finesse Reagan’s steely support for SDI and Gorbachev’s stand that the U.S. confine R&D to the labs.

Initial expectations for Reykjavik had been modest. Recurrent crises had beset U.S.-Soviet relations since Reagan took office. The White House’s more confrontational tone, the shooting down of a wayward Korean airliner over Soviet territory, the deployment of quick-strike missiles in Europe, and an alarming NATO nuclear exercise codenamed Able Archer, compounded an already fraught relationship. However, conditions eventually improved. Reagan assumed a more conciliatory line so as to facilitate arms control initiatives and lessen the chances of an accidental nuclear exchange. It was Gorbachev’s rise to power in 1985, however, that transformed the tenor of the Cold War by infusing new life into a listless Soviet system. Following a series of three elderly statesmen whose best days were behind them, he was confronted by an economic system with chronic shortages and, in April 1986, a catastrophic meltdown of the nuclear reactor at Chernobyl, Ukraine. Gorbachev insisted that “new thinking” be applied to the USSR’s manifold problems, and espoused the policies of perestroika, restructuring the Soviet economy, and glasnost, making the government more open and responsive. A major element of perestroika was redirecting the river of resources flowing into the state’s military-industrial complex, especially the secret agencies managing the USSR’s nuclear, biological and chemical weapons programs, to more productive ends. Unable and unwilling to keep pace with U.S. military spending, Gorbachev instead offered a three-step plan to liquidate the superpowers’ nuclear weapons. 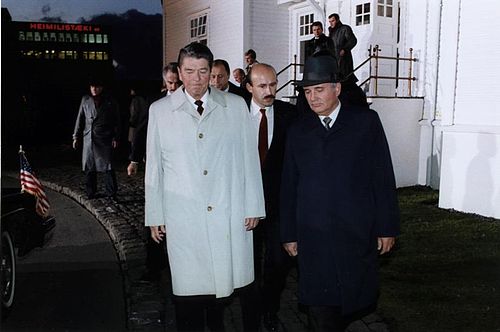 It was a bold initiative, but Gorbachev’s labors were close to bearing fruit when he and Reagan sat down for their last tête-à-tête. Reagan promised to share advances in missile defense with the Soviets. Gorbachev fired back that the U.S. had thus far been unwilling to share even industrial and agricultural technology with his country. Just when the statesmen seemed to have exhausted their cases, Gorbachev’s foreign minister, Eduard Shevardnadze, urged them to cross the finish line, declaring they had “come very close to accomplishing this historic task … [a]nd when future generations read the record … they will not forgive us if we let this opportunity slip by.” Despite Shevardnadze’s appeal, however, Reagan and Gorbachev failed to agree on the wording of the final text. The two negotiating parties left Reykjavik without an agreement.

Sadly, subsequent generations have more often forgotten than condemned the talks. The calamity of climate change is more familiar to our undergraduates than the firestorm of nuclear war and the long night of the ensuing nuclear winter. In the 1980s, scientists theorized that only 200 thermonuclear explosions would kick up a planetary shroud of radioactive dust, lowering temperatures enough to recreate the climactic conditions in which the dinosaurs died off. Five countries—the U.S., Russia, Great Britain, France, and China—have more than 200 warheads. The U.S. and Russia are currently reducing their arsenals to 1,550 deliverable warheads. A conflict between India and Pakistan, who fought four wars since 1947, where nuclear weapons were used would jeopardize the continuation of life, as we know it.

Current global affairs hardly resemble the global situation in 1986 when two nuclear-armed superpowers testily eyed one another. Yet some themes have reoccurred. Just as the Soviet Union fiscal emergency forced Gorbachev to offer a plan to nuclear disarmament, today’s financial crisis could pave the way for deep multilateral arms cuts. The nuclear disaster at Fukushima, Japan augurs lessons similar to those of Chernobyl regarding the uncontrollable nature of nuclear power. It remains for the leaders of today to take advantage of their window of opportunity.

For two days on a remote archipelago in the North Atlantic, Reagan and Gorbachev discussed the entwined destinies of the Cold War and nuclear arms. As educators, we must remind our students of such moments, when history conspires to grant individuals the occasion to re-route its course. Reykjavik’s great tragedy is not its failure; after all, the negotiations paved the way for two momentous treaties—the 1987 Intermediate-Range Ballistic Missile Treaty and the 1991 Strategic Arms Reduction Treaty. Its tragedy resides in its potential disappearance from our collective memory. For our students’ generation will have to address this dangerous legacy of the Cold War—even if they don’t remember it.

“The Reykjavik File: Previously Secret Documents from U.S. and Soviet Archives on the 1986 Reagan-Gorbachev Summit, from the collections of The National Security Archive, George Washington University, Washington DC.

Jonathan Hunt and Paul Walker, “The Legacy of Reykjavik and the Future of Nuclear Disarmament,” Bulletin of Atomic Scientists, Nov/Dec 2011.