In 1645, a young Jew who had been captured in Portuguese Brazil was brought to Lisbon and tried by the Inquisition for heresy. He had been reluctantly baptized by his parents in France, where the practice of Judaism was forbidden. His trial, in many ways so much like other inquisitorial trials, is different from any other trial I know of in one respect: The “heretic,” Isaac de Castro Tartas, defended his right to practice Judaism on the basis of a universal natural right to freedom of conscience. This was a bold defense but it ultimately failed; he was burned at the stake in 1647, at the age of nineteen. But his long exchanges with his inquisitors on religious authority and individual conscience are preserved in a lengthy dossier housed today in the Portuguese National Archives, and tell us much about the hopes and fears around this issue. 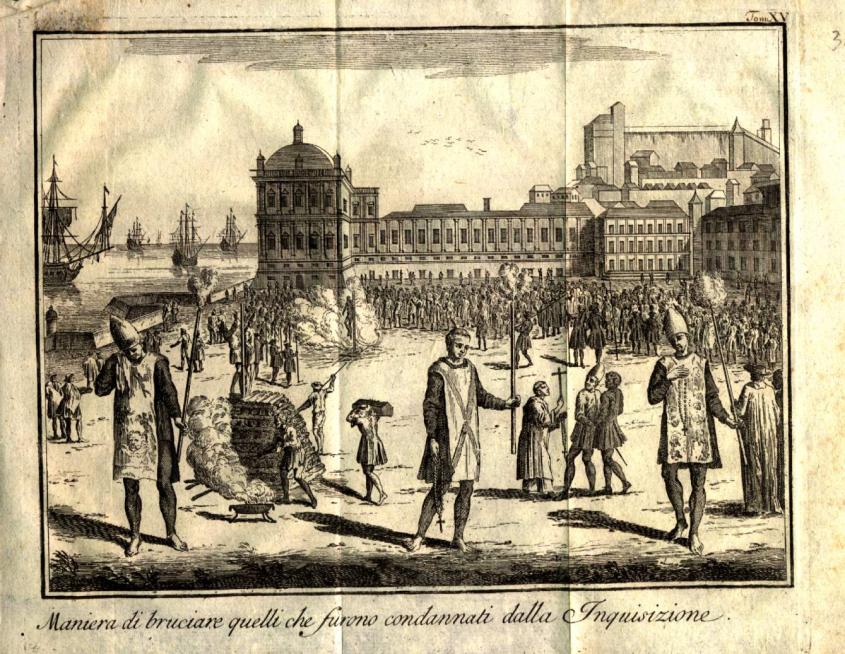 Anonymous engraver, 17th century. The text reads “Method for burning those condemned by the Inquisition” and depicts the Praça do Comércio in Lisbon, Portugal.

Today, people who live in democratic societies take religious freedom for granted. In the sixteenth and seventeenth centuries, most Europeans found the idea of “freedom of conscience” deeply threatening. How could the fabric of society withstand competing religious ideas? What would convince people to live moral lives in the absence of a single, state-supported church?  The anxiety Europeans felt about religious freedom impeded the struggle to achieve that freedom. Isaac de Castro’s trial vividly reflects the great divide between the few who supported this idea and the powerful authorities who rejected it. The inquisitors’ views about religious authority is often disparaged; but even in 2011 it is just as important to understand the mentality of the inquisitors as it is to understand the arguments of Isaac de Castro.

Castro defended himself by arguing that even if the inquisitors chose to regard him as a baptized heretic, he was not guilty of heresy, “because an act that is done in accordance with one’s conscience cannot be judged culpable, and the act I have and will continue to do – the act of professing Judaism – is done according to the dictates of my conscience.” Castro supported his argument by describing his experience as a practicing Jew in Amsterdam and Dutch Brazil. These were exceptional environments in which freedom of conscience had been written into law. The inquisitors would have been well aware that Dutch society was thriving and had not been torn apart by the religious diversity of its inhabitants. 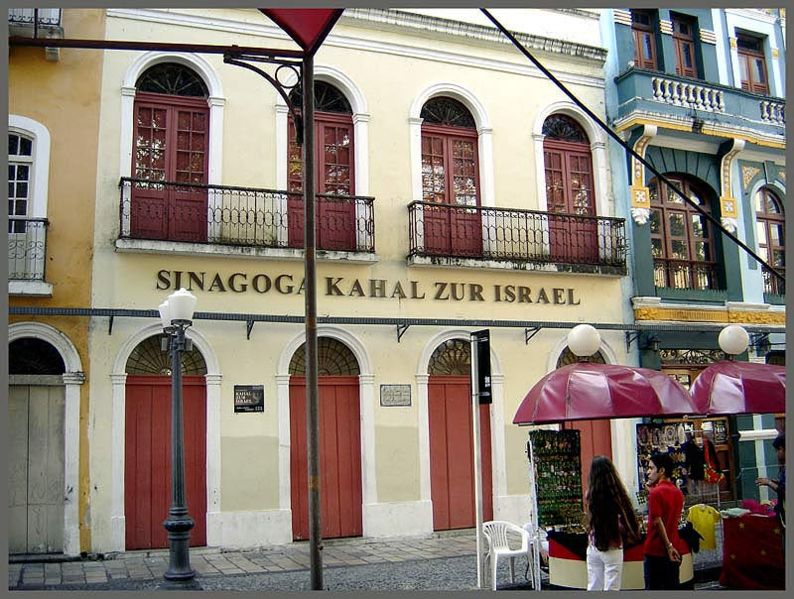 The Kahal Zur Israel synagogue in Recife, Brazil was the first Jewish congregation in the New World. It was founded in 1636 during the Dutch occupation of Pernambuco.

But the inquisitors were imbued with a medieval perspective on conscience, according to which individual conscience was “in error” if it differed from the teachings of the Catholic Church. Castro was accused of ignoring the Church’s authority and presumptuously adhering to his own personal beliefs. Confronted with this accusation, he strategically abandoned his argument as an individual and adopted an authoritarian counter-view. He argued that as a Jew by ancestry, and having been circumcised, he was bound to observe the Law of Moses – an argument invoking (Jewish) religious authority that met the inquisitors on their own ground. This concession by Castro,however, proved fatal. The inquisitors argued that baptism, regardless of ancestry, obligated Castro to observe the teachings of the Catholic Church. Having invoked religious authority, Castro had opened himself to attack. If “conscience” meant obedience to doctrines that did not come from within, as he had been pressured to admit, was he not bound to the first obligation he had incurred in his life, that is, baptism?

A great deal of pain, suffering, and experimentation have accompanied the process by which we have come to regard religious beliefs as a matter of individual conscience. But to understand events in our own time, it is important to understand that such an idea is not at all obvious – that for many centuries this was an idea that few could even imagine. An examination of the intense struggle in early modern Europe between those who defended religious authority and those who resisted it brings into focus the great difficulty involved in establishing a principle of religious freedom. It may help us to understand the frequent failure of well-intentioned efforts to impose an idea cherished in the western world, but alien to people conditioned to accept religious authority and to condone the persecution of religious nonconformists.

Yale Professor of Brazilian history Stuart Schwartz examines religious toleration in All Can Be Saved: Religious Tolerance and Salvation in the Iberian Atlantic World (2009).